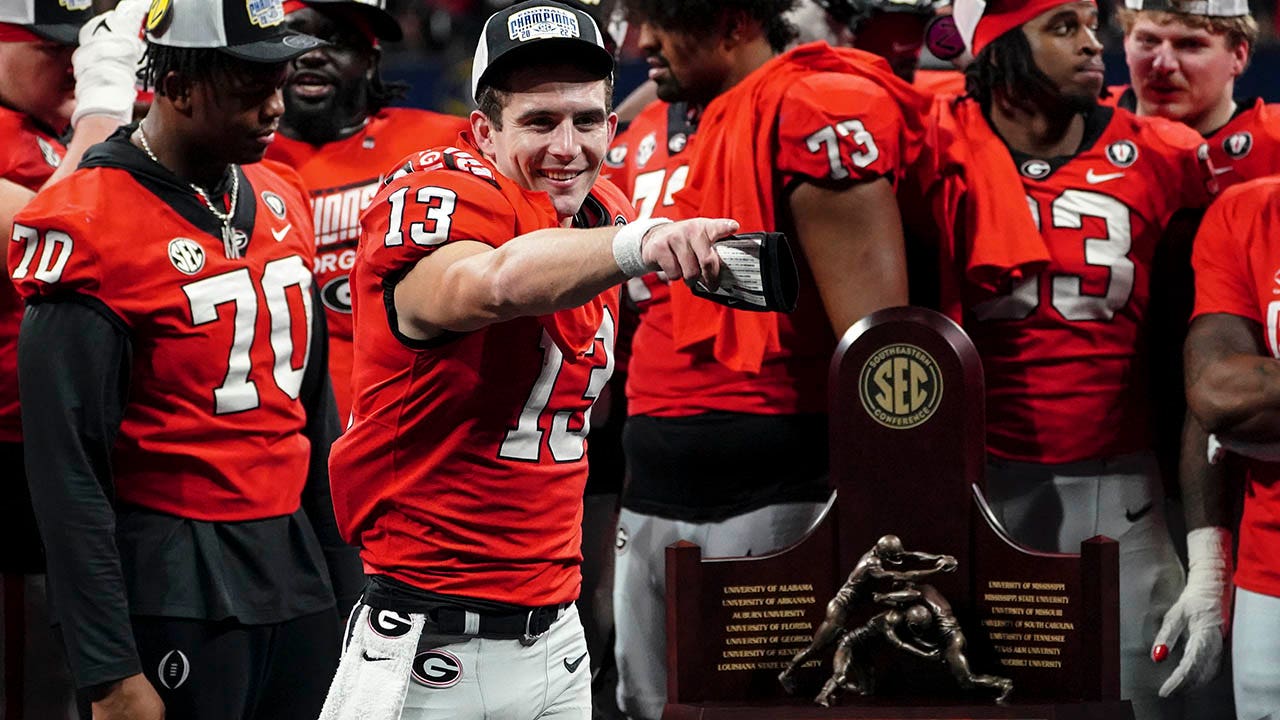 Georgia will have a chance to defend their national title and possibly win a second straight championship as they were named the No. 1 seed in the College Football Playoff.

Georgia blew out LSU in their SEC Championship matchup on Saturday.

Michigan and TCU will play each other in the Fiesta Bowl and Georgia will play Ohio State in the Peach Bowl.

The national championship will be played on Jan. 9 at SoFi Stadium in Inglewood, Calif.

This is a breaking news story. Check back for updates.