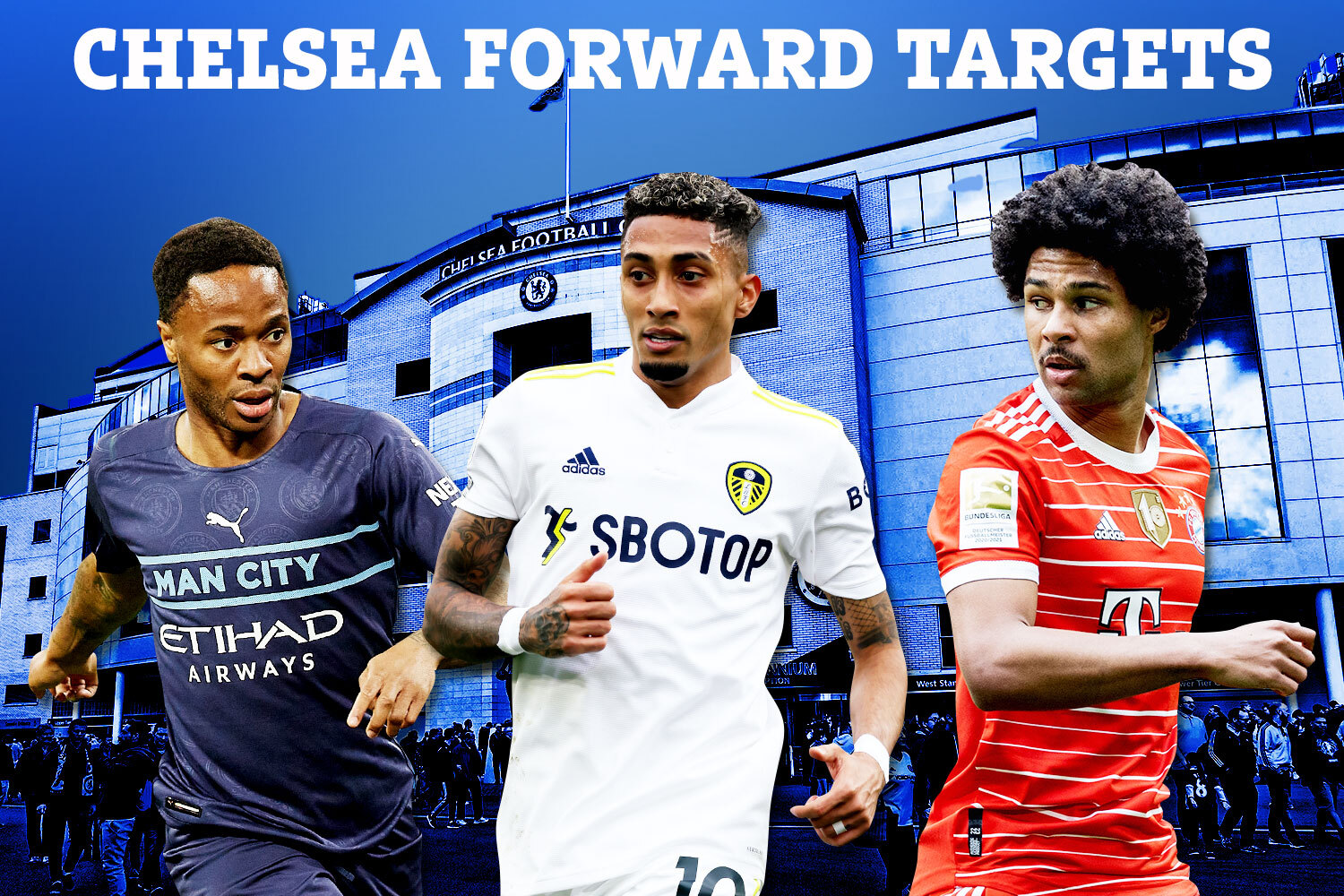 CHELSEA are looking for attacking reinforcements after the departure of Romelu Lukaku.

And bookmakers Betfair have revealed WHO are the most likely arrivals to replace the Belgium international at Stamford Bridge.

The Blues signed the 29-year-old from Inter Milan for £97.5million in August 2021, but he’s heading back to the Serie A heavyweights having struggled last season.

Lukaku scored 15 goals in all competitions for Chelsea but registered just three in the final 15 Premier League matches.

The Blues, now owned by Todd Boehly, could be set to make a splash in the transfer market and a forward is their top priority.

Betfair think that Barcelona’s Ousmane Dembele is the most likely signing at odds of 8/15.

The French winger will be available on a free transfer in just over a week with his contract set to expire.

Spanish publication Sport claim he’s got an offer on the table from Xavi’s side, but Tuchel is a big admirer of the 25-year-old.

Manchester City’s Raheem Sterling is also odds-on to join Chelsea this summer at 4/6.

But his days alongside Pep Guardiola could be numbered with his deal set to expire in June 2023.

Richarlison is offered at 5/2.

The Everton superstar has made his feelings clear that he’s looking for a new challenge but the Toffees are holding out for a whopping £70million.

Arsenal target Gabriel Jesus is 5/1 with City reportedly prepared to offload him after the arrivals of Erling Haaland and River Plate prospect Julian Alvarez.

Raphinha and Eden Hazard are locked together at 6/1, while PSG’s Neymar is further behind at 8s.

For help with a gambling problem, call the National Gambling Helpline on 0808 8020 133 or go to www.gamstop.co.uk to be excluded from all UK-regulated gambling websites.

*Place a min £10 bet on the Sportsbook on odds of min 1/2 (1.5), get £30 in Free Bets. Rewards valid for 30 days. SMS verification required. Only deposits via cards will qualify. T&Cs apply. Please Gamble Responsibly 18+ begambleaware.org