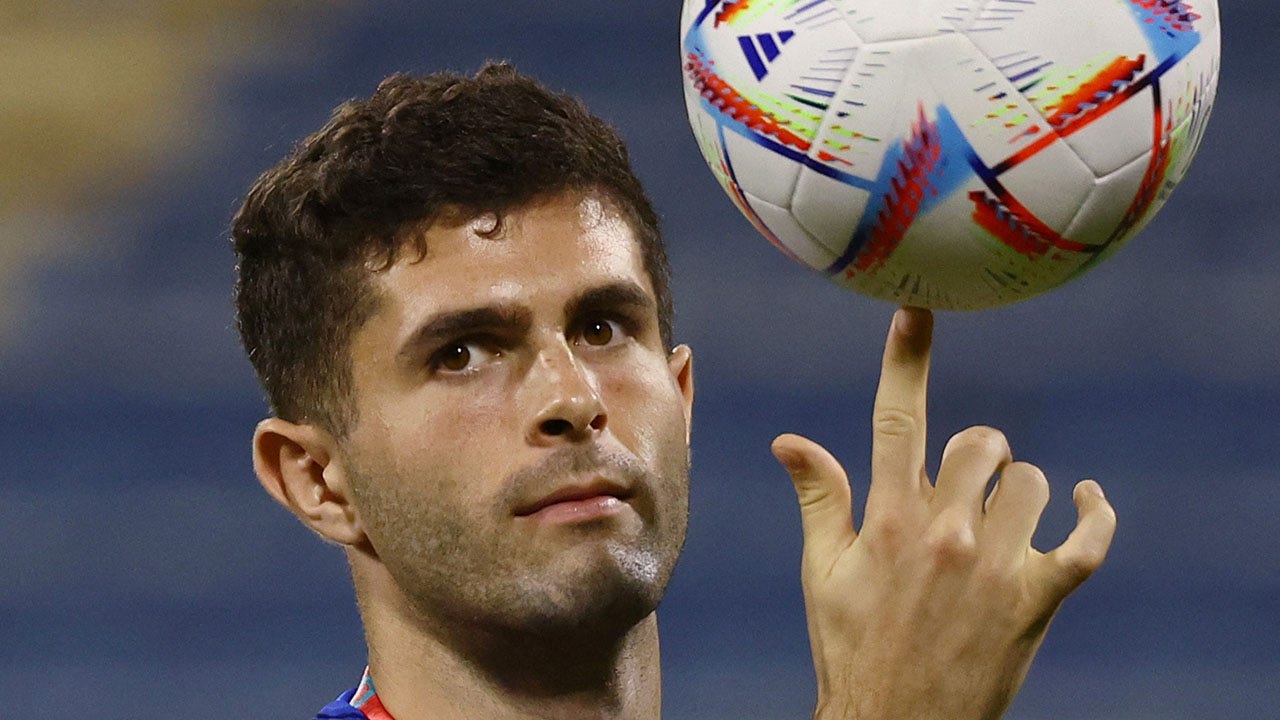 A picture of U.S. Men’s National Team star Christian Pulisic celebrating from a Qatari hospital bed went viral on Tuesday, after the USMNT beat Iran 1-0 in the World Cup.

The image shows Pulisic pumping his fist while hooked to medical equipment, with a mask around his chin and a hospital ID bracelet around his wrist. It’s captioned in Snapchat style, “So f**king proud of my guys I’ll be ready Saturday don’t worry [four praying hands emojis, three heart emojis].”

Pulisic was in the hospital because he suffered an abdominal injury after scoring the lone goal for the U.S. against Iran. He subbed out at halftime and went straight to the hospital for evaluation.

Less than an hour after the win — which put the U.S. into the World Cup knockout round where it’ll play Netherlands on Saturday — the photo started to circulate on social media. But Pulisic doesn’t have a very active social presence and his Snapchat is private, meaning only friends and family can see it.

No matter, Twitter accounts with tens of millions of followers like @FOXSoccer, @ESPN and @BarstoolSports all shared the image, and they all credited one particular account — @Adimitri24 – which had 12 followers on Tuesday afternoon.

So who the hell is @Adimitri24? And how did he get the instantly iconic Pulisic picture?

Austin Dimitri is an 18-year-old freshman at Millersville University in Pennsylvania. His mom Tricia played soccer as a kid. One of Tricia’s childhood soccer teammates was named Kelly. She grew up to marry Mark Pulisic, and they had a son named Christian.

Tricia and Kelly have remained friends as adults. On Tuesday, Kelly Pulisic texted Tricia a picture – THE picture – of Christian Pulisic celebrating in the Qatari hospital. It was a screengrab from Christian’s Snapchat account. Tricia then sent the screengrab to Austin.

“I was like holy sh*t,” Austin Dimitri recounted to OutKick.

Dimitri’s friend Ben Ross is a sideline photographer for the Philadelphia Union and Dimitri sent the Pulisic picture to him, with the simple question: “Bro, what do I do?”

Ross then sent it to a contact at Area Sports Network, which tweeted out the picture.

And The Rest Is History

Christian Pulisic of the U.S. as they train with players from a construction workers team.
(REUTERS/Kai Pfaffenbach)

Austin Dimitri watched with stunned amusement as the picture blew up. He told OutKick he was nervous Kelly Pulisic would be mad that her picture was shared. But Tricia told him that wasn’t the case at all.

Representatives from ABC reached out to Dimitri and his mom to learn the story. Dimitri, trying to capitalize on his 15 minutes, tweeted out his Cash App. He says he’s made about $30, largely due to a donation from a news reporter from Chelsea.

Dimitri admits he’s not a big soccer fan – “I’m a baseball guy,” he says – and is currently undecided on his major at Millersville. But he said he might declare marketing next semester.

A good Marketing 101 class project: the story of how a picture of Christian Pulisic celebrating from a hospital bed went viral.