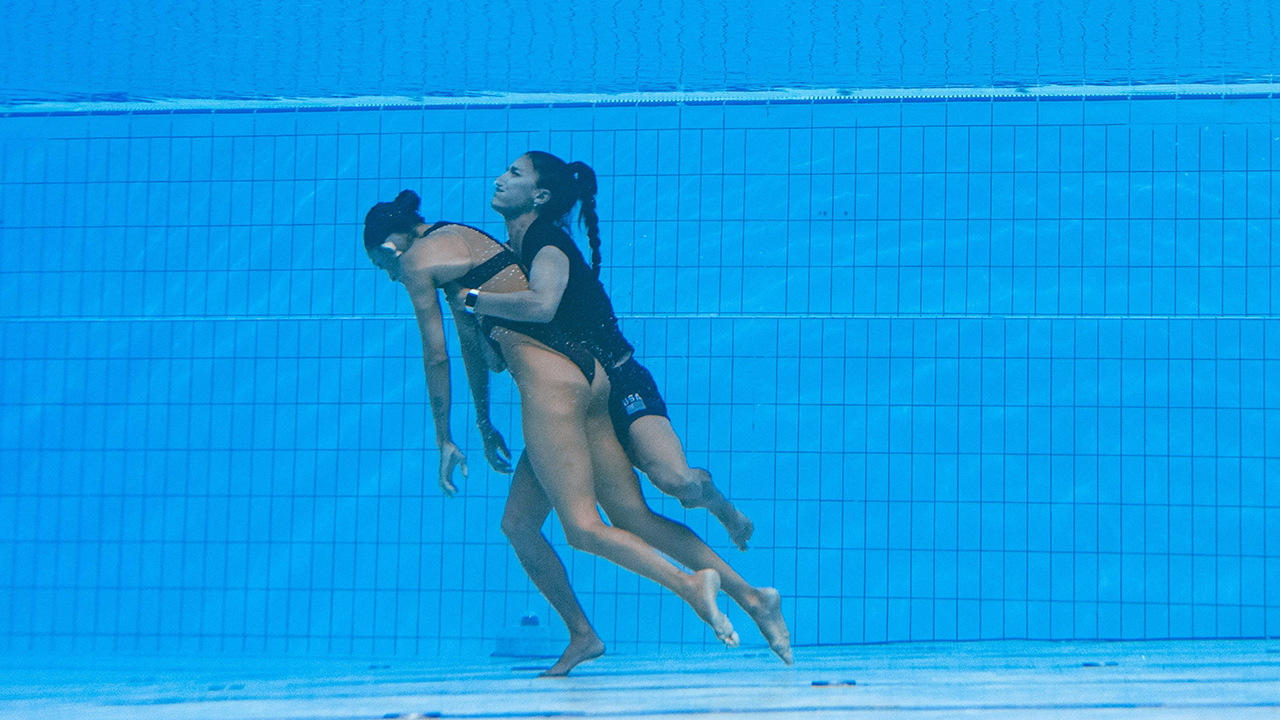 Andrea Fuentes knew immediately something was wrong when artistic swimmer Anita Alvarez failed to come up for a breath and sunk to the bottom of a pool during a solo free routine Wednesday.

Alvarez was competing at the swimming world championships in Budapest, Hungary, when she fainted.

Fuentes dove into the pool fully clothed to rescue the swimmer. Fuentes appeared on ABC’s “Good Morning America” and spoke about what she was thinking when she dove into the water to save Alvarez.

“When you finish, you really want to breathe because you hold your breath for a long time, and the first thing you want to do is breathe,” the coach said on the program.

“And I thought she was going down, so I was like, immediately, [I] knew that something was happening, so I went as fast as I could. And I reach her and grab her to the surface and tried to calm her down and make her breathe.”

Fuentes added in an interview with Spanish news outlet Marca she dove into the pool because she didn’t see the lifeguards doing it.

“I was scared because I could see she wasn’t breathing, but she’s feeling great now. She’s at her best,” she said.

Dramatic images were captured at the pool. Alvarez, a two-time Olympian, was given medical attention and was doing better Thursday.

A member of Team USA, right, recovers USA’s Anita Alvarez, left, from the bottom of a pool during the women’s solo free artistic swimming final at the Budapest 2022 World Aquatics Championships at the Alfred Hajos Swimming Complex in Budapest June 22, 2022.
(Oli Scarff/AFP via Getty Images)

“Anita is okay — the doctors checked all vitals and everything is normal: heart rate, oxygen, sugar levels, blood pressure, etc … all is okay. We sometimes forget that this happens in other high-endurance sports. Marathon, cycling, cross country … we all have seen images where some athletes don’t make it to the finish line and others help them to get there,” the statement said.

“Our sport is no different than others, just in a pool, we push through limits and sometimes we find them. Anita feels good now and the doctors also say she is okay. Tomorrow she will rest all day and will decide with the doctor if she can swim free team finals or not. Thank you for all of your well wishes for Anita.”

Alvarez plans to compete in Friday’s team event, Fuentes said, according to The Guardian.

“I’ve seen it happen to her before,” Alvarez’s mother told WIVB-TV. “Never in competition, though. I knew right away. On their last element, I could tell something was up.”