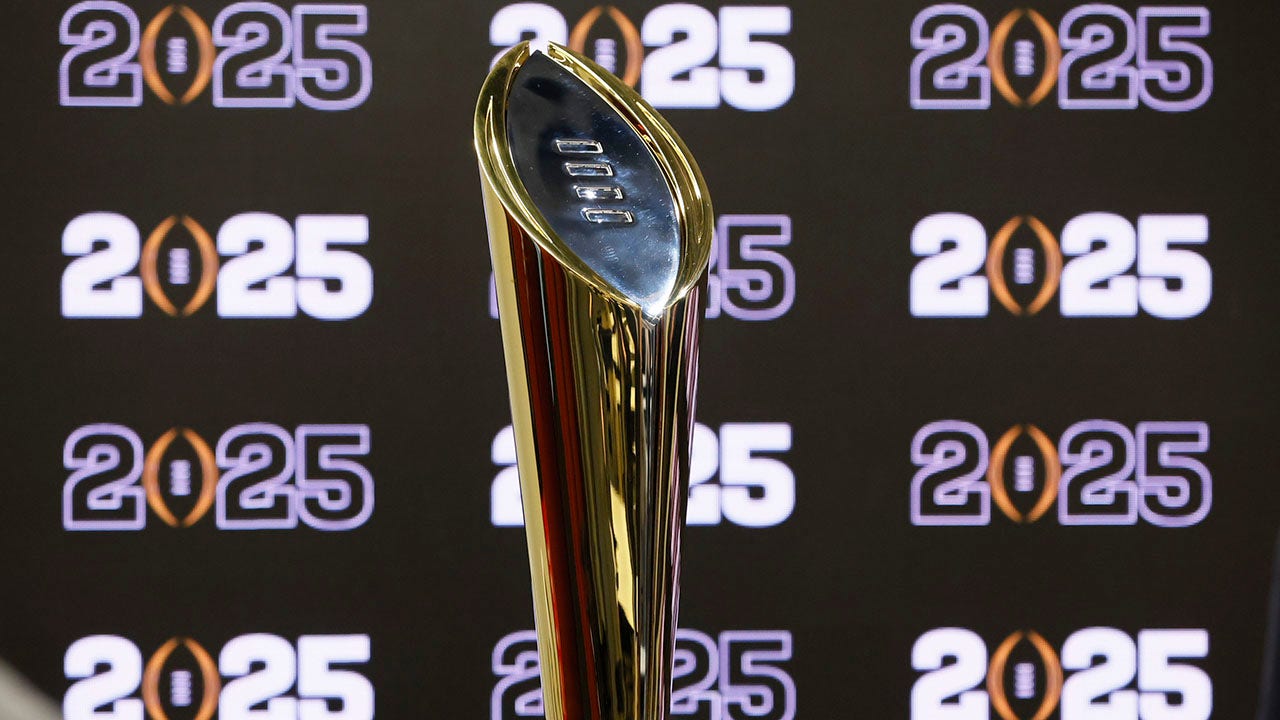 The conference commissioners who manage the College Football Playoff met for almost seven hours Tuesday to work on expanding the postseason system from four to 12 teams as soon as the 2024 season.

There is still much work to be done. “We will not wrap up this week,” CFP Executive Director Bill Hancock said.

The CFP management committee, comprised of 10 conference commissioners and Notre Dame’s athletic director, is scheduled to convene again at the Big Ten offices for a few hours Wednesday morning. They are set to meet again in person in Dallas on Oct. 20.

The National Championship Trophy is displayed following a news conference Aug. 16, 2022, in Atlanta, announcing that the CFP National Championship NCAA college football game will be played at Mercedes-Benz Stadium in 2025. The conference commissioners who manage the College Football Playoff met for almost seven hours Tuesday, Sept. 27, to work on expanding the postseason system from four to 12 teams as soon as the 2024 season. There is still much work to be done.
(Jason Getz/Atlanta Journal-Constitution via AP, File)

Expansion talks were revived by the university presidents and chancellors who oversee the College Football Playoff last month.

By adopting a 12-team plan that had been on the table since the spring of 2021, the presidents pushed the commissioners to try to implement a new format before the end of the CFP’s current contract with ESPN. That deal ends after the 2025 season.

Expanding from four to 12 in 2024 and ’25 will require rescheduling semifinals and championship games that already have dates and sites set, plus adding four new first-round games in mid-December to be played on campus sites.

Squeezing it all into about a month and working around the NFL for television will be challenging.

Hancock said the idea of moving up the start of the college football season to the week before Labor Day to create more room at the end for the playoff has been discussed, but more for beyond the 2025 season.

“I think most people view that as a future item. As long-term item and not an immediacy item,” Hancock said. “Remember, there’s so many details.”

Hancock said CFP officials have spoken to bowl partners and hosts cities that are set to hold semifinals and championship games after the 2024 and ’25 seasons, but they have not been presented definitive new dates.