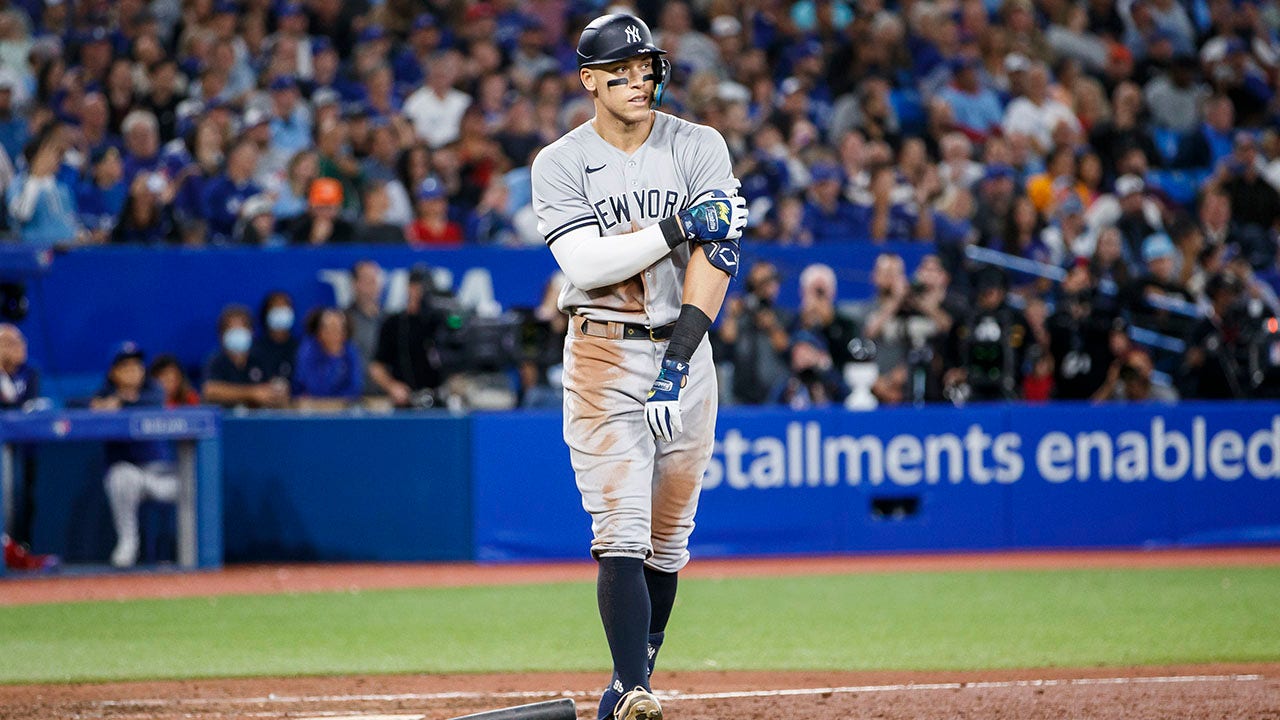 Aaron Judge has walked 12 times since hitting his 60th home run of the season, a span that’s reached seven games.

One-third of those walks came in Tuesday’s AL East-clinching win against the Toronto Blue Jays.

Judge went 0-for-1 with four walks, and he faced a full count in all five plate appearances. It was just the second time in his career he was walked four times, matching a mark he accomplished Sept. 4, 2017.

Aaron Judge of the New York Yankees walks in the eighth inning of a game against the Toronto Blue Jays at Rogers Centre Sept. 27, 2022, in Toronto.
(Cole Burston/Getty Images)

Even Blue Jays fans were booing the free passes because it has hurt Judge’s chances of tying and breaking Roger Maris’ AL record of 61 home runs.

Connecticut governor Ned Lamont tuned into the game and also was annoyed at the lack of pitches to hit.

Aaron Judge of the New York Yankees is walked against the Toronto Blue Jays in the third inning during a game at the Rogers Centre Sept. 26, 2022, in Toronto.
(Mark Blinch/Getty Images)

“Last night, I tuned in to watch Aaron Judge to see if he could break Roger Maris’ home run record,” the governor said in an Instagram post. “Instead, I saw the Toronto Blue Jays walk him four straight times. Nothing more boring than watching a home run hitter get walked over and over again.”

So, Lamont is calling for a rule change to get Judge to the magic number.

“New rule, let’s try this out: You walk a slugger like Aaron Judge once, he takes first base. You walk him twice in the same game, he gets first base and second base. Walk him three times in a game, you get the idea. And you walk him four times like Toronto did last night, you might as well pitch to him. It’s the equivalent of a home run. Let the batter bat.”

Judge is leading off for the Yankees with a B-lineup behind him because the Yanks are resting most of their starters after clinching the division Tuesday. The Blue Jays are still vying for a postseason spot themselves, so naturally, Judge walked in his first plate appearance, prompting a troll job from color commentator David Cone.

He has seven more games after Wednesday in his home run chase.