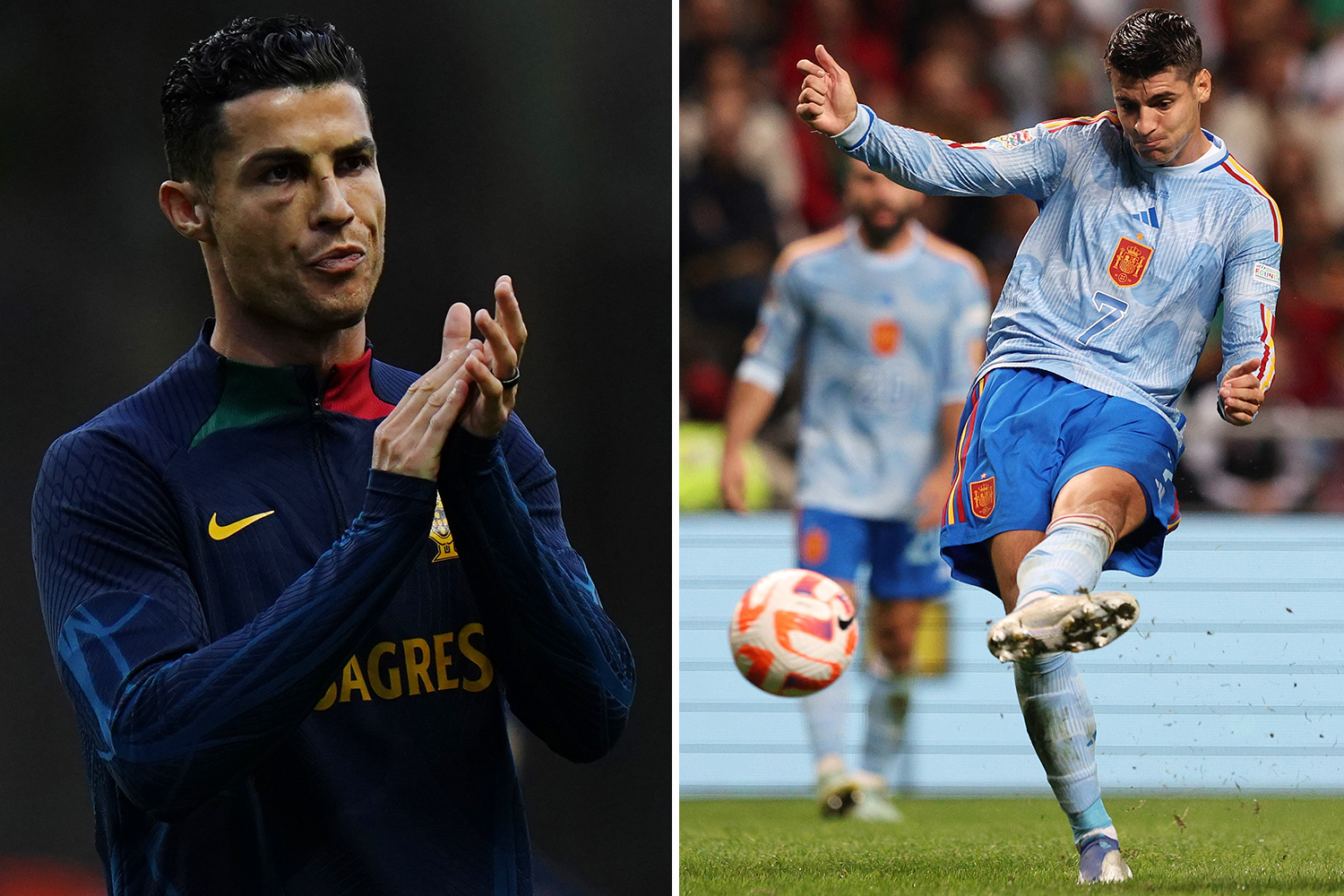 The defeat means Ronaldo and Portugal miss out on the last four of the Nations League with Spain overtaking them to finish top of group A2.

CR7 showed off his black eye days after being whacked in the face by Czech Republic goalkeeper Tomas Vlacik.

The striker was left in a bloody mess following the collision but later returned to the pitch with a bandage on his nose.

He then conceded a penalty with his hand and fans joked he was trying to protect his nose.

Ronaldo still had not fully recovered for the Spain clash with a bruise around his eye still visible.

But the superstar will likely feel more pained by Portugal’s exit from the Nations League, having won the competition in 2019.

To make matters worse, Ronaldo’s Spanish girlfriend Georgina Rodriguez watched on from the stands in Braga.

Portugal had dominated the match but Spain stayed in the contest and in the 88th minute a long ball into the box from Dani Carvajal was headed by Nico Williams across to Morata, who lashed it into the net to silence most of the sold-out stadium.

Spain finished top of League A-Group 2 on 11 points from six games, one point above second-placed Portugal who only needed a draw to secure a place in the semi-finals.

The Spaniards join Croatia, Italy and the Netherlands in next year’s finals tournament.

After brawl: man dies after visiting a disco in the Upper Palatinate

Arizona Sen. Kyrsten Sinema Says She Is No Longer a Democrat