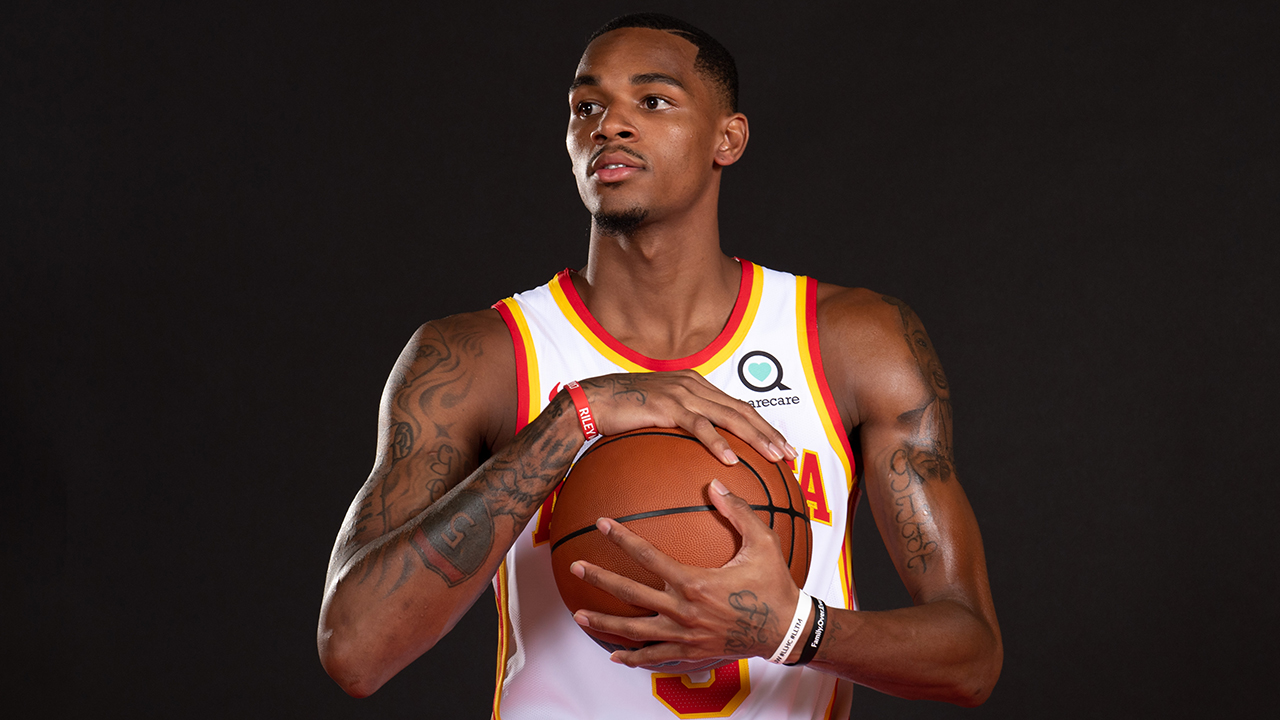 Atlanta Hawks star Dejounte Murray and Orlando Magic rookie Paolo Banchero appeared to be frustrated with each other following a pro-am summer league game over the weekend.

Video posted to social media showed Murray fake out Banchero during a game against each other and then throwing the ball off the backboard and dunking. The incredible display of basketball was followed up by Murray getting into Banchero’s face following the slam.

After the game, Banchero wondered on Instagram why Murray was making things “personal.”

Dejounte Murray of the Atlanta Hawks talks to the media during the introductory draft press conference on July 1, 2022 at State Farm Arena in Atlanta.
(Adam Hagy/NBAE via Getty Images)

“Lol unfollowed me on tha gram n everything it must be personal huh? That’s fine us make sure u guard up next time n stop sending doubles family,” he wrote.

Murray had a response.

“You tried to flex that #1 pick s—t on me when I been rooting for you when you was a kid asking to rebound for me @paolo5. Don’t get on this internet saying nothing… You changed from the humble kid you always was and I stand on real s—t boy and YOU KNOW!!!!!!!! You made it and changed and I lost all respect!!

SHAQ’S SON FIRES BACK AT CRITICISM FROM NBA CHAMPION: ‘YOU KNOW WHO RAISED ME’

Dejounte Murray poses for a portrait after the introductory draft press conference on July 1, 2022 at State Farm Arena in Atlanta.
(Adam Hagy/NBAE via Getty Images)

“Stay humble. This life you in now is REAL and ain’t no joke!!! I STILL WANNA SEE YOU WIN cause that’s WHO I AM!!!”

The Hawks acquired Murray from the Hawks in the offseason, and with Banchero on the Magic, the two teams are going to play each other numerous times throughout the upcoming season.

Paolo Banchero, #5 of the Orlando Magic, poses during the 2022 NBA Rookie Portraits at UNLV on July 15, 2022 in Las Vegas.
(Gregory Shamus/Getty Images)

Orlando made Banchero the No. 1 pick of the NBA Draft earlier this year.