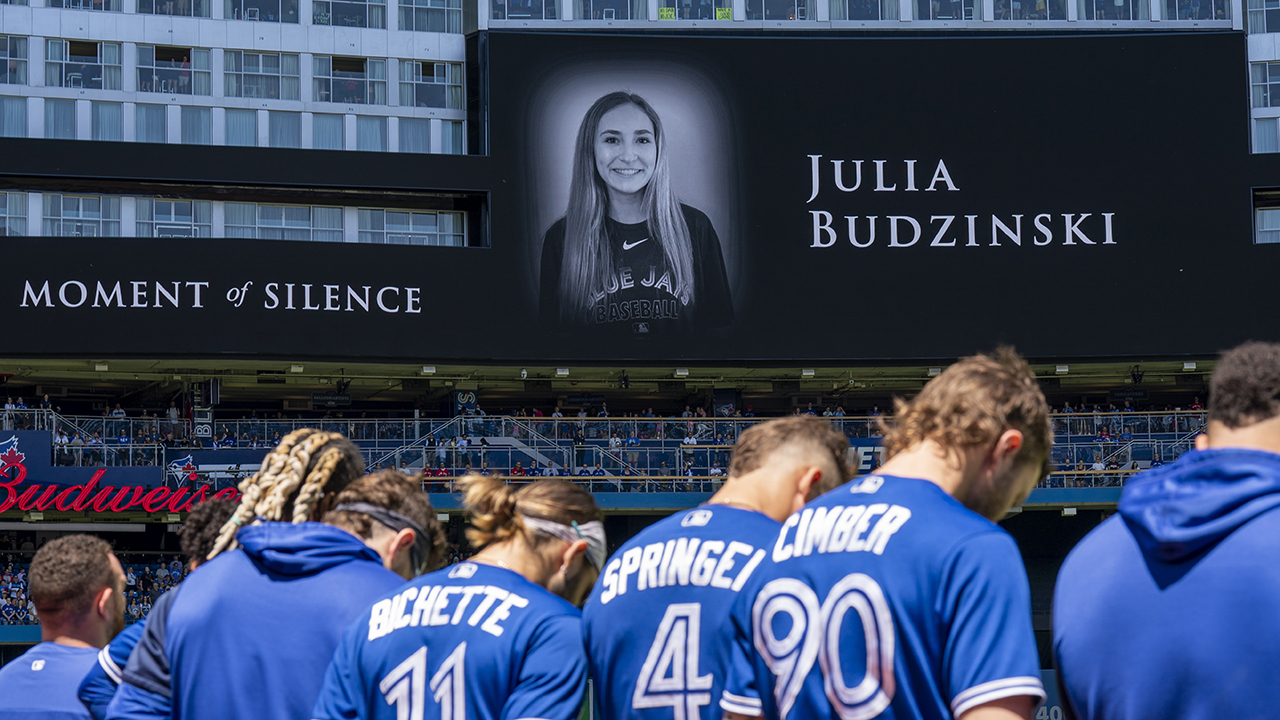 Julia Budzinski, the 17-year-old daughter of Toronto Blue Jays first base coach Mark Budzinski, was remembered in a vigil as more details were revealed about her death.

Virginia Department of Wildlife Resources spokesperson Paige Pearson said Monday the teen was one of two girls who fell off a tube being pulled by a boat on the James River in Richmond.

The boat operator returned to try and get the girls out of the water when the vessel hit a wave, causing it to be pushed on top of Budzinski and striking her with the propeller, Pearson said. The boat driver and the operator of another boat passing by jumped into the water to try and save Budzinski.

She was later pronounced dead at a hospital.

“It was a terrible accident,” Pearson said, adding no foul play was suspected nor was alcohol a factor.

A vigil was held at Glen Allen High School in Virginia. Julia Budzinski was a multisport athlete, a National Honor Society member and involved with the Fellowship of Christian Athletes.

“It was a very happy, fun last day on Earth for her,” her mother, Monica, said at the vigil Sunday. “She was happy, laughing, having a good time and that’s the way I’m going to remember her.”

The Blue Jays held a moment of silence for Julia at the Rogers Centre on Sunday.

Blue Jays first base coach Mark Budzinski in the dugout before the Oakland Athletics game at Rogers Centre in Toronto on Sept. 3, 2021.
(Nick Turchiaro-USA Today Sports)

“The Budzinskis have been part of our Blue Jays family over the last four seasons,” general manager Ross Atkins said in a statement. “This devastating loss is felt by our entire organization and we grieve alongside Bud and his family. I have known Bud for more than 25 years and have always admired his commitment as a dad and husband first. He is loved and well-respected by our entire clubhouse and holds a special place in all our hearts.”

Mark Budzinski left the dugout Saturday to be with his family. Blue Jays manager Charlie Montoyo left the game as well. Montoyo said he understood that things were bigger than the game of baseball. His youngest son was born with a rare heart defect and has undergone several surgeries.

“It’s not about me, but I always got the pictures of my son (on my desk) because I know life could always be worse,” Montoyo said, via The Athletic. “The moment that happened, my heart’s with Bud. The game? We got enough coaches that can do their job, so that’s why my job was to be with Mark.

“There are good men and great men. He is a great man. Everybody would ache for anybody. But he’s a special kind of person.”

Blue Jays’ Santiago Espinal celebrates with first base coach Mark Budzinski after hitting a single against the Boston Red Sox on June 29, 2022, in Toronto.
(Christopher Katsarov/The Canadian Press via AP)

Mark Budzinski has been in baseball for several seasons. He played four games for the Cincinnati Reds and retired as a player in 2005. He managed in the Cleveland Indians’ minor league system for a few years and joined the organization’s big league staff in 2017.

He has been with Toronto since November 2018.