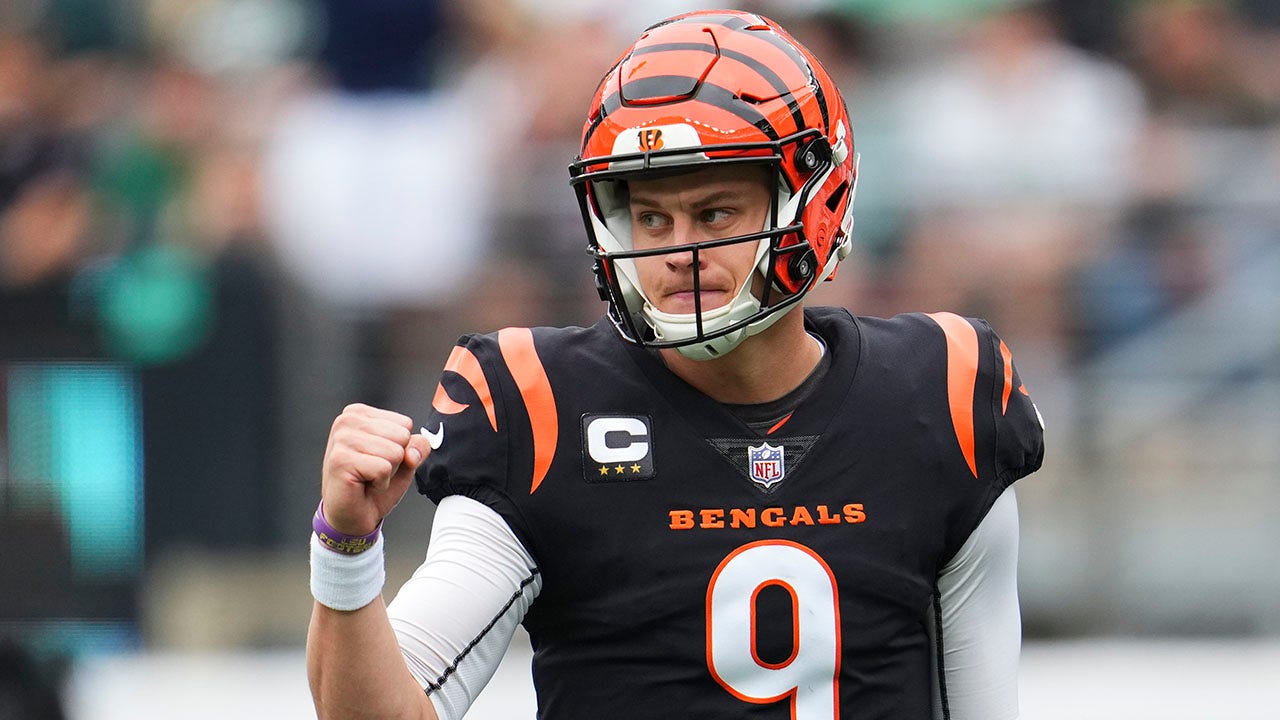 Miami Dolphins head coach Mike McDaniel had high praise for quarterback Joe Burrow, commenting on his “swag” both on and off the field ahead of their Thursday night matchup against the Cincinnati Bengals.

During a press conference on Tuesday, McDaniel didn’t hold back when asked about his observations of Burrow as a young quarterback in the NFL, calling him “one of the true young flag bearers of our league.”

“Well, coming off the bus, I see swag. And then on the field – which yeah, I have a sound place in my heart for that,” he said with a laugh. “I appreciate guys, that you know, you’re the No. 1 pick in the draft. That is a burden for some. It was a blessing for him and I really respect guys that come out, take all that hype and do justice by it or exceed it.”

DOLPHINS ‘HAPPY TO COMPLY’ WITH NFLPA PROBE INTO TUA TAGOVAILOA’S RETURN, HIS STATUS FOR BENGALS GAME IN DOUBT

Burrow’s rookie season was cut short when in November 2020, he suffered a serious knee injury in a game against the Washington Commanders. He tore his ACL, MCL, and sustained other structural issues in his left knee.

The following season he would come back to lead the Bengals to the Super Bowl for the first time since 1988, where they would eventually lose 23-20 to the Los Angeles Rams.

The Bengals are off to a 1-2 start after picking up their first win of the season on Sunday over the New York Jets – even so, McDaniel is impressed by what he’s seen.

“The guy has great vision and awareness. He’s very mobile both within the pocket, staying a passer and escaping to run. Great touch. Great accuracy. And he really not only makes plays for their offense, but he helps other players make plays because of his ball location,” McDaniel said. “So he’s one of the true young flag bearers of our league that does a great job and it’s a tremendous challenge for our defense to go out there and face him really.”

The Dolphins could be without quarterback Tua Tagovailoa this week after he experienced soreness in his back and ankle following a tough game against the Buffalo Bills. McDaniel said they are hoping to know his availability for the game by Wednesday or Thursday morning.

“I can tell in his voice, he’s literally going to do everything he can and in his power… I know that he’s going to do everything he can to play. So I’ll know that if he doesn’t play that it literally was not possible and we’re just taking measures accordingly for Teddy (Bridgewater) beyond that. But I’m happy with the way he’s so far progressed and feel very optimistic because of how he’s going about it.”