EDDIE HALL spoke out for the first time after defeat to Hafthor Bjornsson – which left him with a horror eye cut.

And Hall, who was twice floored, fought from the first round onwards with a gruesome gash on his right eye.

But the brave Brit battled on until the final bell – and took ‘biggest man on the planet’ – nicknamed Thor – the whole six-round distance.

“At the end of the day I’ve just fought the biggest man on the planet in a boxing match. I’d like to see anyone else get the balls and do that. 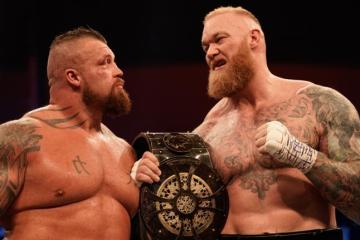 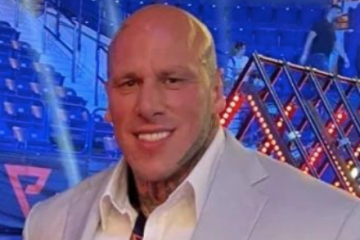 “It’s been a hell of a journey; I’ve enjoyed it and hopefully there’s a rematch and we can do business again.

“I want to wish everyone out there.. that you’re staying safe, sating positive and you keep moving forward in life.”

Hall scored an eight-count in round two but had to get himself up from the canvas on two occasions.

It saw him beaten unanimously on the cards and left to congratulate strongman rival Bjornsson, 33.

“It was fun to box literally one of the biggest men on the planet.

“No excuses at all from me just tonight the better man won. Well done to Thor and hope everyone’s staying safe.”