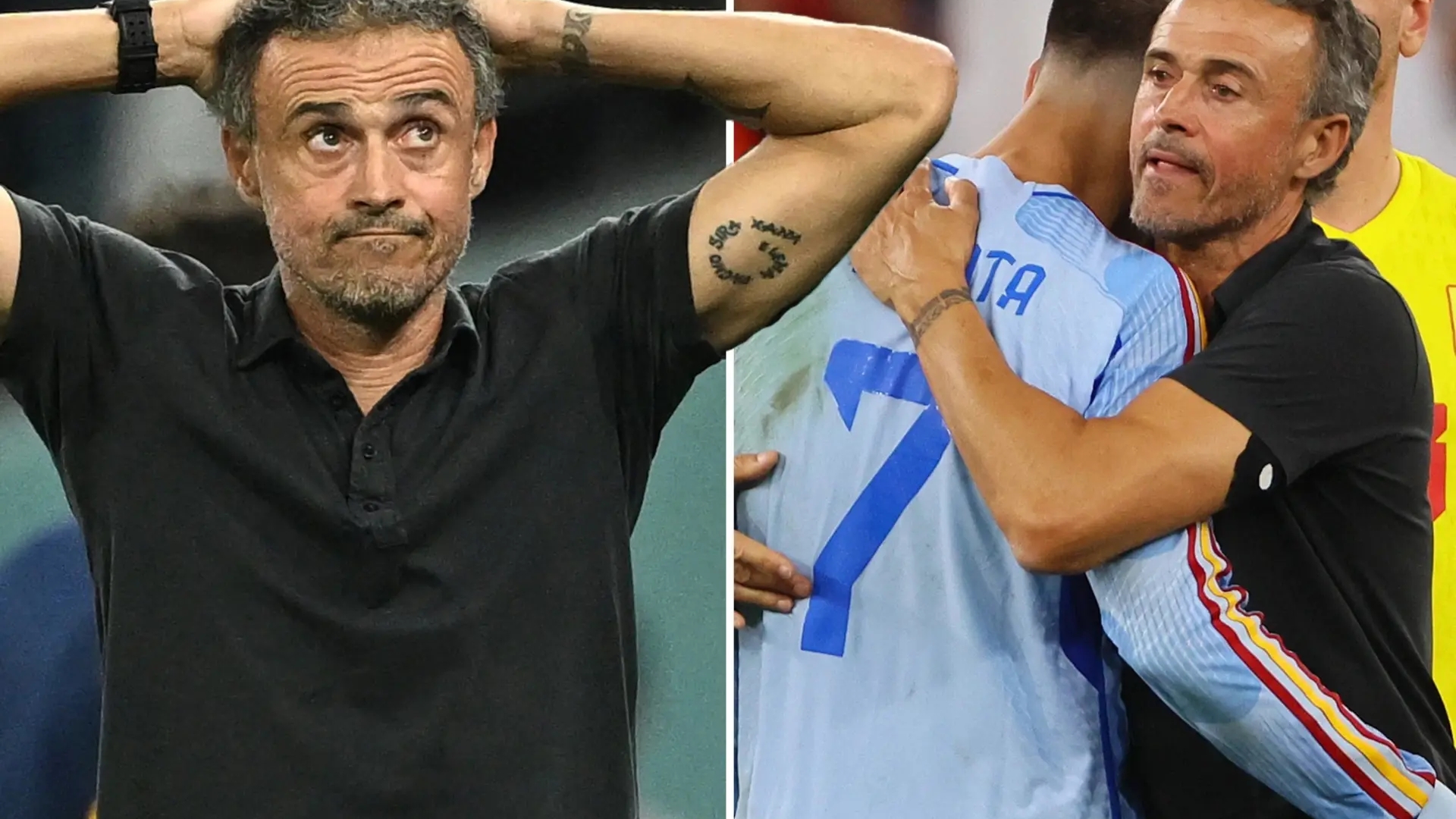 SPAIN boss Luis Enrique instructed his squad to each take 1,000 penalties before their shoot-out defeat to Morocco.

Enrique’s side were knocked out in the World Cup last-16 after failing to convert a single spot-kick.

The match ended 0-0 with Spain dominating possession, before Morocco showed their class with a 3-0 penalty shoot-out win.

Pablo Sarabia, Carlos Soler, and Sergio Busquets all missed for Spain despite manager Enrique telling his squad to practice at least 1,000 penalties before jumping on the plane to Qatar.

Enrique was keen to avoid a repeat of Spain’s penalty shoot-out defeat to Italy in the semi-final of Euro 2020.

The Spain boss said: “I imagine that they have done their homework.

“Over a year ago, in one of the Spain camps, I told them they had to get here with at least 1,000 penalties taken. If you wait until getting here to practise penalties… [it won’t be enough].

“It’s a moment of maximum tension, a time to show your nerve and that you can shoot the penalty in the way you have decided, if you have trained it a thousand times. It says a lot about each player.

“We have a very good goalkeeper, any of the three can do very well in this situation. Every time we finish training, I see a lot of players taking penalties.”

Morocco will now face Portugal or Switzerland after reaching the World Cup quarter-final for the first time ever.