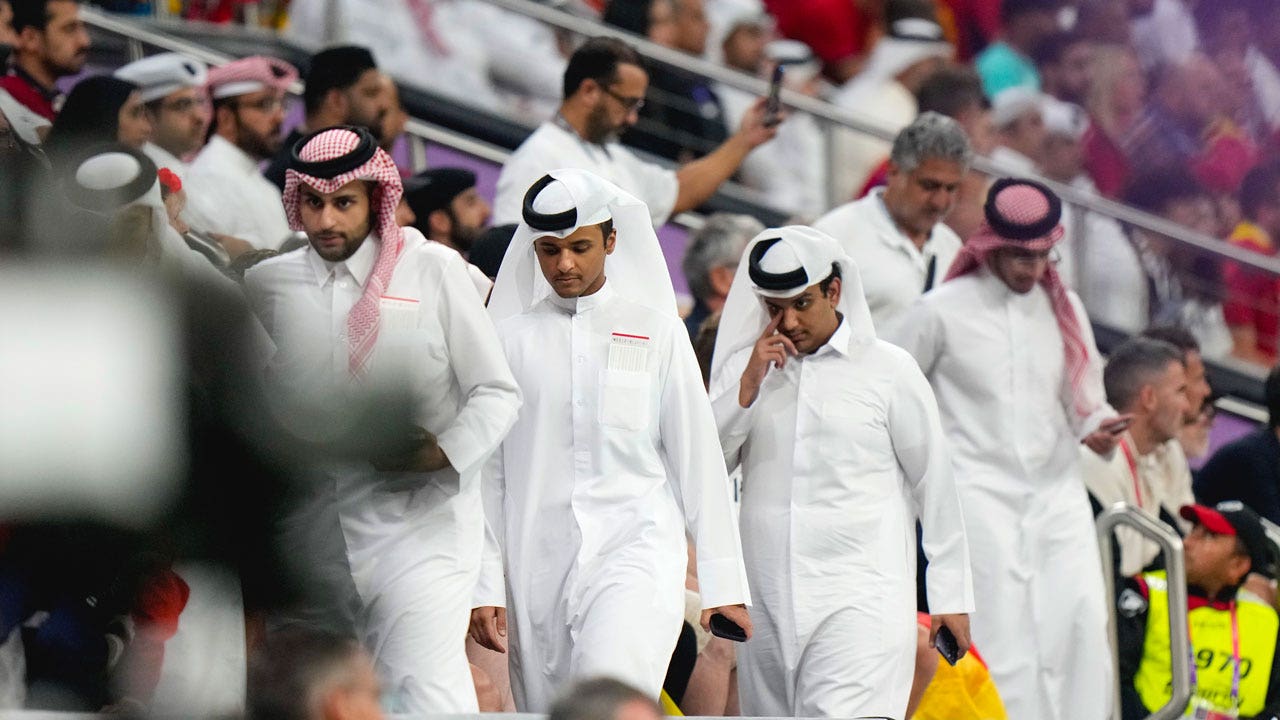 Former Germany forward Sandro Wagner is under fire for a disparaging remark he made about Qatari men’s traditional attire while commentating for TV during Germany and Spain’s World Cup match on Sunday.

Wagner was commentating on the teams’ 1-1 draw for German broadcaster ZDF when he said in the 79th minute he thought one end of the Al Bayt Stadium in Al Khor was full of German fans.

“Only then did I realize that they are the Qatari bathrobes,” Wagner said

Wagner was referring to the thaub, the traditional white full-length robes with long sleeves worn by many men in the region.

Men dressed in traditional Qatari thaubs are seen during a match between Spain and Germany, at the Al Bayt Stadium in Al Khor, Qatar, on Nov. 27, 2022.
(AP Photo/Luca Bruno)

ZDF replied to some of the complaints on Twitter with a short statement: “Sandro Wagner’s comments about the thaub unfortunately occurred during an emotional phase of the game. He’s not permitted (to say that). We’ll talk about it.”

Wagner previously made eight appearances for Germany and played for Bayern Munich among a host of German clubs.

During the game, Qatari fans protested against the Germany team by covering their mouths while holding pictures of former Germany player Mesut Özil, a target for racist abuse in Germany following the team’s early exit from the World Cup in 2018.