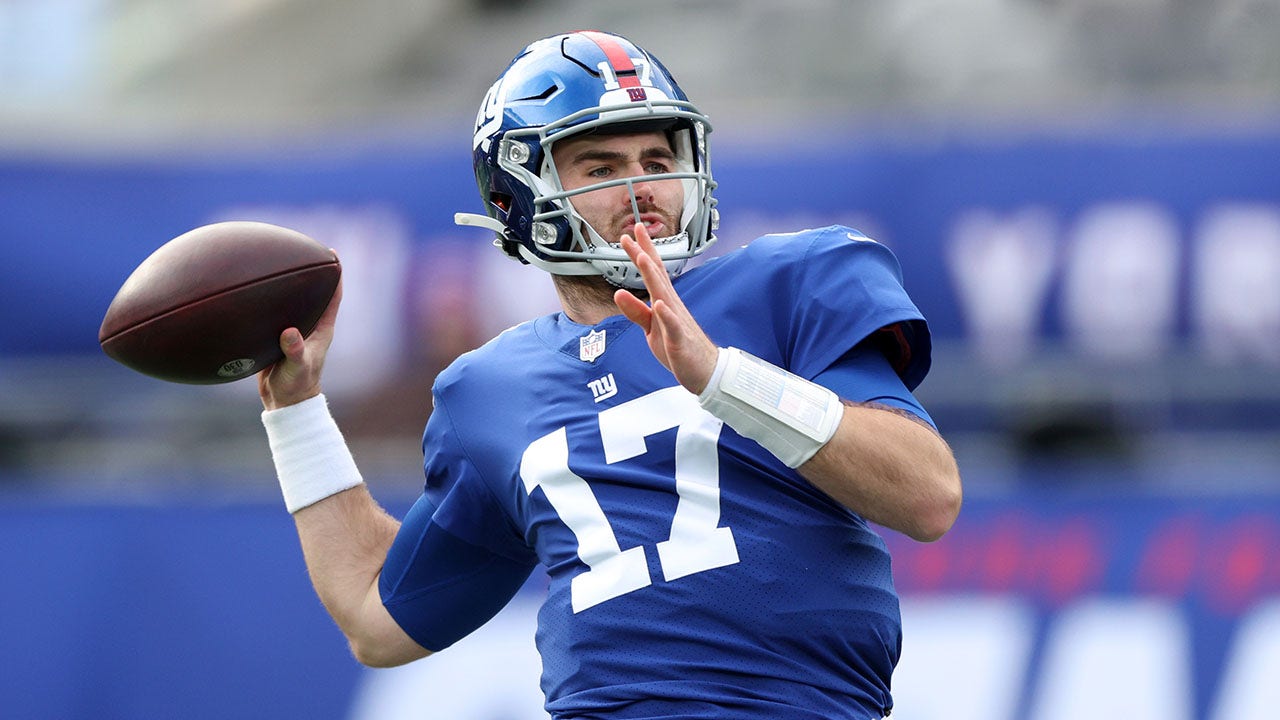 With Daniel Jones suffering an ankle sprain and Tyrod Taylor getting a concussion on Sunday, the New York Giants brought in two quarterbacks as potential starting options for their Week 5 matchup in London.

Jake Fromm and AJ McCarron both visited the team in East Rutherford on Tuesday ahead of their game against the Green Bay Packers.

Jake Fromm #17 of the New York Giants warms up before the game against the Washington Football Team at MetLife Stadium on Jan. 9, 2022 in East Rutherford, New Jersey.
(Elsa/Getty Images)

Fromm has experience both with head coach Brian Daboll and the Giants, but on separate occasions.

Fromm was in Buffalo in 2020 and 2021 while Daboll was their offensive coordinator. He was scooped from their practice squad by New York and started two games for the Giants last year and was the quarterback when Joe Judge called for back-to-back QB sneaks from inside the Giants own five-yard line. He was fired two days later.

McCarron, too, was with the Bills entering the 2018 season, but was traded to the Raiders before the regular season began. He spent last season with the Atlanta Falcons.

AJ McCarron #5 of the Atlanta Falcons looks to pass against the Miami Dolphins during a preseason game at Hard Rock Stadium on Aug. 21, 2021 in Miami Gardens, Florida.
(Michael Reaves/Getty Images)

Jones suffered his ankle injury in the third quarter, prompting the Giants to go with their backup in Taylor. When he suffered his concussion, Saquon Barkley took snaps at quarterback. Jones returned the game, but seemingly only out of necessity.

Daboll told reporters Monday that it’s a sprain, but wouldn’t refer to whether it was high or the severity of it.

The Giants could also elevate Davis Webb from the practice squad, who is in his second tenure with the team.

Jake Fromm #17 of the New York Giants attempts a pass against the Philadelphia Eagles during the first half at Lincoln Financial Field on Dec. 26, 2021 in Philadelphia, Pennsylvania.
(Scott Taetsch/Getty Images))

The Giants have benefited from an easy schedule, starting out 3-1. It’s the first time they are over .500 through four weeks since 2009.

Will an Influential Conservative Brain Trust Stand Up to Trump?