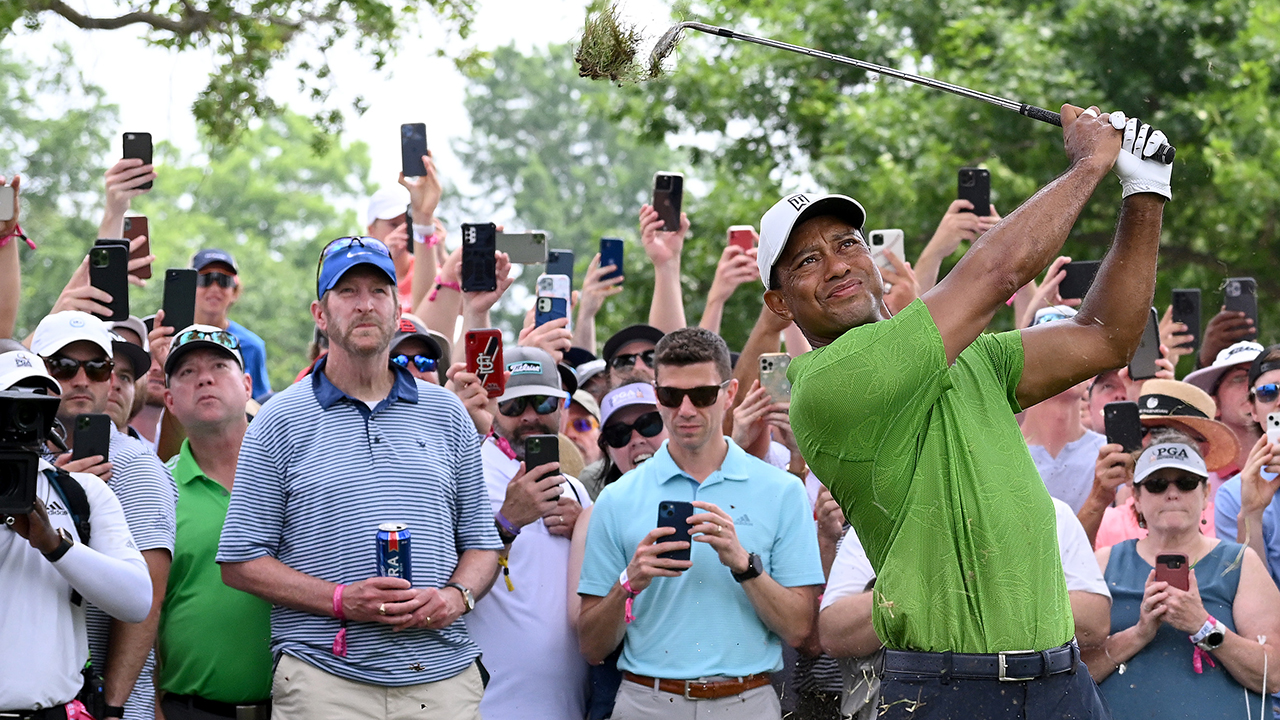 A Missouri man who gained fame by simply being photographed watching Tiger Woods at the PGA Championship has earned himself some free beer and even his own merchandise.

Mark Radetic went viral last week after he was photographed watching Woods attempt a shot in the second round of the PGA Championship at Southern Hills Championship Course in Tulsa, Oklahoma.

Tiger Woods plays his second shot on the first hole of the PGA Championship at Southern Hills Country Club on May 20, 2022, in Tulsa, Oklahoma.
(Ross Kinnaird/Getty Images)

The kicker? Radetic was one of the few individuals in the photo not holding a cellphone, simply watching the golf great play in a major while holding a Michelob Ultra.

“It really took off because everybody was on their cam except me, and I was holding a Michelob Ultra,” Radetic said, according to KMOV St. Louis. “They said they want to do an ad campaign around it. Ultra has offered to give me, as they said, copious amounts of Ultra.”

Mark Radetic holds his beer instead of a cellphone as Tiger Woods plays a shot during the PGA Championship on May 20, 2022 in Tulsa, Oklahoma.
(Ross Kinnaird/Getty Images))

In today’s world, when everyone is documenting everything, the photo of Radetic simply savoring the moment seemed to resonate with the public. Michelob Ultra quickly capitalized on the viral moment, creating merchandise of the man who just wanted to enjoy a round of golf.

On Thursday, Michelob Ultra continued to capitalize, posting two potential limited–edition beer cans with the photo of the fan to Twitter.

“It’s been crazy,” Radetic told The 73rd Hole podcast. “It’s been absolutely crazy. Something that’s been unbelievable. Never in my wildest dreams did I think, standing there, watching Tiger Woods hit a shot and me holding a beer, that it would turn into this. It’s been a lot of fun. It’s been crazy.”

Tiger Woods during the second round of the PGA Championship in Tulsa, Oklahoma.
(Ross Kinnaird/Getty Images)

Radetic – an Android man – told the podcast he was simply “living in the moment” and adhering to the rules of the course, which asked patrons to not take photos of the players within 100 yards.

PGA CHAMPIONSHIP: JUSTIN THOMAS OUTLASTS WILL ZALATORIS IN THRILLING PLAYOFF ROUND FOR VICTORY

“I’ll be honest with you, I’m not very good with my phone, the video and stuff… And as they say ‘live in the moment.’ I wanted to watch him hit the ball because it was a tough second shot,” Radetic said. “Also, they had signs up that said ‘do not take pictures of any player within 100 yards.’ As you see, nobody paid attention to that. I put my phone down and just held onto my beer.”