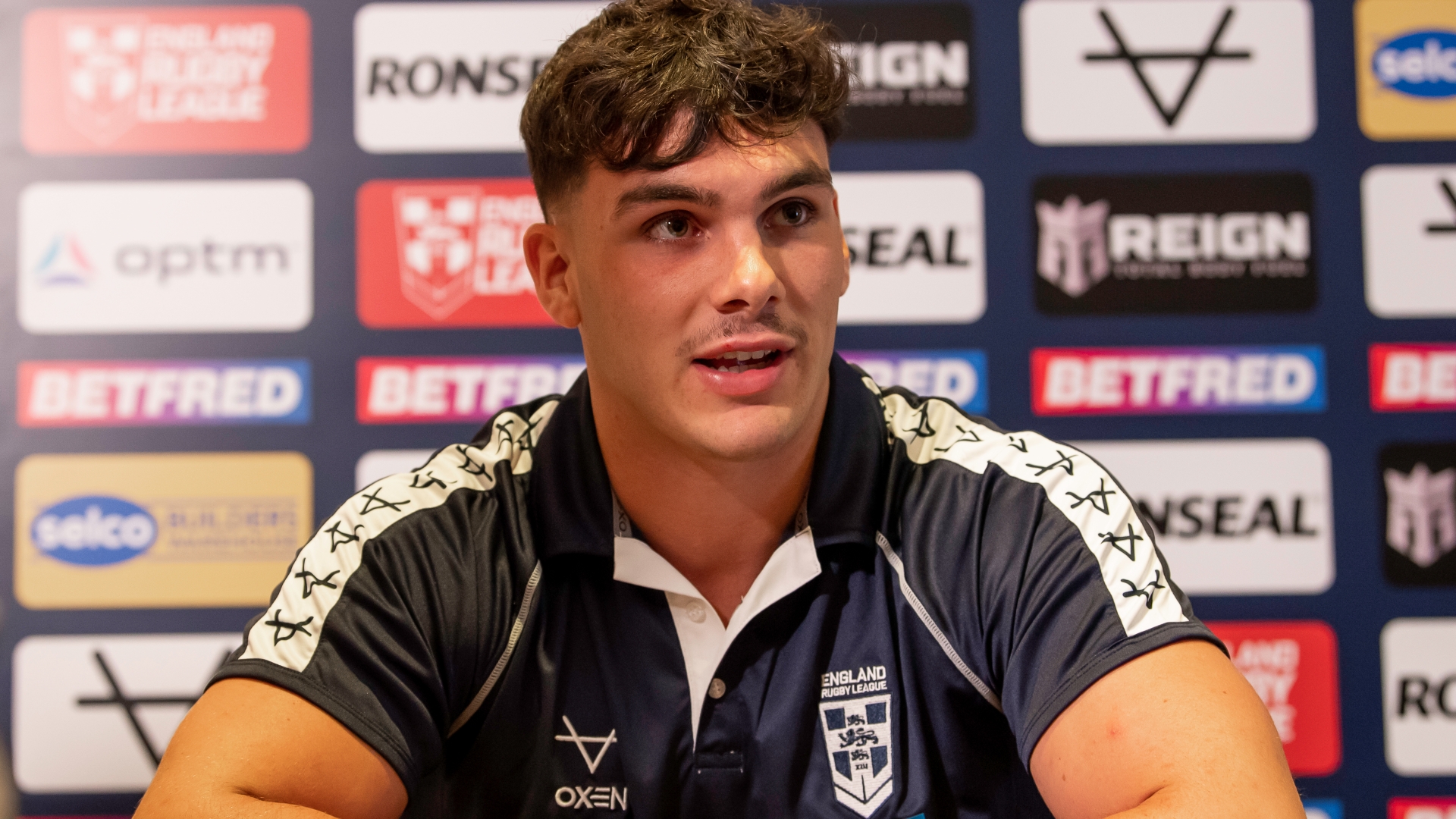 HERBIE Farnworth can be England’s boy from the Blacko stuff that helps them to a World Cup victory.

But his journey to the national side is certainly not your usual one in rugby league.

Growing up in the Lancashire village of Blacko, Farnworth trained with Manchester United, Manchester City and Burnley after his football talent was spotted.

They never came to anything but after being trained by uncle Brian Foley, Wigan’s former head of youth development, he moved to Australia and tried to make it in the 13-a-side game.

That gamble as a 17-year-old worked as he is now in Shaun Wane’s England squad after impressing at NRL side Brisbane Broncos.

“I was only a little kid when I was at United, it wasn’t much,” insisted Farnworth, who actually did an extra training session on Thursday at Blacko playing fields. “There wasn’t much to it.

“I went into a camp with City but was with Burnley mostly. It was that long ago, though, and I didn’t take it seriously. I never really took football seriously if I’m honest.

“But I started playing tag rugby at Blacko Primary School, winning the Lancashire Cup, then at Wharfedale RU for a year before Brian took me to Wigan St Patrick’s.

Most read in RUGBY LEAGUE

“My uncle has coached me since I was eight-years-old, doing skill and fitness sessions. When it was too cold, he’d take me under bridges and run there as there was no snow.

“He didn’t let me sign for a Super League club, he wanted me to go to Australia.

“In my summer holidays, I went to Australia and played for five or six weeks there. They were pretty good and I thought at a young age, ‘I’ve got to get out there. If I want to be the best, I have to play and train with the best.’

“Brian came for three years and we stayed in a shoebox. The move was horrible, though. On my last day here, I sat at the local bus stop and cried my eyes out.

“I’d just turned 17 and it was a really weird feeling. It’s definitely the hardest thing I’ve done and the first six months there were a killer. I couldn’t have lived with myself had I quit, though.

“It’s been a long journey, now I’m back in England after two years and keen to finally play in front of my friends and family. Playing for England has always been a dream of mine.”

Farnworth, 22, is likely to line up for England in Friday’s warm-up game against Fiji before attention turns to the World Cup opener against Samoa.

It has not all been plain sailing, though, after a bicep injury derailed his campaign with Brisbane and he found himself out of the England running.

But he has turned things around and is now ready to show why Wane showed faith on home turf, turf he is savouring as he stays at the family home in neighbouring Barrowford.

He added: “Blacko’s a little, quiet village where everyone knows everyone and there’s a lot of greenery – the average age is about 60!

“Brisbane’s probably the complete opposite. One’s freezing cold with showers all the time and a lot of greenery. The other’s a city and it’s always roasting. No-one knows anyone as there’s thousands of people there.

“I’m staying in Barrowford now, where my eldest brother’s got a wine bar called Will’s, I love it and it’s good that nothing changes. It’s cool to see family after two years.”