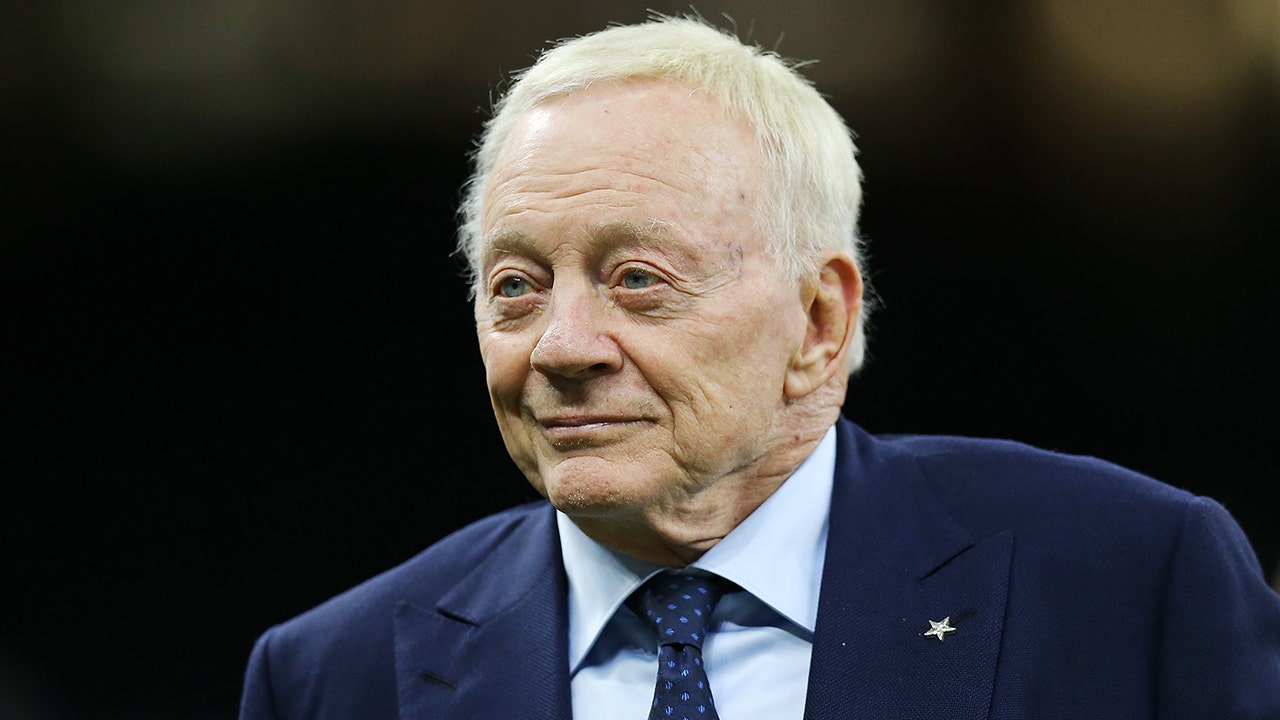 While Cooper Rush has won both of his starts in place of Dak Prescott, the Dallas Cowboys might be getting their starter back sooner than they thought.

Prescott had the stitches removed on Monday from his right thumb, which needed surgery after an incident in the fourth quarter of their Week 1 loss to the Tampa Bay Buccaneers. And a report during the ESPN broadcast said the veteran signal caller wasn’t going to rule himself out for the team’s Week 4 matchup with the Washington Commanders – a much earlier return date than originally expected.

Team owner Jerry Jones spoke on 105.3 The Fan in Dallas on Tuesday following the Cowboys’ win over the New York Giants to address the Prescott situation, citing the one question that will determine when he can suit up again.

Dak Prescott of the Dallas Cowboys during the Tampa Bay Buccaneers game on Sept. 11, 2022, in Arlington, Texas.
(Cooper Neill/Getty Images)

“I think his progress is nothing short of amazing,” he said. “It’s a question of whether or not he’ll be able to grip and throw the ball, and we don’t know that.”

Prescott was seen tossing a ball pre-game at MetLife Stadium with a brace on his right hand, but not delivering it with any speed or conviction.

Prescott’s initial timetable was around Week 8 against the Chicago Bears, or Week 10 against the Green Bay Packers (Week 9 is their bye week), as it would take 6-8 weeks to recover. But, as Jones said, it’s been a remarkable recovery by the Mississippi State alumni and timetables are only suggestions at the end of the day.

Stephen Jones, Jerry Jones’ son and the CEO of the Cowboys, also spoke to Audacy’s 105.3 The Fan about Prescott, saying the organization will need to be careful he doesn’t rush himself back.

Dak Prescott of the Dallas Cowboys warms up before kickoff against the Tampa Bay Buccaneers on Sept. 11, 2022.
(Cooper Neill/Getty Images)

“I know the coaching staff is certainly going to do what’s in Dak’s best interest,” he said. “Sometimes you’ve got to protect a person from himself. This is probably going to be one of those. Got to make sure he’s not pushing the envelope. I’m confident the organization will make a great decision in terms of timing.”

DAK PRESCOTT WON’T RULE HIMSELF OUT FOR COWBOYS’ WEK 4 GAME VS COMMANDERS: REPORT

Meanwhile, Rush is still undefeated as a starter for the Cowboys when he’s had to fill in for Prescott, winning all three games he’s played, including one last season against the Minnesota Vikings.

On Monday, Rush threw for 215 yards and one touchdown, as the Cowboys put up 17 unanswered points to battle their way back in the second half over the Giants. He also took down the reigning AFC champions, the Cincinnati Bengals, in Week 2 at home. Rush had 235 yards and a touchdown pass in that game as well.

Dallas Cowboys owner Jerry Jones before the game against the Cincinnati Bengals on Sept. 18, 2022, in Arlington, Texas.
(Richard Rodriguez/Getty Images)

So, the Cowboys have stayed afloat despite the grim outlook Week 1 might have brought to the franchise, but Prescott’s potential early return could elevate their play in the coming weeks.