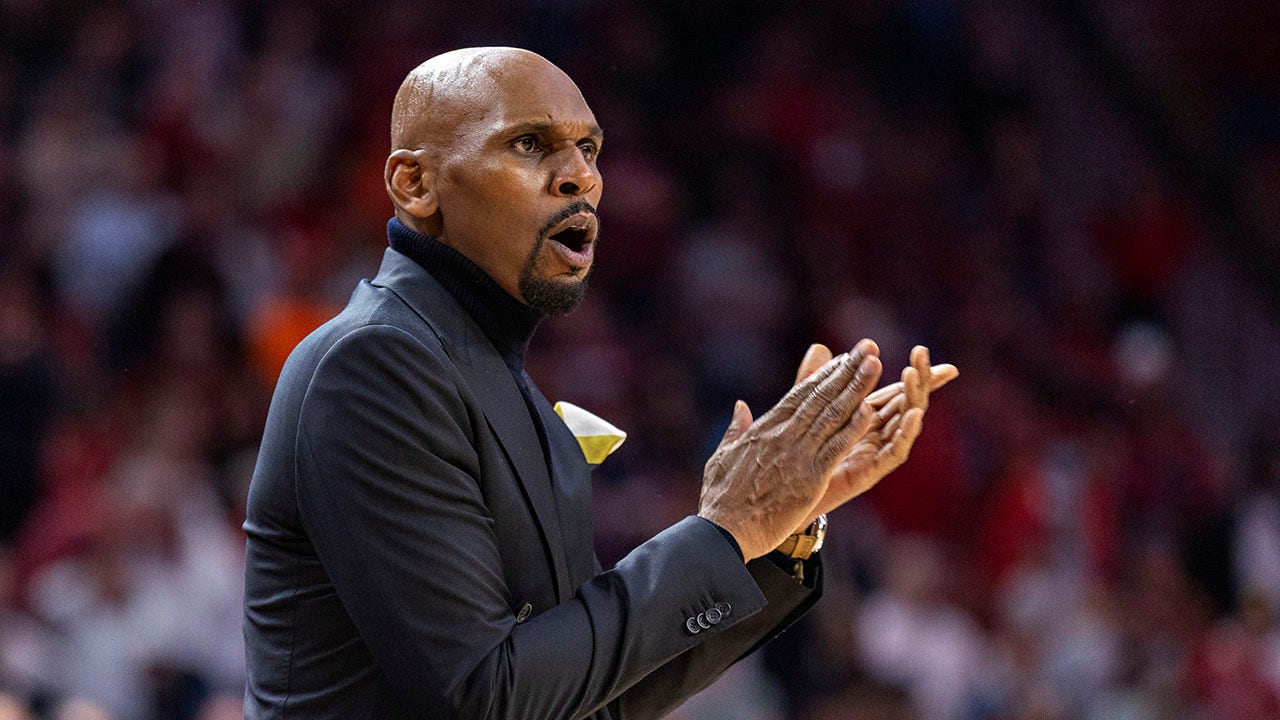 Vanderbilt head coach Jerry Stackhouse had to be held back by several members of his coaching staff and at least one police officer after he was ejected from Wednesday’s game against VCU.

During Vandy’s 70-65 loss, Commodores’ Liam Robbins was assessed a technical foul after celebrating a dunk with the new “on his head” taunt – in support of his player, Stackhouse received a double-tech, which resulted in an automatic ejection.

Head coach Jerry Stackhouse of the Vanderbilt Commodores cheers on his team during the second half against the Arkansas Razorbacks at Bud Walton Arena on January 04, 2022 in Fayetteville, Arkansas. The Commodores defeated the Razorbacks 75-74.
(Wesley Hitt/Getty Images)

Upon ejection, Stackhouse was irate with the refs and can be seen screaming “f–k you.” He was then escorted back into the locker room.

The two-time NBA All Star has been with Vanderbilt since 2019 – they went 19-187 last year but missed out on the NCAA Tournament for the third time in a row (there was no tournament in 2020).

Head coach Jerry Stackhouse of the Vanderbilt Commodores reacts during the second half against the Kentucky Wildcats in the Quarterfinal game of the SEC Men’s Basketball Tournament at Amalie Arena on March 11, 2022 in Tampa, Florida.
(Andy Lyons/Getty Images)

Vanderbilt is now 3-4 after Wednesday’s loss, and Stackhouse is 42-58 in his three-plus seasons with the program.