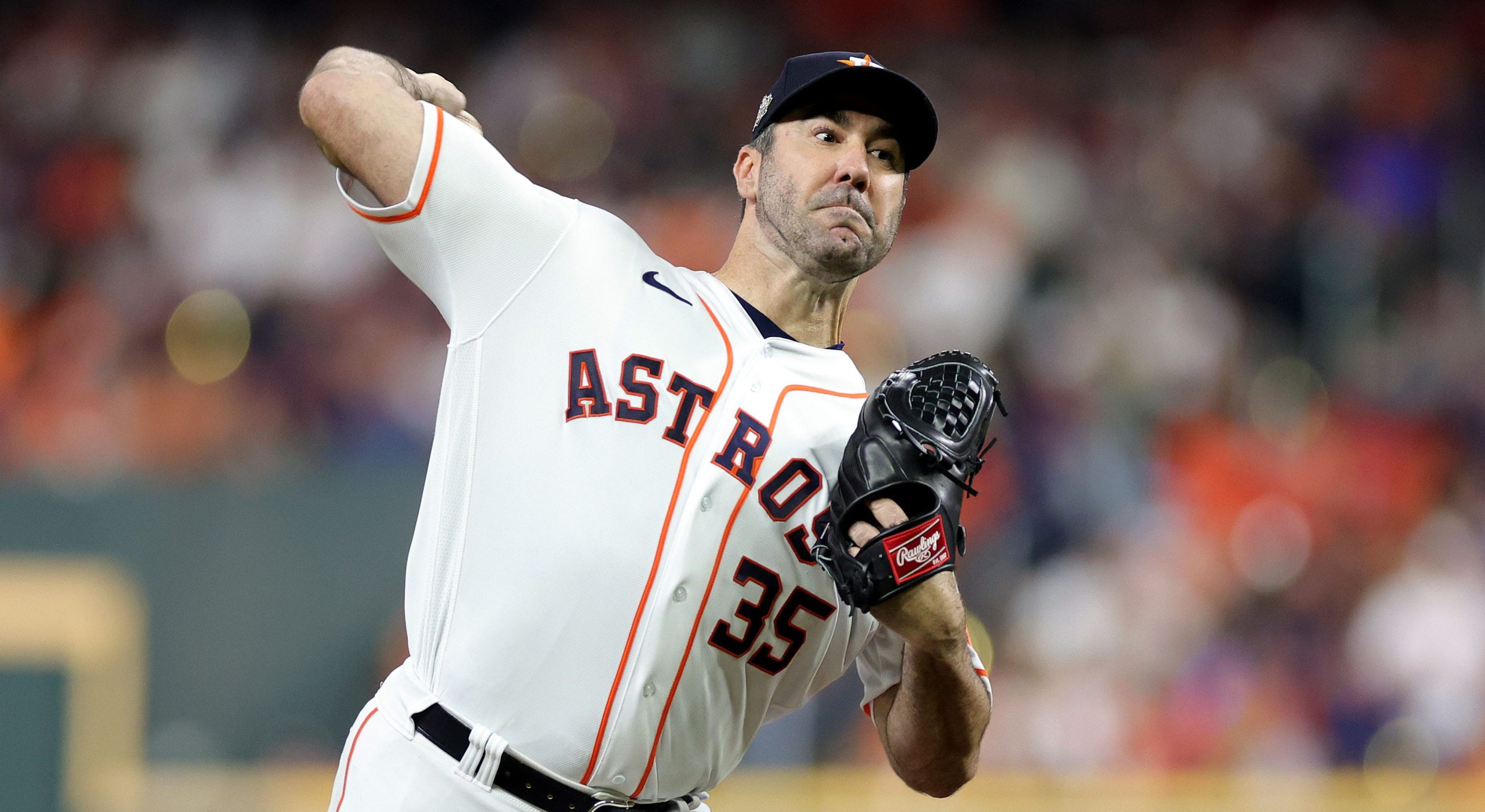 Days after reportedly meeting with the team via Zoom, the New York Post reported Monday that Verlander agreed to a two-year, $86 million deal with a vesting third-year option.

Justin Verlander, of the Astros, pitches against the Philadelphia Phillies in Game One of the World Series at Minute Maid Park on Oct. 28, 2022, in Houston.
(Carmen Mandato/Getty Images)

The 39-year-old Houston Astros ace returned from Tommy John surgery to lead the organization to its second World Series championship, posting an MLB-best ERA of 1.75 while going 18-4.

Verlander opted out of his contract with the Astros during the offseason, declining his $25 million player option that came about after he threw over 130 innings during the 2022 MLB season.

“I don’t know what the future holds,” Verlander said at the time. “I don’t want to sit here and say I won’t be back. I’m not going to sit here and pretend to know. The market will dictate itself. Jim [Crane] understands that.

“There’s a lot of people interested in my services, including the Astros, and we’ll see what happens.”

Jacob deGrom, of the Mets, pitches against the Pittsburgh Pirates at Citi Field on Sept. 18, 2022, in New York City.
(Michael Urakami/Getty Images)

Fox News’ Joe Morgan and The Associated Press contributed to this report.