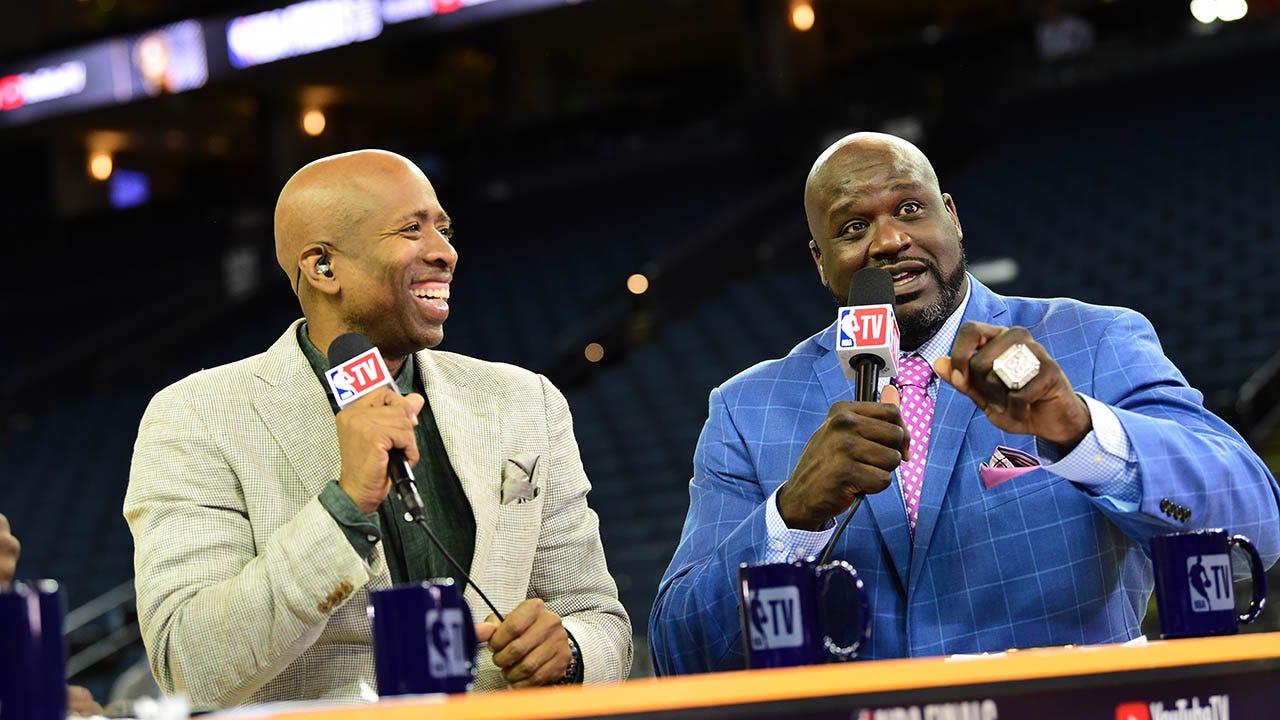 Kenny Smith and Shaquille O’Neal have a long-running joke on their TNT halftime show that when the former Houston Rockets guard would run to the big video board, the Hall of Famer would try to beat him there.

On Tuesday, during the halftime report for the game between the Los Angeles Lakers and Cleveland Cavaliers, O’Neal tried to beat Smith to the video board again. This time, Smith gave O’Neal a little bit of a shove and sent the former Los Angeles Lakers star into a Christmas tree on the set.

NBA analyst Kenny Smith attends a game between the LA Clippers and the Memphis Grizzlies during the 2019 NBA Summer League at the Thomas &amp; Mack Center on July 7, 2019 in Las Vegas.
(Ethan Miller/Getty Images)

O’Neal lay in the tree for a moment while the rest of the “NBA on TNT” crew got themselves together.

Later, the cameras panned back to O’Neal as he scraped the pine needles off his face.

Kenny Smith and Shaquille O’Neal provide commentary before the game between the Toronto Raptors and Golden State Warriors in Game Three of the NBA Finals on June 5, 2019 at ORACLE Arena in Oakland, California.
(Noah Graham/NBAE via Getty Images)

Another Twitter user remembered that Smith pushed O’Neal into the Christmas tree on set eight years ago too. Then, O’Neal fell, and the tree moved across the floor with the big man.

O’Neal and Smith, along with Ernie Johnson and Charles Barkley, have been mainstays on the NBA program for several years.

Barkley had flirted with the possibility of joining LIV Golf over the summer, but the flirtation yielded a new contract with Turner reportedly worth over $100 million.