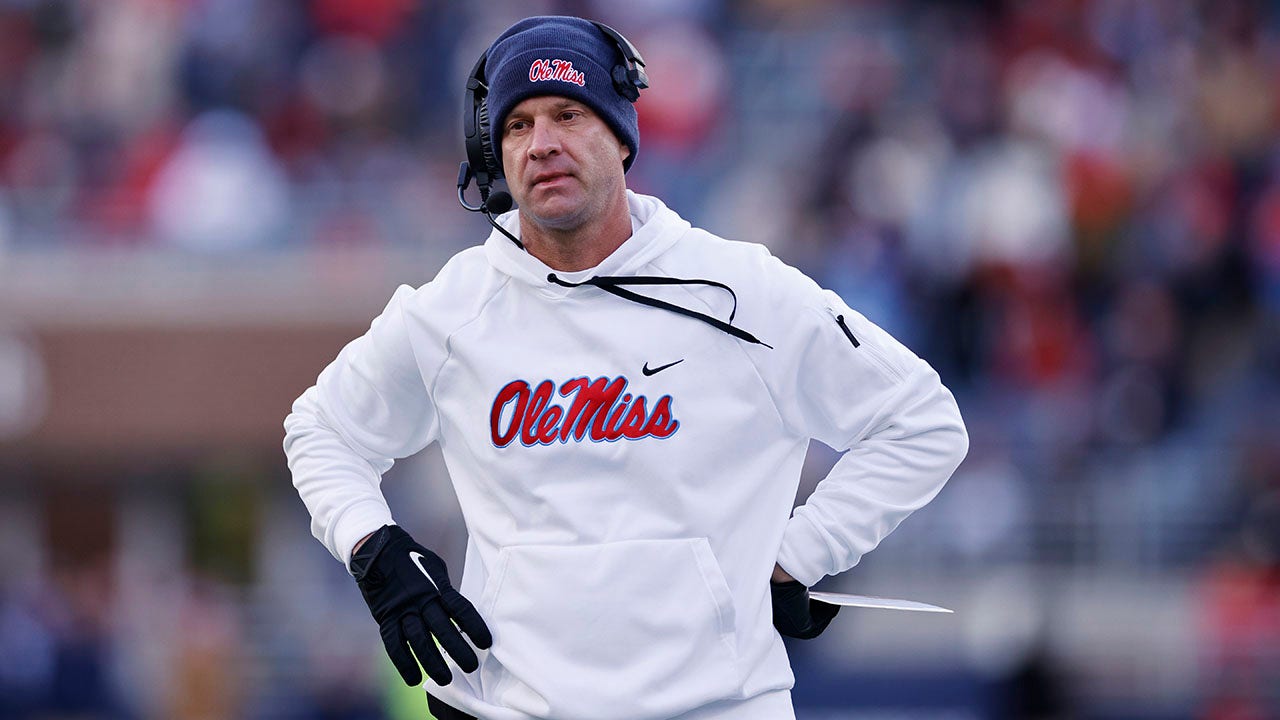 Ole Miss head football coach, Lane Kiffin, has only been in Oxford, Mississippi, for three seasons, but his work as head coach of the Rebels has once again made him a hot commodity for job openings across the country.

The latest and hottest rumor is that Kiffin is headed to Auburn University a few weeks after the school parted ways with head coach Bryan Harsin.

An Auburn Tigers football helmet during the Saturday afternoon college football game between the University of Georgia Bulldogs and the Auburn Tigers on Oct. 8, 2022 in Athens, Georgia.
(David J. Griffin/Icon Sportswire via Getty Images)

Monday evening, WCBI News in Mississippi reported that Kiffin would become the next head coach at Auburn after stepping down as head coach of Ole Miss on Friday.

“BREAKING: [Ole Miss] HC Lane Kiffin plans to step down as the Rebels coach Friday and head to Auburn to become the Tigers’ next head coach, according to sources. Sources say the Tigers have not officially offered the job to anyone yet.

“So Lane to Auburn is happening. Story soon.”

Ole Miss is preparing for its rivalry game against Mississippi State on Thanksgiving, which dates back to 1932.

Following the Rebels’ 42-27 loss to Arkansas in Week 12, Kiffin was asked about the reports tying him to Auburn’s head coaching vacancy.

“Fair question,” Kiffin said when asked about being viewed as Auburn’s top target, according to AL.com. “Like I said, I love being here. I don’t want to look to next year already with a regular-season game (still to play), but this is not one of those years where you were, ‘We’re going to lose all these guys.’”

“There’s a lot of people coming back, and a lot of new guys offensively, especially. So, very excited about the future. So, I don’t know all that stuff out there — No. 1 (candidate) stuff. Maybe if they watched the first half (against Arkansas), I wouldn’t be No. 1 anymore.”

Kiffin has openly discussed his appreciation for Ole Miss and for the city of Oxford in his third season as head coach, saying prior to the season that he has made positive personal changes in his time in Mississippi.

“I just think maybe that statement might not surprise people,” Kiffin said in September when asked about his thoughts on Oxford. “Just when I thought of it the other day, I don’t know I would’ve said that in the beginning, just living in the different cities I’ve lived in.

“As you guys know, here with Landry [Kiffin’s daughter] moving here and Juice [Kiffin’s dog] and everything, just how people are here. It’s been really awesome for me. It’s been part of a lot of changes that have taken place personally. It just didn’t happen in these two years by chance, I think a lot of it had to do with coming here.”

Paddy Power offer: Claim a £5 free bet when you stake £10 on horse racing

Bitcoin and Ethereum Price Prediction: BTC & ETH Are On The Rise, Where Will They Go Next?

State of the Union: Biden Calls on GOP to Work With Him to Rebuild Economy, Unite Nation

The Beatles’ 1st TV Appearance in the U.S. Wasn’t ‘The Ed Sullivan Show’