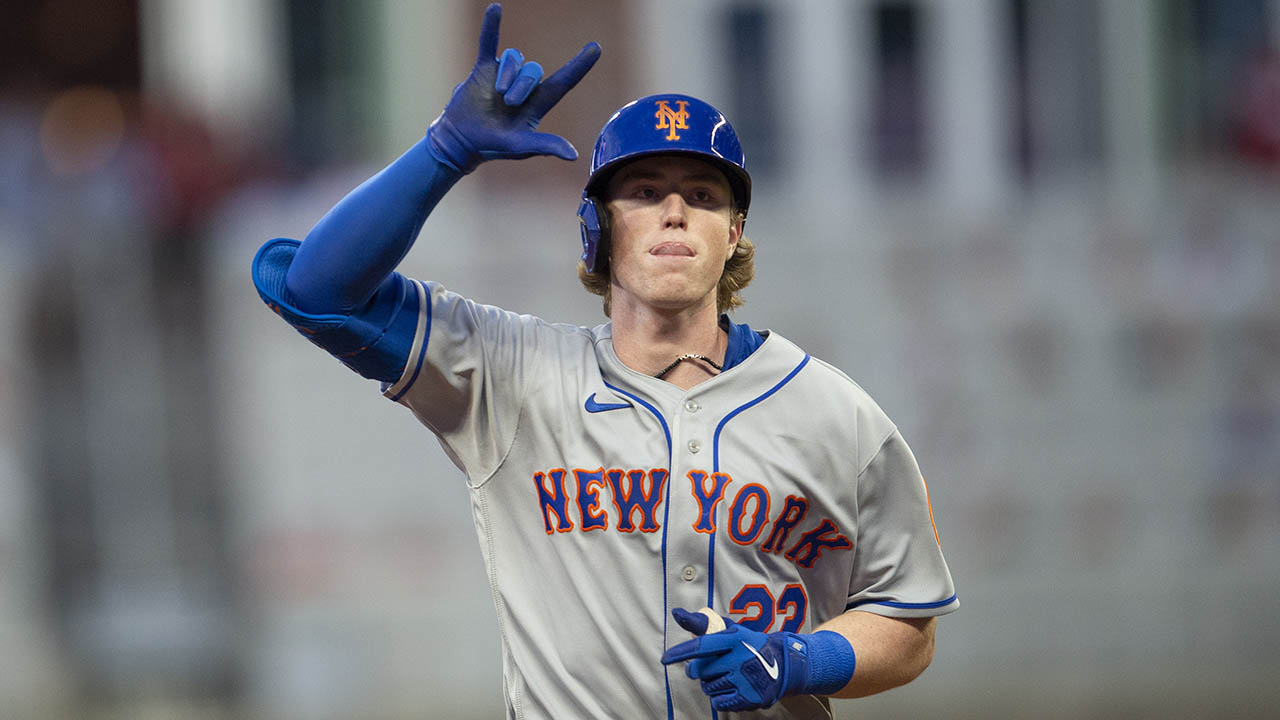 With family members in the stands, Brett Baty stepped up to the big stage Wednesday night and instantly made a difference.

The New York Mets’ No. 2 prospect became the fifth player in franchise history to hit a home run In his first major league at-bat.

The third baseman launched a two-run shot into the right-field seats in the second inning against the National League division rival Atlanta Braves.

The Mets were already up 2-0, thanks to back-to-back home runs in the first inning. The 22-year-old prospect connected on a hanging curve from Braves pitcher Jake Odorizzi.

The New York Mets’ Francisco Lindor, back to camera, celebrates with Brett Baty, who hit a two-run home run against the Atlanta Braves during the second inning Wednesday, Aug. 17, 2022, in Atlanta.
(AP Photo/Hakim Wright Sr.)

Baty was the No. 12 overall pick in the 2019 draft and was hitting .315 with 19 home runs and 60 RBIs between Triple-A Syracuse and Double-A Binghamton.

He said before the game he wasn’t thinking too much about when he’d get called up.

“I’m not putting any expectations on myself. I’m just gonna go out there and play to the best of my ability. I’m here for a reason. I’ll let it show and do my best out there.”

Baty’s mother, father and other relatives who flew into Truist Park on short notice for the occasion leaped out of their seats.

Baty is the first Mets major leaguer to homer his first time up since Mike Jacobs did it Aug. 21, 2005, at Washington. Jacobs was later included in a trade to the Florida Marlins for Carlos Delgado.