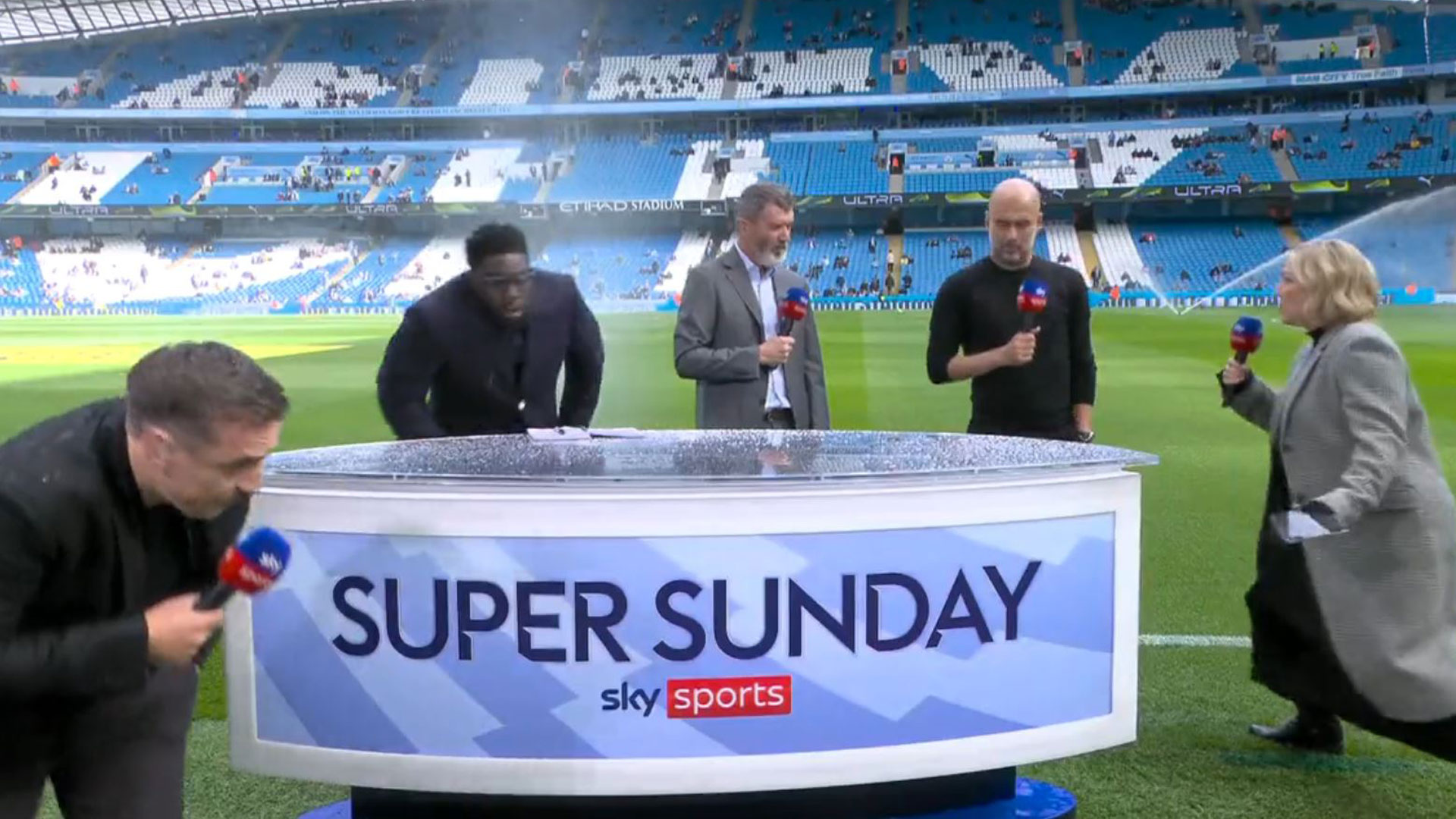 GARY NEVILLE was left fuming as he was sprayed by a sprinkler at the Etihad – but Roy Keane didn’t even flinch.

The Sky Sports pundits were joined by Pep Guardiola pitchside ahead of the Manchester derby.

But just moments after a warning to keep an eye out for the sprinklers, the team of pundits were given an unwelcome shower.

But by then water had been sent across Gary Neville, Micah Richards, Keane and Guardiola – as well as the table.

Neville immediately bolted for cover and appeared visibly frustrated as he returned to his spot on the end of the panel.

Richards and Guardiola also tried to get out of harm’s way.

But notorious hardman Keane remained motionless and stood his ground in classic fashion.