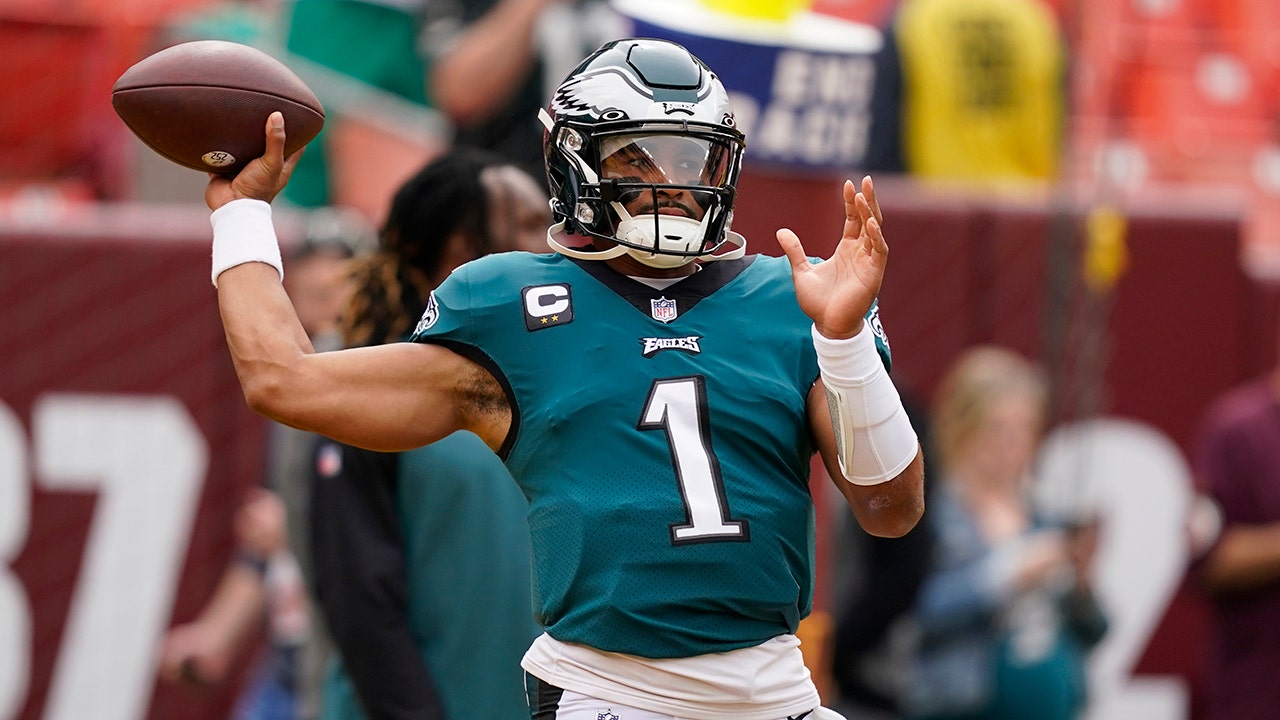 The 2022 NFL is through three weeks of the season and the first month of the year is essentially over.

There are two undefeated teams left – the Philadelphia Eagles and Miami Dolphins – and there are several teams jostling for position in their own divisions. A lot still has to be decided.

One of the teams that jumped in the rankings are the Jacksonville Jaguars. Trevor Lawrence led the team to a victory over the Los Angeles Chargers and took advantage of a still-injured Justin Herbert. The Jaguars looked decent through the first three games of the season.

Week 4 will be highlighted by the Dolphins’ matchup with the Cincinnati Bengals on Thursday. The Buffalo Bills play the Baltimore Ravens and the Kansas City Chiefs play the Tampa Bay Buccaneers.

Read below for the rest of the rankings.

The Eagles are one of two undefeated teams left through three weeks of the NFL season. The Eagles have the fifth most points scored and lead the NFL in yards gained. The defense is seventh in points allowed and fifth in yards allowed. Jalen Hurts has the team locked in and leading the NFC East.

Tua Tagovailoa led the Dolphins to an upset victory of the Bills over the weekend – even coming back into the game after being injured. The team’s defense definitely needs to step up but the turnover it did create against Buffalo was clutch. The offense is eighth in points allowed and 13th in yards gained.

The Chiefs had a bad loss to the Colts over the weekend. The offense looked stagnant, and they ran into some controversy with a sideline interaction between Patrick Mahomes and Erick Bieniemy. The team will have to put doubts aside for Week 4.

Aaron Rodgers and the Packers eked out a win over the Buccaneers. Rodgers looked like he was getting in tune with his wide receivers more and that is a dangerous thing for the rest of the NFL.

The Vikings came back to defeat the Lions. The team is still in the top 10 in points allowed but the rest of it has to come together next week. A +3 point differential is not going to last too long, and Kirk Cousins will have to cut down on the turnovers.

The Buccaneers dropped their first game of the season and dropped in the power rankings a bit. The offense looked stagnant with the injuries piling up. While the defense looks good, the team has to do better than 22nd in points scored and 27th in yards gained.

The Rams have shown why they are the defending Super Bowl champions after bouncing back from their first loss of the season. Matthew Stafford and Cooper Kupp will need to stay in this high gear.

The Ravens held off the Patriots in Week 3 and showed that even with the loss to the Dolphins they are still one of the best teams in the league. The team has the most points scored in the NFL. The defense will have to start doing their part, three interceptions off Mac Jones is a good start.