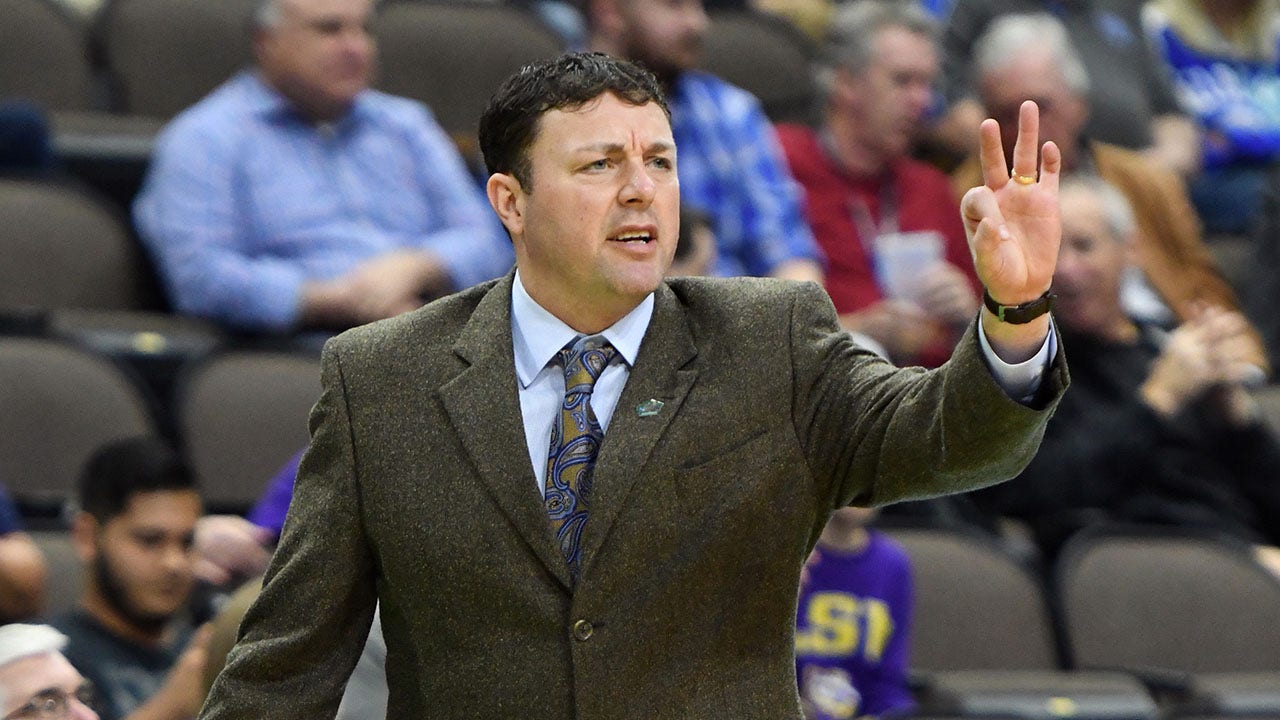 New details of a fatal shooting involving New Mexico State basketball player Mike Peake have emerged that raise questions about the involvement of assistant coach Dominique Taylor, head coach Greg Heiar and three other players on the team, according to new a report.

Peake, 21, was shot in the leg at the University of New Mexico campus on Nov. 19, just hours before a rivalry game between the two schools, after police say he was “lured” to the scene by 19-year-old Brandon Travis and three other UNM students, including a 17-year-old female.

Mike Peake, #15 of the New Mexico State Aggies, takes a jump shot over Tyrese Martin, #4 of the Connecticut Huskies, during the first round game of the 2022 NCAA Men’s Basketball Tournament at KeyBank Center on March 17, 2022 in Buffalo, New York.
(Mitchell Layton/Getty Images)

Travis was killed as a result of the shooting.

Peake has not been charged, but a new report from KOAT citing a police report stated that video evidence showed Peake getting picked up from the scene by three teammates – Issa Muhammed, Marchelus Avery and Anthony Roy – in a yellow Camaro before police arrived.

He was reportedly seen putting items into the trunk of the car, including a gun, before taking off.

According to the report, Heiar initially told investigators that he did not know where the gun was and needed to check with the university athletic director to see if the players in question needed attorneys before speaking with law enforcement.

Greg Heiar, then an assistant coach at LSU, yells at his bench players during the basketball game between the LSU Tigers and Houston Cougars on Dec. 12, 2018 at Fertitta Center in Houston.
(Leslie Plaza Johnson/Icon Sportswire via Getty Images)

Police also spoke to Taylor, who was tasked with doing room checks at the Albuquerque hotel. He reportedly told police that he saw Peake and two other players in the lobby just hours before the shooting and directed them to the hotel elevator.

“I emphasized to Coach Taylor how important it was to recover the gun and other items that were placed in the trunk,” state police agent David Esquibel wrote in his report, obtained by KOAT. “I asked him to let me know if he finds out any information about the Camaro, the gun or other items and he said he would.”

However, hours later, police made several failed attempts to contact both coaches. The team had reportedly left the area heading back to Las Cruces but eventually pulled over at a rest stop on Interstate 25, where police recovered Peake’s tablet from the school bus.

Back at the hotel, detectives recovered a gun from coach Taylor. According to the report. It was wrapped in a towel.

NMSU Athletic Director Mario Moccia said Monday night that Peake has been suspended indefinitely from the basketball team but would not comment on his enrollment status as a student.

The university also announced Tuesday that it would be hiring an external, third-party investigator to review the events surrounding the shooting – separate from the police investigation

“We will be incredibly transparent during this process,” NMSU Chancellor Dan Arvizu said in a statement. “We owe that to our community and to everyone associated with our university. The firm selected will be encouraged to review any public documents regarding this case and be fully empowered to speak with any NMSU employees, students or other individuals necessary to ensure we fully understand the facts.”

Greg Heiar, then an assistant coach at LSU, signals his players during the First Round of the NCAA Basketball Tournament against the Yale Bulldogs at the VyStar Veterans Memorial Arena on March 21, 2019 in Jacksonville, Florida.
(Mitchell Layton/Getty Images)

According to law enforcement, Travis “conspired with a 17-year-old female and two of [his] male friends, all UNM students, to lure the 21-year-old victim to UNM campus and assault him.”

One attacker reportedly hit Peake with a baseball bat while another shot at him as he attempted to run away. According to the report, Peake fired back, shooting Travis four times.

The altercation took place on UNM campus at around 3 a.m., prior to a basketball game between the two schools. The game was later postponed as a result of the shooting.

A subsequent game between the two schools on Dec. 3 was also canceled.

Police say a brawl at an Oct. 15 UNM-NMSU football game in Las Cruces was a precursor to the shooting.

According to reports, the female and one male on the scene have been charged in connection with the shooting.