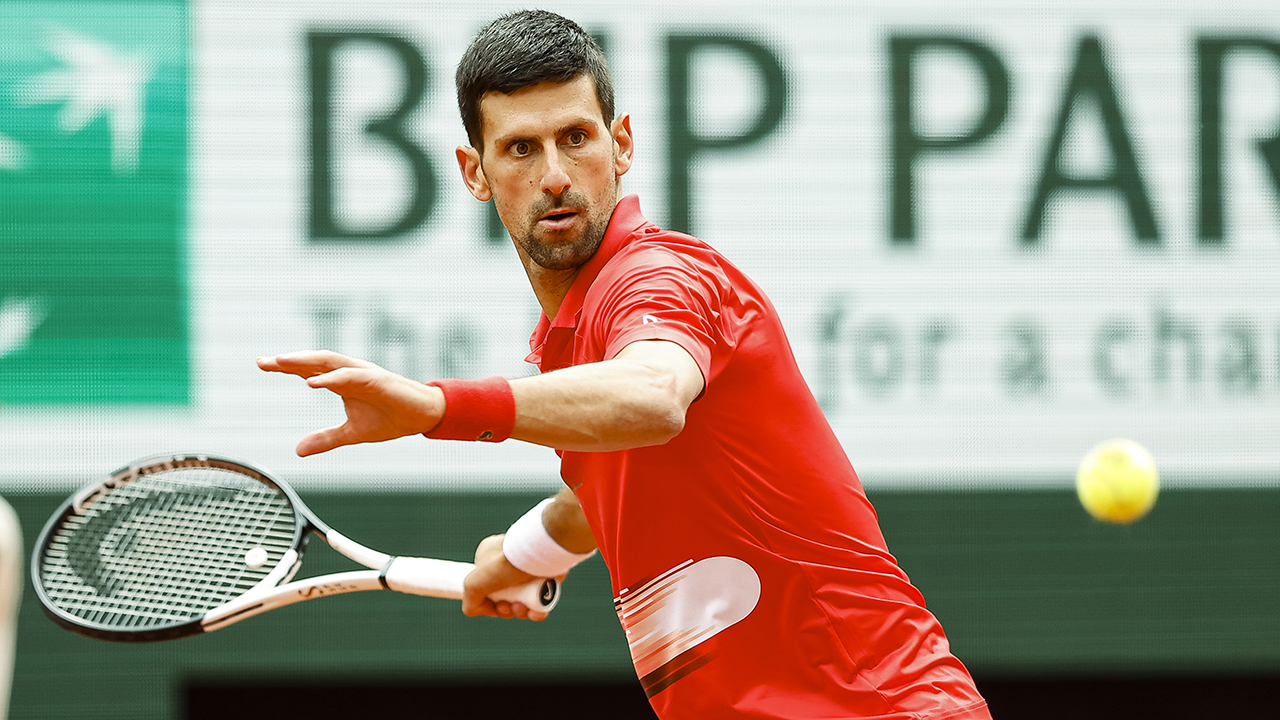 Novak Djokovic breezed through the third round of the French Open Thursday and is one step closer to earning his record 21st Grand Slam singles title, but the Serbian still has his sights on winning another Australian Open title.

After a seemingly effortless 6-3, 6-3, 6-2 win over Alijaz Bedene, Novak was asked by reporters if he would return to Australia to play after Prime Minister Scott Morrison conceded in the election last week.

Novak Djokovic of Serbia in action against Aljaz Bedene of Slovenia in a third round match at Roland Garros May 27, 2022
(Ian MacNicol/Getty Images)

Djokovic has won a record nine times at the Australian Open and was looking for a record 21st Grand Slam title when he was held in a detention center upon entering the country over a visa exemption because he was unvaccinated against COVID-19.

Novak Djokovic of Serbia plays against Aljaz Bedene of Slovenia during the 2022 French Open at Roland Garros May 27, 2022, in Paris.
(Antonio Borga/Eurasia Sport Images/Getty Images)

He was later deported from the country and now faces a three-year ban from reentering.

“I don’t hold any grudges,” Djokovic continued. “Look, you know, it was what it was. If I have an opportunity to go back to Australia and play a place where I made the biggest success in my career on Grand Slam, I would love to come back.”

Djokovic could achieve his 21st Grand Slam title at Roland Garros, but he may have to face Rafael Nadal, who was able to break the record first in Melbourne.

“It’s not possible to play perfectly but to strive to play close to perfection,” Djokovic said after his third-round match. “I want to play my characteristic game, my aggressive game. It is not always possible, but today it was very good.”