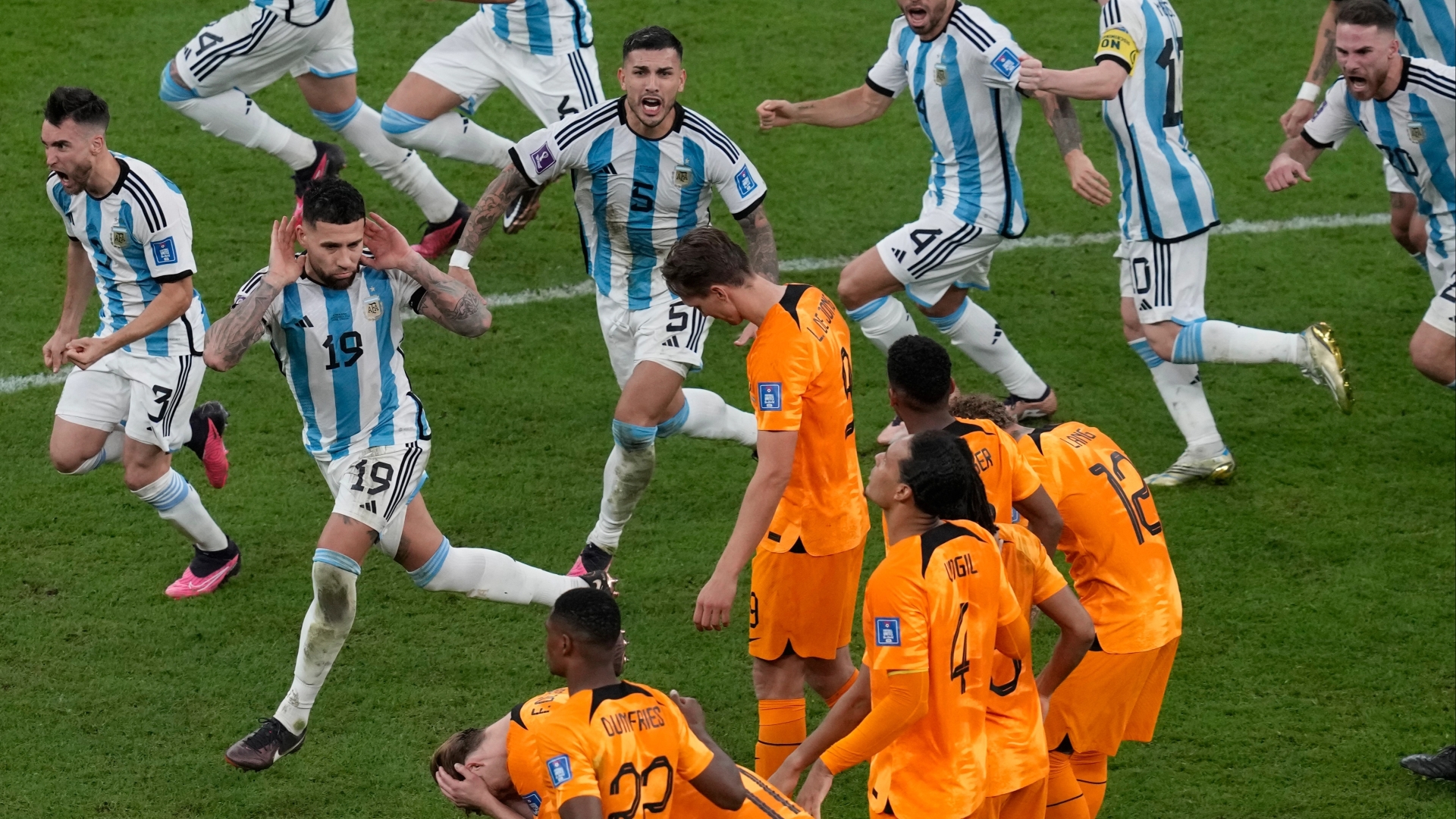 NICOLAS OTAMENDI celebrated right in the Netherlands players’ faces after knocking them out of the World Cup.

The Argentina defender was with his team-mates on the halfway line when Lautaro Martinez dispatched the winning penalty in the shootout.

But that was not the end of the fiery drama.

Otamendi, 34, made a deliberate beeline in front of the heartbroken Dutch stars.

The ex-Manchester City man goaded his rivals by cupping both ears with his hands. 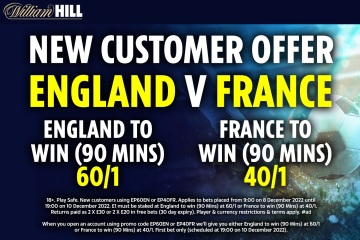 And that caused yet another flashpoint as tempers boiled over one final time after an epic quarter-final.

Bungling referee Mateu Lahoz brandished more yellow cards after the end of the shootout – including two for Denzel Dumfries as he was sent off – as the two teams and backroom staff clashed.

That took the record tally of bookings up to a whopping 18.

Paredes saw yellow when he scythed down Nathan Ake then booted the ball towards the Dutch bench on 88 minutes trying to close out the win in normal time.

He was immediately hounded by the Oranje subs as a mass melee broke out while Virgil van Dijk brutally barged him to the ground.

Both sets of players grew increasingly frustrated with Lahoz’s performance.

And even with his World Cup dream alive – thanks in large part to goalkeeper Emi Martinez’s heroics in the shootout – Lionel Messi was not happy.

The Argentina captain, whose side face Croatia in the final four, fumed: “I think that Fifa cannot use this referee for this type of match because he is not up to the task.”