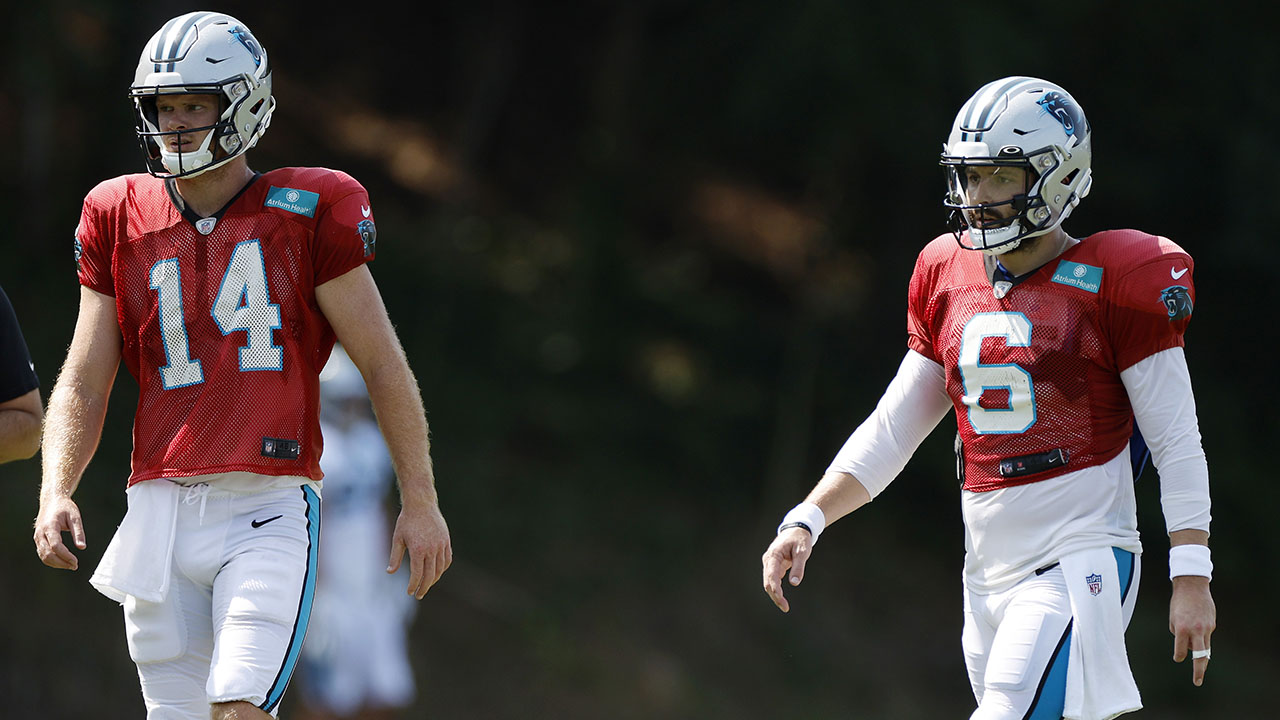 The Carolina Panthers are giving their top two quarterbacks ample time to win the starting job.

Head coach Matt Rhule told reporters after the Panthers’ scrimmage Saturday that a decision between Sam Darnold and Baker Mayfield won’t come until at least after they play two preseason games.

“I’m not putting a timetable on the quarterback position until after we get back from the [New England] Patriots week,” Rhule said, via ESPN.

“The Patriots week is a true litmus test for us. That will really show us where guys are.”

Mayfield started the scrimmage with the first team, but each QB took equal reps with first and second teamers. Mayfield went 14-for-21 with a touchdown and an interception, while Darnold completed 20 of 28 passes with a score and a pick.

Rhule said with the team off Sunday, coaches are going to “really dig into the tape and see who’s truly mastering the offense and who’s not.”

The Panthers traded with the New York Jets last year for Darnold, giving up quite a haul to get him. Carolina gave up a 2021 sixth-round pick, a 2022 second-rounder and a 2022 fourth-rounder in April of last year.

Darnold beat his former team in Week 1 last season and was off to a 3-1 start, throwing for close to 1,200 yards and five touchdowns. However, in his final eight, he threw just four TDs and was picked off 10 times, racking up just 1,338 passing yards.

As for Mayfield, the Panthers acquired him this offseason after the Cleveland Browns traded for Deshaun Watson. Last season, Mayfield failed to throw for 20 touchdowns for the first time, and he barely cracked 3,000 yards. His 3,010 passing yards were, by far, a career low. The Panthers gave up a conditional 2024 fifth-round pick for Mayfield.

The Panthers have surrendered four draft picks for two QBs in two offseasons, and they don’t know which one will start.

Mayfield was the first selection of the 2018 NFL Draft, and Darnold was drafted two picks later.