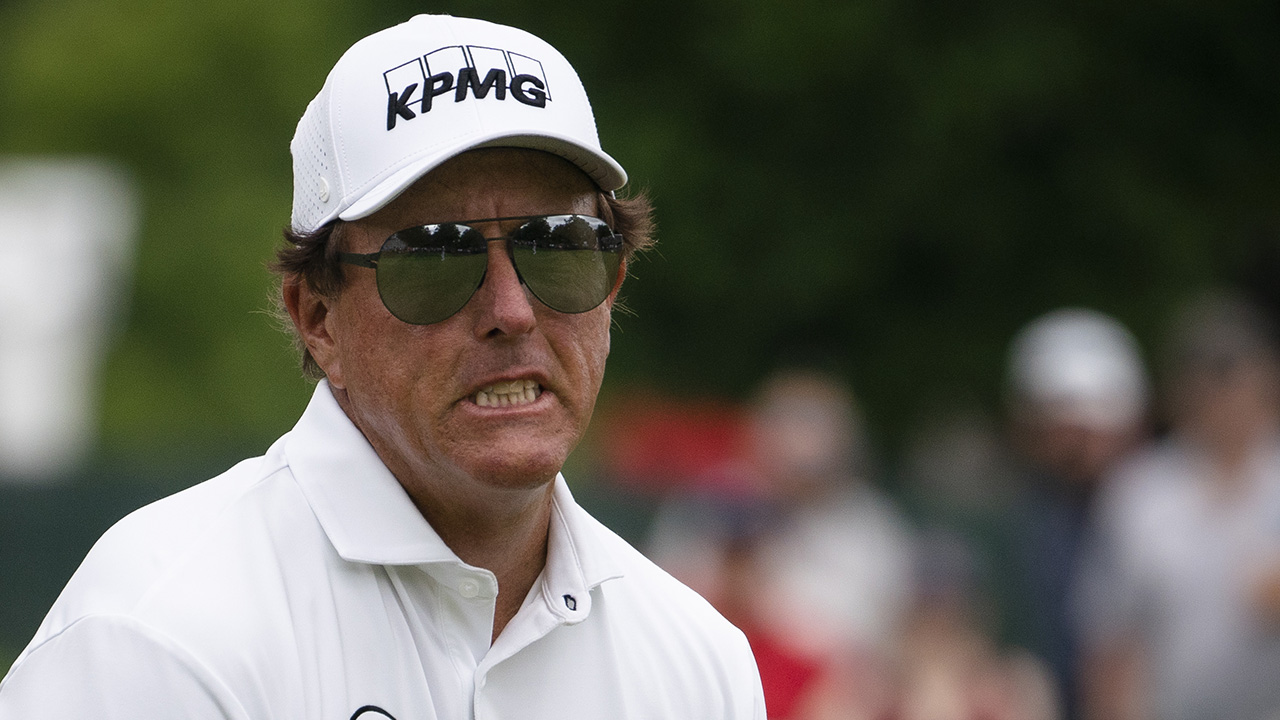 Phil Mickelson reportedly backed the idea of collaborating with Saudi Arabia for a new golf league in a book despite the country’s record on human rights.

Mickelson’s remarks about the proposed Saudi-backed golf league that would rival the PGA Tour came in an interview with author Alan Shipnuck, whose book, “Phil: The Rip-Roaring (and Unauthorized!) Biography of Golf’s Most Colorful Superstar” is scheduled for a May release.

Phil Mickelson hits a tee shot at the fifth hole of the South Course at Torrey Pines during the first round of the Farmers Insurance Open golf tournament Jan. 26, 2022, in San Diego.
(AP Photo/Denis Poroy)

Shipnuck posted a story based on the phone interview on “The Firepit Collective” website.

“They’re scary motherf—–s to get involved with,” Mickelson reportedly said. “We know they killed [Washington Post reporter Jamal] Khashoggi and have a horrible record on human rights. They execute people over there for being gay. Knowing all of this, why would I even consider it? Because this is a once-in-a-lifetime opportunity to reshape how the PGA Tour operates.

“They’ve been able to get by with manipulative, coercive, strong-arm tactics because we, the players, had no recourse. As nice a guy as [PGA Tour commissioner Jay Monahan] comes across as, unless you have leverage, he won’t do what’s right. And the Saudi money has finally given us that leverage. I’m not sure I even want [the Saudi golf league] to succeed, but just the idea of it is allowing us to get things done with the [PGA] Tour.”

Phil Mickelson watches his shot off the 11th tee during the first round of the Travelers Championship golf tournament at TPC River Highlands June 24, 2021, in Cromwell, Conn.
(AP Photo/John Minchillo)

Justin Thomas was among those who criticized “Lefty.”

“He’s done a lot of great things for the PGA Tour,” Thomas said Friday. “It’s a big reason it is where it is. But him and others that are very adamant about that, if they’re that passionate, go ahead. I don’t think anybody’s stopping them.”

Mickelson claimed he has about 20 players ready to leave for a Saudi league.

“That’s not what they’re going to want, is it? They don’t want some sort of league that’s like a pre-Champions Tour. I guess I understand the financial part of it for guys that are later on in their career,” Rory McIlroy said Wednesday.

Phil Mickelson reacts after missing a putt on the ninth green during the final round of the Travelers Championship golf tournament at TPC River Highlands June 27, 2021, in Cromwell, Conn.
(AP Photo/John Minchillo)

“You look at the people that have already said no,” McIlroy said, mentioning top players like Jon Rahm and Collin Morikawa. “You’ve got the top players in the world are saying no, so that has to tell you something.”