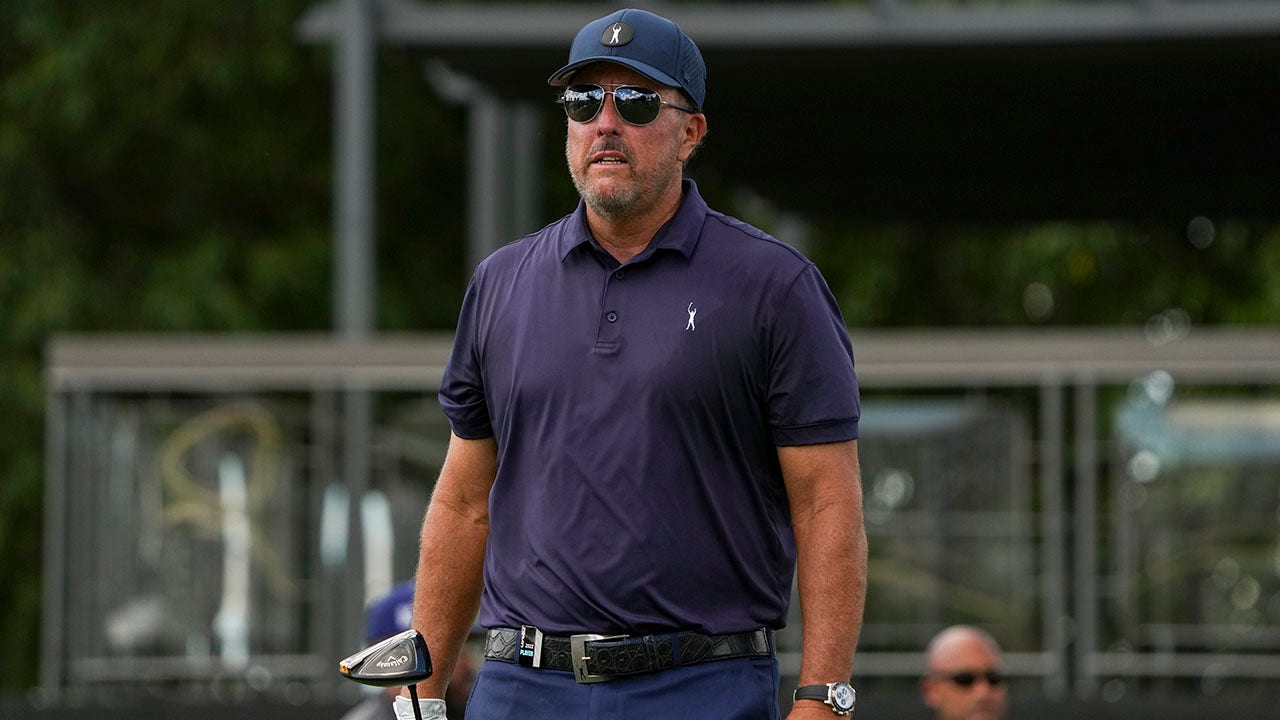 When the conversation turns to golf, particularly the battle between LIV Golf and the PGA Tour, Phil Mickelson will inevitably be involved.

On Tuesday, 15-time major champion Tiger Woods was asked whether Mickelson was owed an apology as PGA Tour players now have an opportunity to make significantly more money due to the threat that LIV Golf poses.

Tiger Woods, tournament host, during a press conference prior to the Hero World Challenge at Albany on Nov. 29, 2022, in Nassau, New Providence, Bahamas.
(Tracy Wilcox/PGA Tour via Getty Images)

Woods did not appear ready to forgive and forget.

Phil Mickelson walks the fairway during the quarterfinals of the LIV Golf Invitational – Miami on Oct. 28, 2022, in Doral, Florida.
(Eric Espada/Getty Images)

Woods’ comments contradict those that Mickelson made in February 2022 when he told The Fire Pit Collective that the PGA Tour was withholding money from the players, sitting on $800 million that they used in order to pay for the Player Impact Program (PIP) and investing in the European Tour.

“They are already sitting on an $800 million cash stockpile,” Mickelson said earlier in the year. “How do you think they’re funding the PIP? Or investing $200 million in the European Tour? The Tour is supposed to be a nonprofit that distributes money to charity.”

Phil Mickelson during the first round of the 2022 LIV Golf Invitational Miami at Trump National Doral Miami golf club in Florida, on Oct. 28, 2022.
(Giorgio Viera/AFP via Getty Images)

The PGA Tour clarified Tuesday that it did not take out a loan in 2020, instead saying it used “reserves and mitigating actions’’ in order to keep operations running during the pandemic, according to Sports Illustrated.

Following Woods’ comments on Tuesday, Mickelson quickly hopped on Twitter to offer his side on the two very different takes.

In June, the PGA Tour increased its purse sizes for 12 “elevated events” in 2023, with purses ranging from $15 million to $20 million.

The PIP bonus pool was also increased from $50 million to $100 million, with the leading player getting $15 million.