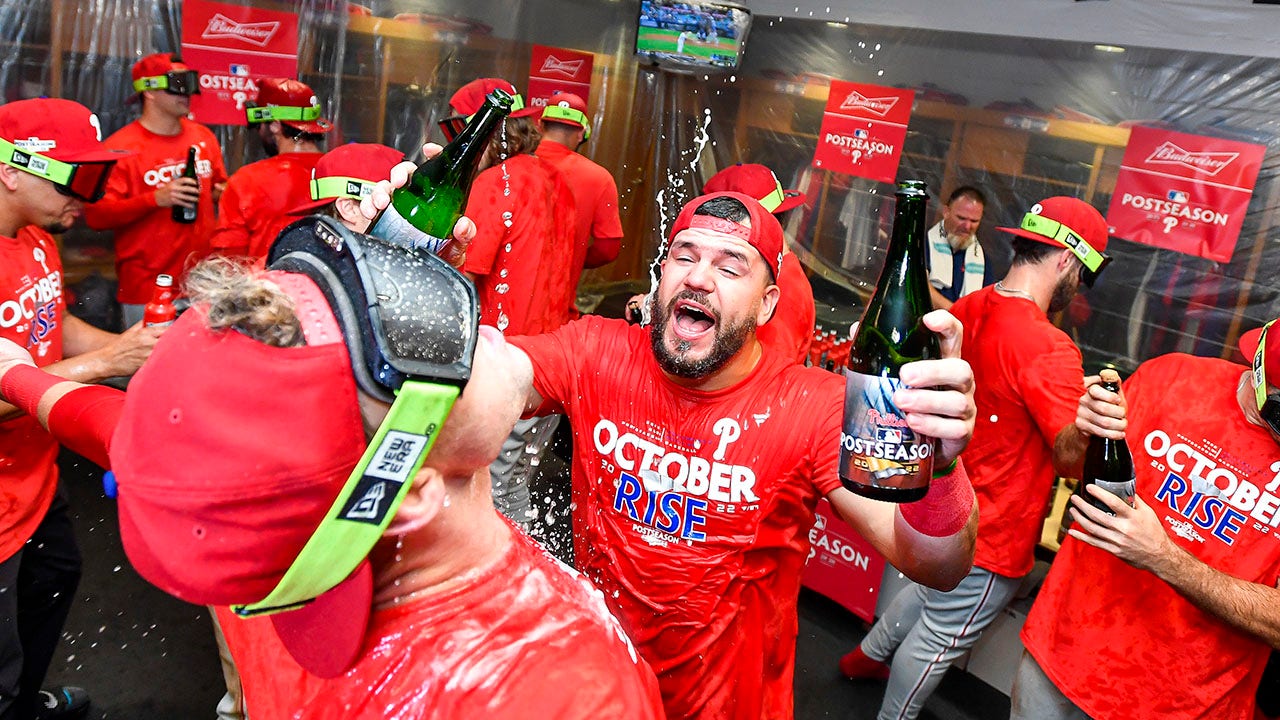 For the first time since 2011, the Philadelphia Phillies are going to the postseason.

The Philadelphia Phillies celebrate after clinching the Wild Card, their first playoff berth since 2011 with a 3-0 win over the Houston Astros at Minute Maid Park on Oct. 3, 2022 in Houston.
(Logan Riely/Getty Images)

It has been a season full of challenges for Philadelphia, firing their manager – Joe Girardi – in June after a 22-29 start to the 2022 MLB season, and being without the services of two-time MVP Bryce Harper for two months of the regular season.

“I think when we started out when I signed here in ‘19, I think I said it was going to take us a couple years,” Bryce Harper said, according to MLB.com.

Bryce Harper #3 of the Philadelphia Phillies congratulates Kyle Schwarber, #12, after Schwarber hit a homerun in the first inning against the Houston Astros at Minute Maid Park on Oct. 3, 2022 in Houston.
(Logan Riely/Getty Image)

Interim manager Rob Thomson took over for Girardi following the early season firing, guiding the roster through a stretch in September that saw the Phillies go on two five-game losing streaks.

Kyle Schwarber, #12 of the Philadelphia Phillies, celebrates with teammates in the locker room after clinching the Wild Card, their first playoff berth since 2011 with a 3-0 win over the Houston Astros at Minute Maid Park on Oct. 3, 2022 in Houston.
( Logan Riely/Getty Images)

“Congratulations, enjoy this, you’ve earned it.”

Phillies starter Aaron Nola pitched six and ⅔ innings of two-hit baseball, striking out nine and walking zero before closer Zach Eflin came in for the ninth inning save.

“This is exactly what you dream of,” Eflin said. “This is what you want. But we’re just getting started. We want to do this four more times.”

Philadelphia will be the NL Central champion St. Louis Cardinals in the best-of-three Wild Card game. Game 1 is Friday night in St. Louis.