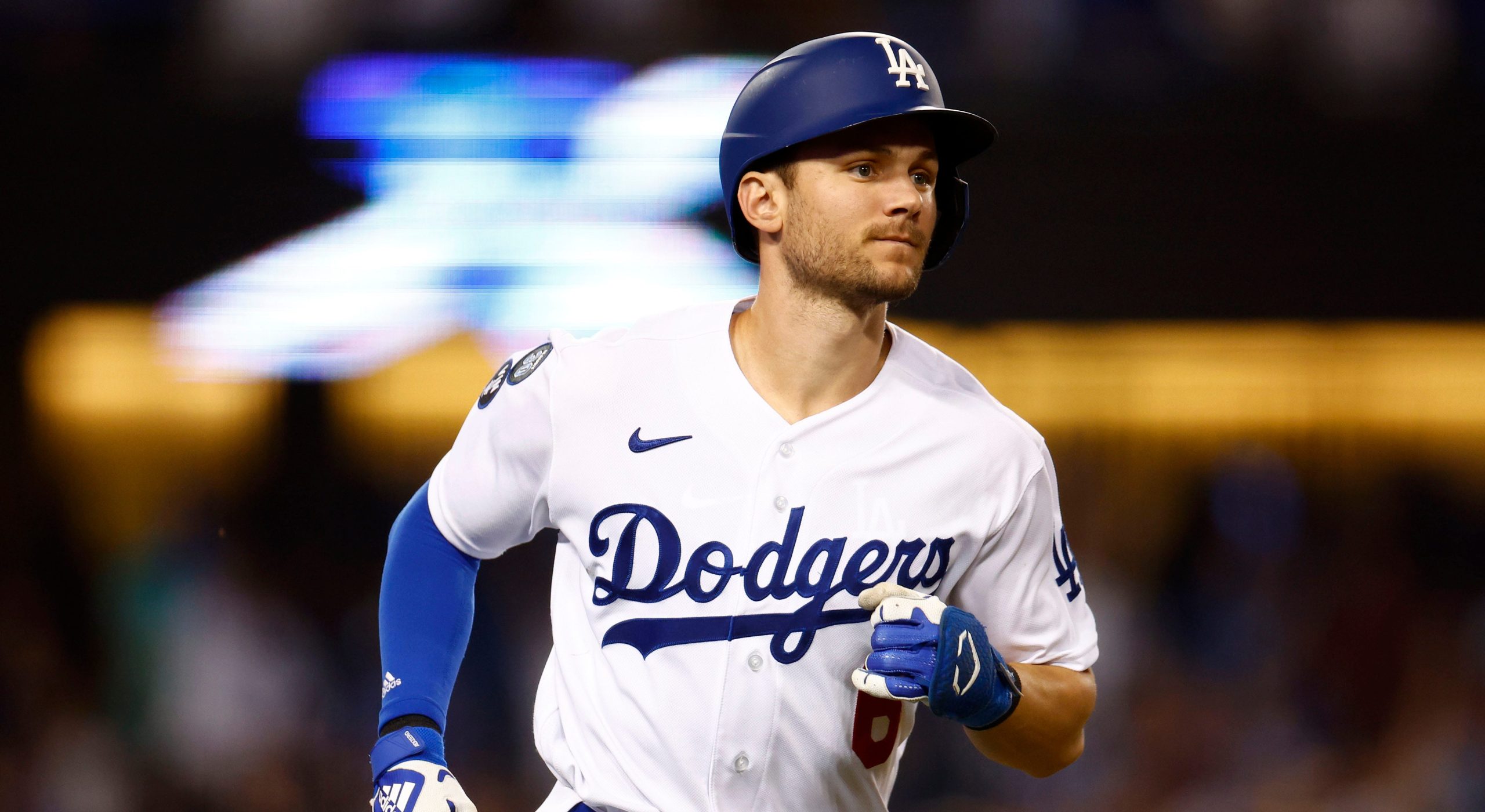 The reigning National League champions, the Philadelphia Phillies, made a big splash on Monday as they are reportedly signing All-Star shortstop Trea Turner to a massive long-term deal, per ESPN.

After falling to the Houston Astros in the World Series, the Phillies were quick to identify what they could be lacking and shortstop was a position they felt they could improve.

Bryson Stott was one of their top prospects and played well during the Phillies’ run last season. But with Turner’s addition, the Phillies will likely not mind pushing him over to second base to allow Turner to play his desired position.

Trea Turner of the Los Angeles Dodgers reacts to his solo home run during the third inning in Game 2 of the National League Division Series against the San Diego Padres at Dodger Stadium on Oct. 12, 2022, in Los Angeles.
(Harry How/Getty Images)

Turner’s addition to the Phillies’ already potent lineup will be a scary sight for the NL East and the rest of the league.

Turner joins the likes of Bryce Harper, someone he played years with on the Washington Nationals before being traded to the Los Angeles Dodgers in 2021, Kyle Schwarber, J.T. Realmuto, Nick Castellanos and more who can turn a game around with one swing of the bat.

But Turner also brings a solid, versatile glove to shortstop, which is just one of the positions he’s played in his career. Turner can work in the outfield, if necessary, while providing consistency at the top of the lineup.

Turner knows all about the competitiveness of the NL East, too, having spent his first six and a half seasons with the Nationals. What he brings to the Phillies now is someone that gets on base, but not for the lack of pop in his swing.

Trea Turner of the Los Angeles Dodgers doubles during Game 1 of the National League Division Series against the San Diego Padres at Dodger Stadium on Oct. 11, 2022, in Los Angeles.
(Ronald Martinez/Getty Images)

For his career, Turner is a .302 hitter with a .355 on-base percentage. With players like Schwarber, Harper and others that can swing for the fences, Turner’s presence at the top could make those home runs worse for opponents with him on base.

This move for Turner comes just hours after the New York Mets reportedly signed the 2022 AL Cy Young and World Series champion Justin Verlander to a large, short-term pact to team up with Max Scherzer again from their Detroit Tigers days.

The NL East has come to play this free agency period.