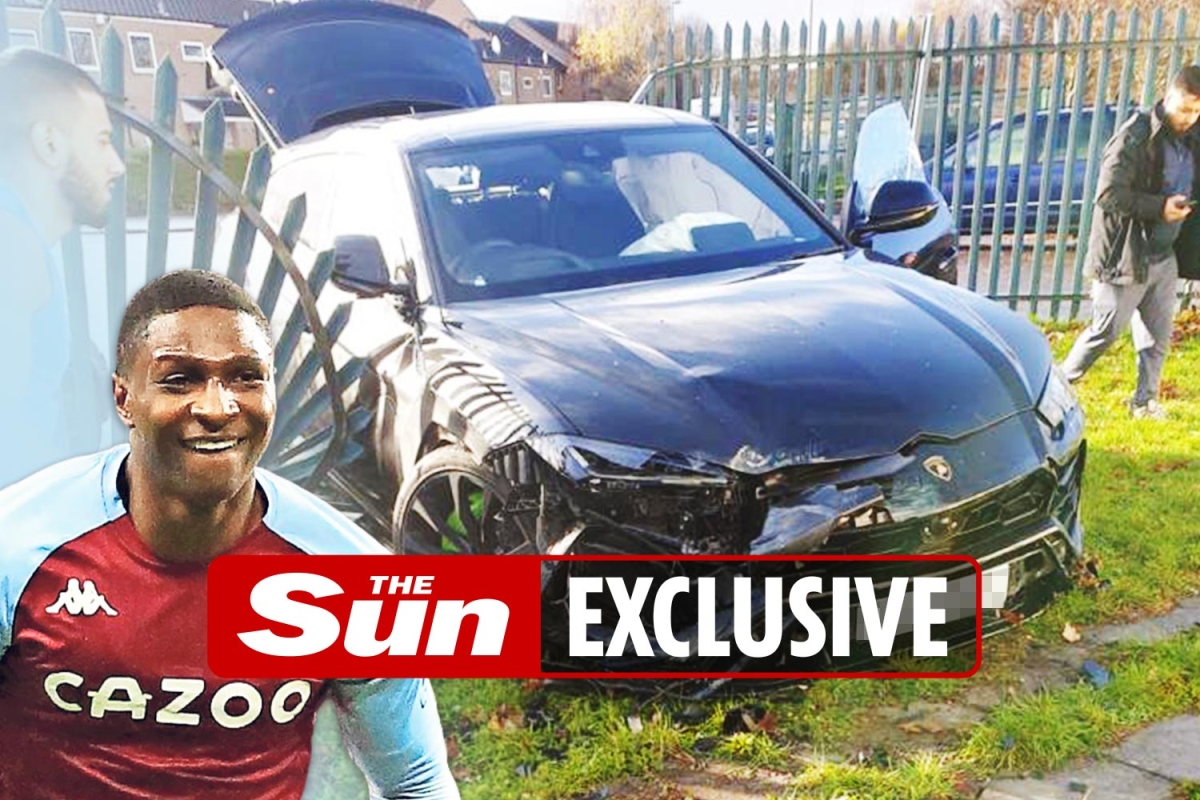 Parents said it was “pure luck” that Aston Villa defender Kortney Hause’s high-powered Lamborghini did not kill anyone.

The player, 26, was heading to Villa Park for his team’s clash with Manchester City when the £200,000 4-litre Urus V8 careered off the road.

Witnesses told how Hause appeared dazed and in shock after the airbags of his flash motor were deployed in the impact.

Stunned dad Sabbir Ahmed, 43, said: “My daughter and hordes of children stand on the corner in front of the gates before and after school.

“It was a staggering slice of luck that no one was killed.

“The black Lamborghini lost control in wet conditions. Everyone is shaking at what could have happened. When I saw the wreckage I thought there must be bodies.

At another time of day, anyone could have been killed.”

The Lambo ploughed through the fence in Aston, Birmingham, just 25 minutes before pupils began flooding out of the three schools at the site.

Police were called and spoke to Hause. A spokesman last night said it was a “damage-only collision” and were unable to provide any details. Aston Villa was asked for comment.

In May, Hause revealed he had begged officers to let him off for speeding as he was on his way to meet Prince William at the opening of his club’s new training ground.

£200,000 Lamborghini in flames after groom crashed driving on his wedding night

We pay for your stories!

Do you have a story for The Sun news desk?