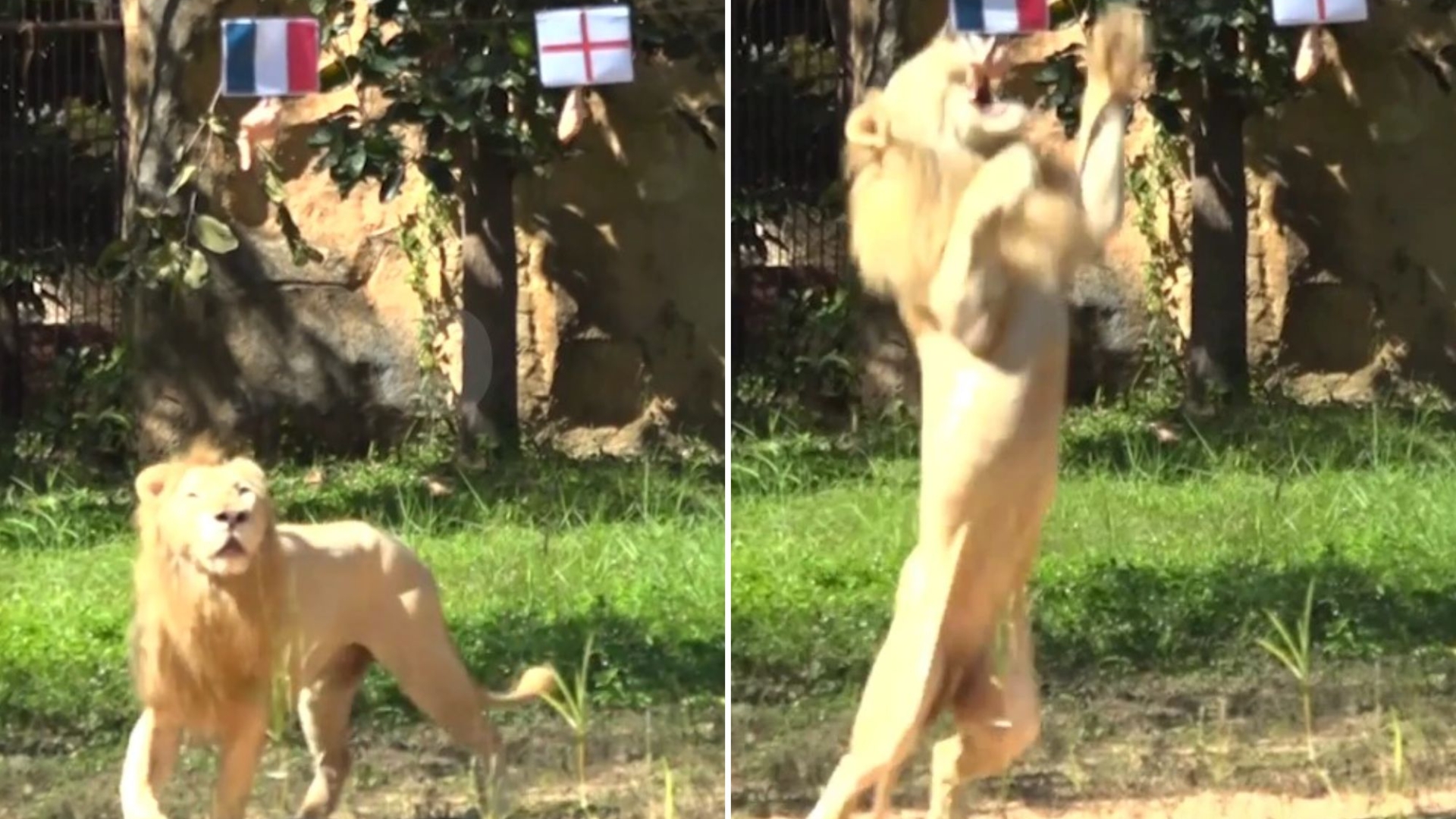 A LION with a skill for picking winners of football games has predicted who will triumph in England’s World Cup quarter-final clash with France on Saturday.

According to zookeepers in Khon Khaen, Thailand, Chao Boy has a 90 per cent success rate for picking victors on the pitch.

Earlier today, footage showed the big cat striking the French flag, gobbling down the meal and calling the Les Bleus winners of the upcoming knockout final.

At first, when the St George’s Cross and the French tricolour were ziplined into the enclosure, Chao Boy seemed undecided.

He pondered about, possibly a telling sign it will be a tight game, but eventually he parked under the hard-fought winner. 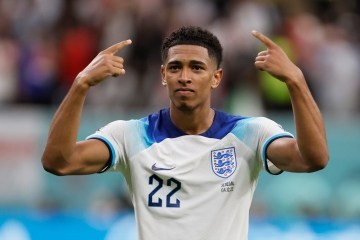 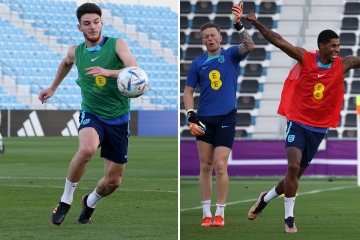 Sceptical or not, the paws of the feline have an apparent track record of success.

The Thai lion recently chose Argentina over Holland, Brazil to beat Croatia and Morocco to knock out Portugal.

“Whether it’s the World Cup, Euros, or other major football matches, he can predict accurately with 80 or 90 per cent of his guesses being correct.”

Bookies are on the side of the lion, with France currently seen as favourites, however, Harry Kane is tipped to score the opener.

England will play France at the Al Bayt Stadium in the city of Al Khor on Saturday night, December 10, with kick-off at 10pm.

As far as predictions go, another outlandish punter purporting to be a time traveller reckons he knows who will come out on top in the crunch match.

He told social media users that the Three Lions will roar to victory by bagging two goals in the game against the current World champions.

In the barmy video, he claims Didier Deschamps’ side will only net one goal, squandering the French’s bid for glory.

The ridiculous TikTok racked up a sturdy 36,500 views in just 24 hours as football fans scoured the net for predictions.