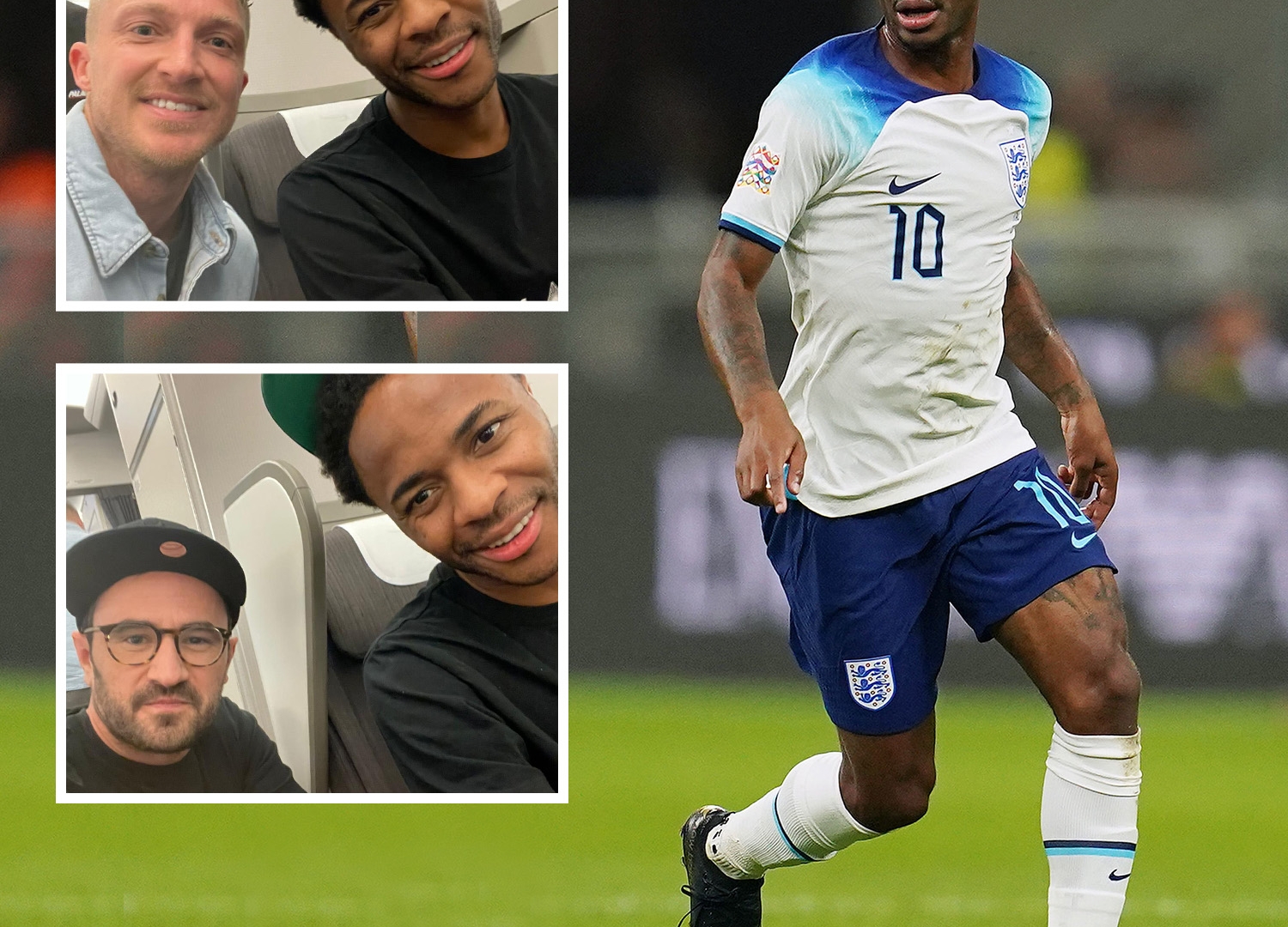 RAHEEM Sterling is said to be “looking forward to getting stuck in” after being pictured returning to Qatar for the World Cup following a shocking burglary.

The Three Lions ace’s mansion was targeted by a gang who stole £300,000 worth of watches and designer jewellery.

Raheem, 28, pulled out of Gareth Southgate’s squad and dashed home after learning of the terror raid.

But the England star was spotted at Heathrow Airport last night to make the flight back to Doha.

Starstruck fans were spotted taking pictures with a grinning Sterling who was “buzzing” to be on the flight back.

One fan said: “Raheem was amazing, happy to take pics and buzzing to get back to the squad. He’s looking forward to getting stuck in.”

Sterling is set to join back up with the rest of the Three Lions squad who are preparing for Saturday’s quarter-final tie with world champions France.

All eyes will be on the Al-Bayt Stadium when the Three Lions take on the current World champions in a mouth-watering tie.

His return comes after a brief statement from the FA, which read: “Raheem Sterling will return to England’s World Cup base in Qatar.

“The Chelsea forward temporarily left to attend to a family matter but is now expected to re-join the squad in Al Wakrah on Friday ahead of the quarter-final with France.”

Raheem had been waiting for some final assurances over security for his family before taking a flight back to Doha.

Sterling, who turned 28 yesterday, has three children in total, two of whom are with fiancée Paige Milian.

The break-in at his £6million home left his family deeply upset and manager Gareth Southgate gave his full support over the player returning to England.

England footballers were told of the break-in during a team meeting hours before kick-off against Senegal.

Team-mate Kalvin Phillips said: “Once one player goes through it, there is always a thought in the back of your mind that it might happen to you.

“It’s not really a nice feeling when you are so far away and have family at home.

“Raheem feels good enough to join back up with us — and we’re very happy his family are OK. It will be a massive lift.

“Raheem’s an amazing player and obviously had to fly home with what’s gone on.

“We’re just glad everything is OK now and he can rejoin us to play a big part in the next game, which we are looking forward to.”