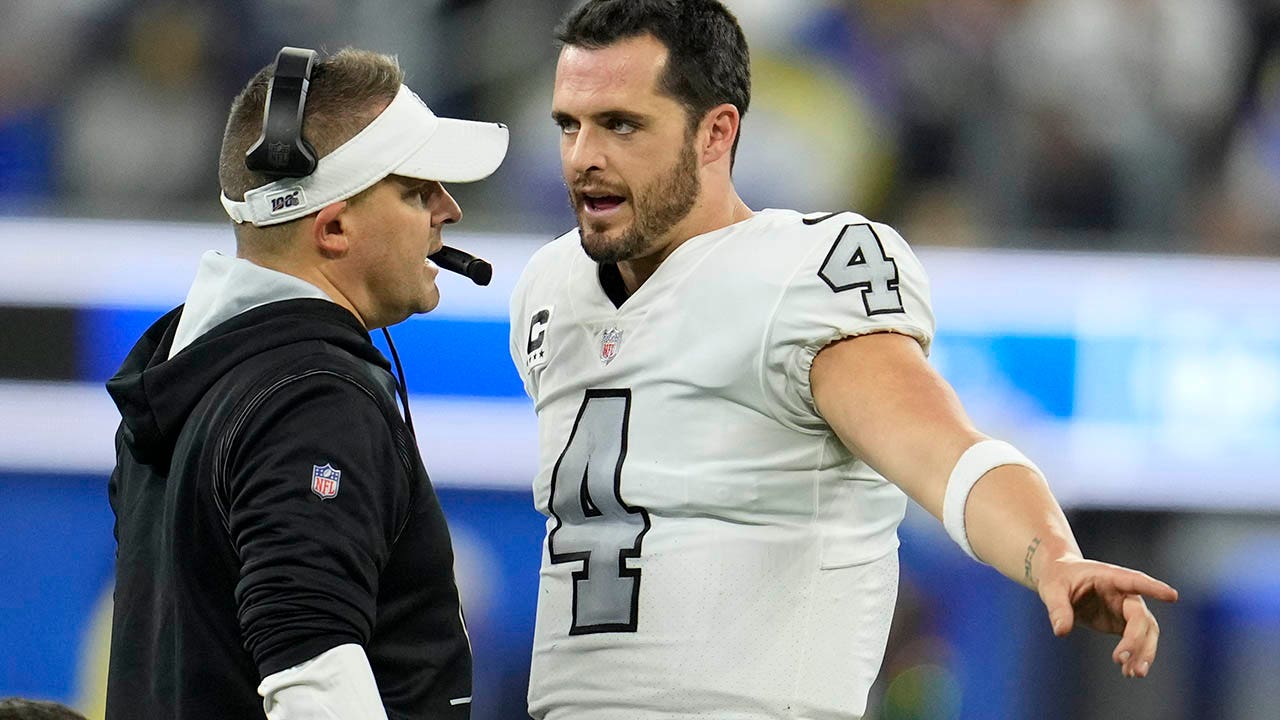 The Las Vegas Raiders were in control in the fourth quarter with a 16-3 lead with about 12:20 remaining in the game against the Los Angeles Rams.

Mayfield led the Rams on a 17-play, 75-yard drive that ended with a Cam Akers touchdown run at the goal line. The Rams’ defense then made a stop, but a great punt down to the 2-yard line meant Mayfield had to orchestrate a 98-yard drive for the go-ahead score.

Las Vegas Raiders running back Josh Jacobs runs with the ball during the second half of an NFL football game against the Los Angeles Rams Thursday, Dec. 8, 2022, in Inglewood, California.
(AP Photo/Marcio Jose Sanchez)

Mayfield’s 8-play, 98-yard drive ended with a touchdown pass to Van Jefferson and the extra point from Matt Gay. Los Angeles went up 17-16 and won by the same score.

The criticism came for the Raiders on Twitter. Las Vegas’ three-game winning streak ended but losing to Mayfield, who barely had two days to study the playbook, and the Indianapolis Colts a few weeks after they hired TV analyst Jeff Saturday as their interim coach did not sit well.

Derek Carr was 11-for-20 with 137 passing yards and two interceptions, including one that put the final nail in the coffin. Josh Jacobs ran for 99 yards and a touchdown despite being hampered by injuries.