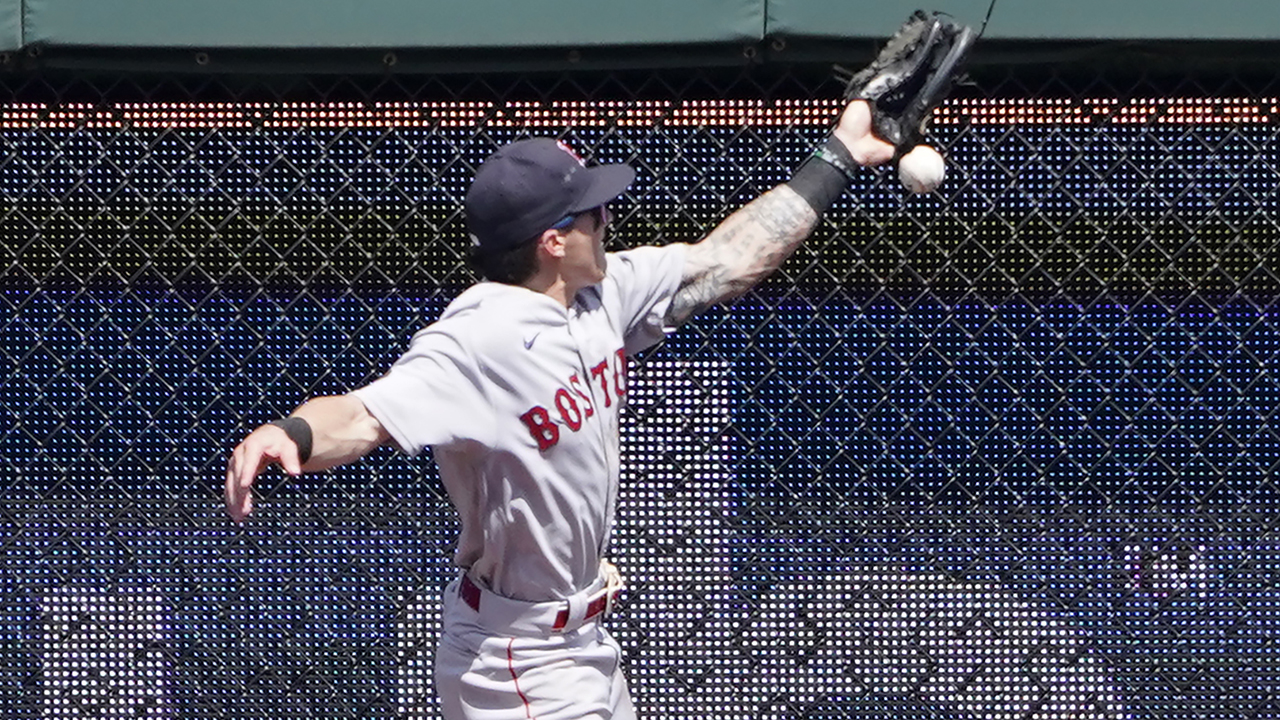 Boston Red Sox outfielder Jarren Duran had a tough seventh inning in the team’s 13-5 loss to the Kansas City Royals on Sunday.

Duran lost a fly ball in the sun and dropped a ball hit into the gap. To make matters worse, he was hearing it from the fans and was seen jawing back and forth with the Royals faithful at Kauffman Stadium. He said fans were tossing bottlecaps at him. Duran was yelling into the stands and at one point took a step toward the fence.

TWINS’ ROCCO BALDELLI RAGES AFTER CONTROVERSIAL CALL IN LOSS TO BLUE JAYS: ‘I THINK IT WAS PATHETIC’

Jarren Duran, #40 of the Boston Red Sox, drops a ball hit by Kyle Isbel of the Kansas City Royals in the at Kauffman Stadium on August 07, 2022 in Kansas City, Missouri.
(Ed Zurga/Getty Images)

Royals rookies M.J. Melendez, Michael Massey, Nate Eaton and Kyle Isbel all had a helping hand in the win over the Red Sox.

“When you start winning games, the energy starts getting bigger and bigger,” Eaton said. “You just take that into the next series and that’ll hopefully make it really great.”

Kansas City Royals’ MJ Melendez, reacts after getting doused by Bobby Witt Jr., as they celebrate their team’s 13-5 win over the Boston Red Sox at the end of a baseball game in Kansas City, Mo., Sunday, Aug. 7, 2022.
(AP Photo/Colin E. Braley)

The Red Sox are now two games under .500 and are in last in the American League East with a 54-56 record.