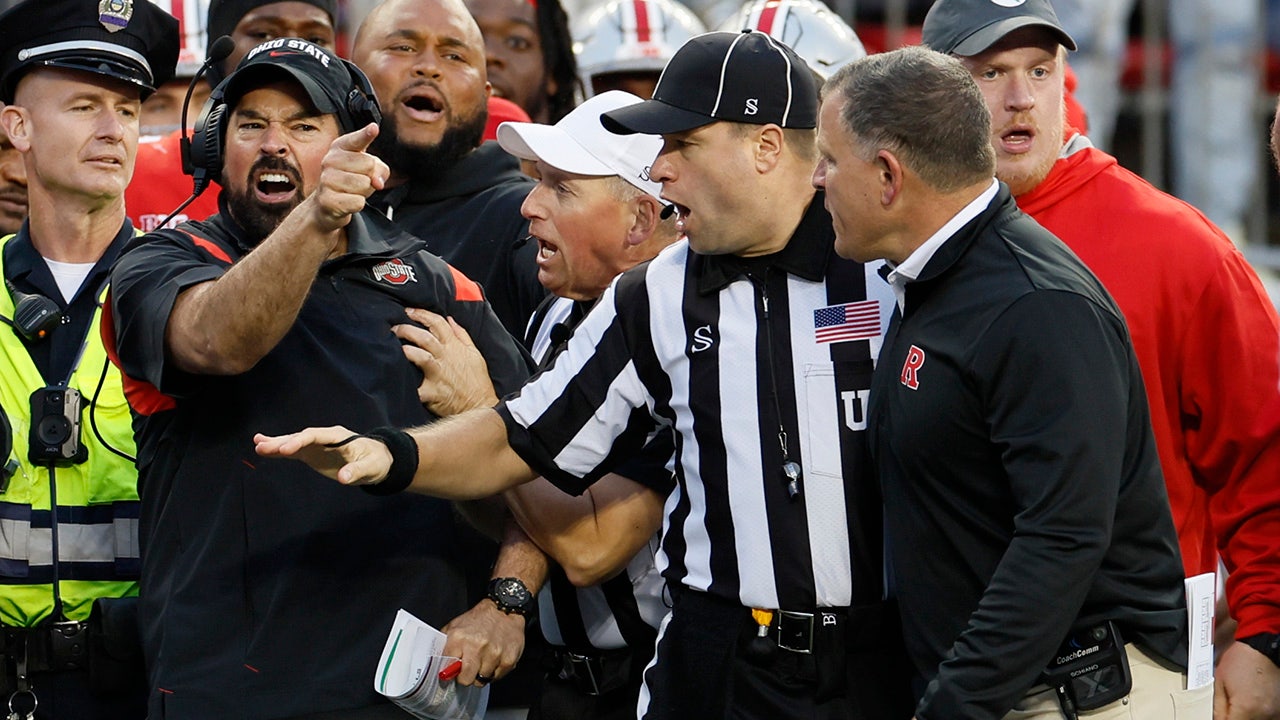 Ohio State coach Ryan Day and Rutgers coach Greg Schiano got into a heated altercation on the sideline in the fourth quarter of Saturday’s Big Ten Conference matchup.

Ohio State punter Jesse Micro dropped back to kick the ball away as the Buckeyes were up 49-10 with 9:36 left in the game. Micro rolled to his right and put his head down when he pulled the ball back and ran for a first down on 4th-and-2.

As Micro tried to get out of bounds, Rutgers receiver Aron Cruickshanks delivered a huge hit, and it set off some pushing and shoving.

Schiano would run from his own sideline to the Ohio State sideline to pull his players out of the scrum and get into the face of Day. Cruickshanks would be ejected from the game, and Day and Schiano would receive offsetting unsportsmanlike conduct penalties.

As the game ended, both coaches met at midfield. Day could be heard apologizing to Schiano.

NO. 5 CLEMSON DOMINATES SECOND HALF IN WIN OVER NO. 10 N.C. STATE

Both coaches downplayed the interaction in their post-game press conferences.

Ohio State quarterback C.J. Stroud had two touchdown passes in the game. He was 13-of-22 passing for 154 yards. Miyan Williams ran for 189 yards with five touchdowns.

Ohio State quarterback C.J. Stroud drops back to pass against Rutgers during the first half of an NCAA college football game, Saturday, Oct. 1, 2022, in Columbus, Ohio.
(AP Photo/Jay LaPrete)

Rutgers running back Samuel Brown V ran for 79 yards on 15 carries. Their lone touchdown came on a pass from Evan Simon to Sean Ryan.