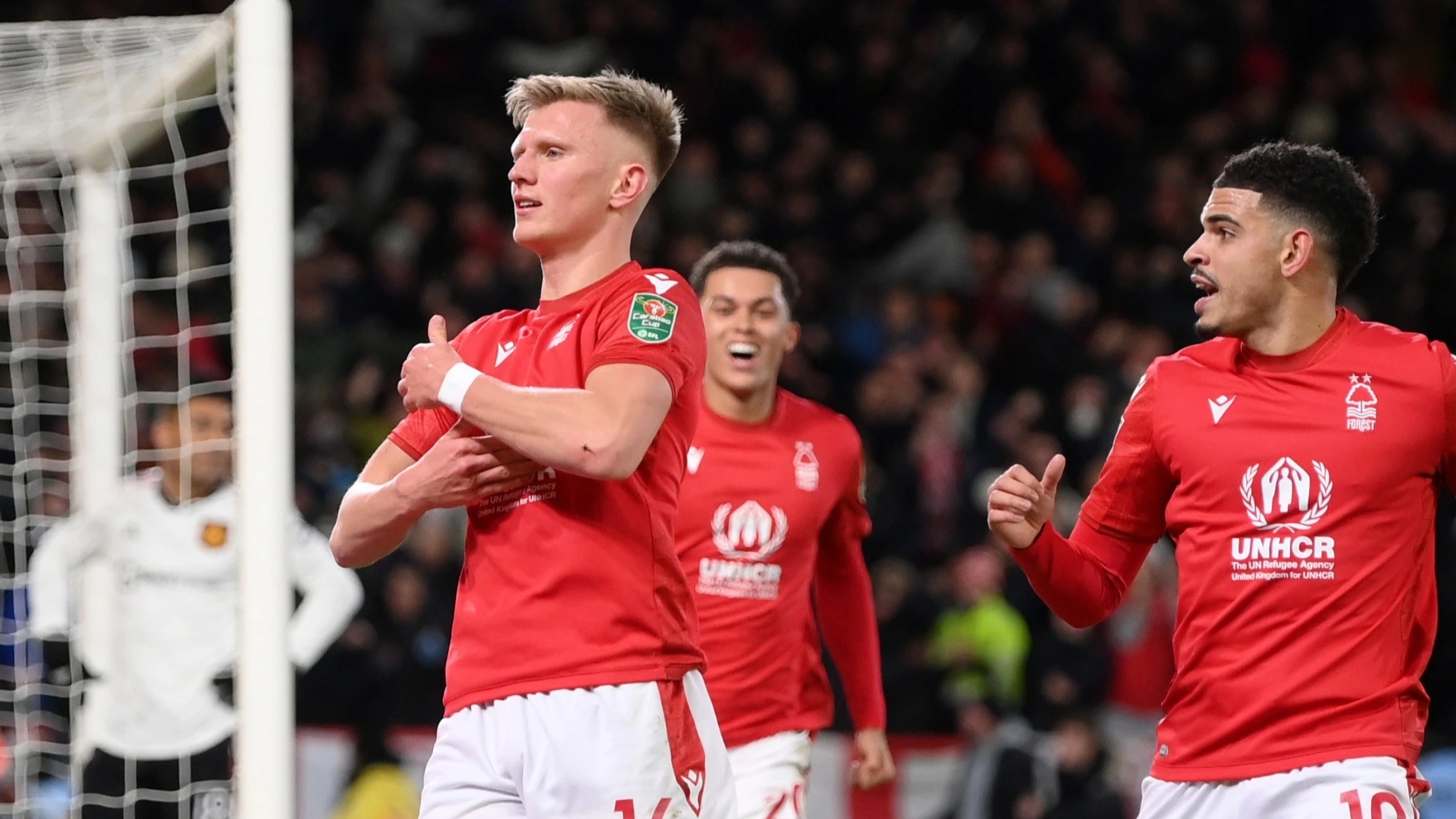 But the Nottingham Forest striker was left red-faced when the goal was chalked off.

A ruthless counter-attack from Nottingham Forest is brilliantly finished by Sam Surridge but it’s ruled out for offside after a VAR check! 📺 pic.twitter.com/hmxGrND99v

Surridge, 24, thought he had brought his side level in the first leg of their Carabao Cup semi-final at the City Ground.

He slipped in Surridge, who coolly curled the ball into the bottom corner past David De Gea.

The ex-Bournemouth man – who scored an equaliser at the Vitality on Saturday – raced away to celebrate in front of the travelling Red Devils supporters as the home end of the stadium erupted. 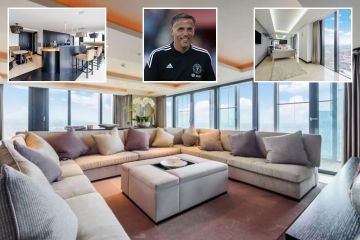 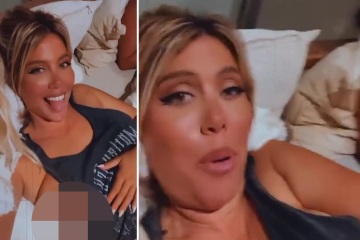 And he chose to recreate the ‘meditating pose’ made famous by ex-United star Ronaldo and also performed by United star Alejandro Garnacho before his Forest team-mates mobbed him.

However, Forest’s joy was cut short when the VAR looked at the replays and proved Surridge was just offside when the pass was played.

And plenty of fans took to social media to mock the unfortunate forward – describing the incident as a “bit awkward”.

One said: “Surridge with the Ronaldo celebration. Only to be called for offside. In your face.”

Another wrote: “Man United have to bury Forest now lol. Sam Surridge really disrespected them like this with that Ronaldo celebration.”

A third added: “That disappointing ending to the Surridge goal is really a homage to Ronaldo’s ending at United.”

And a final user commented: “And he hit with a Ronaldo celebration against Man Utd this Surridge guy 😭😭😭. Nice try tho.”

United led 1-0 at the time of Surridge’s blooper moment thanks to Marcus Rashford’s early opener to continue his red-hot form.

On-loan striker Wout Weghort made it 2-0 to Erik ten Hag’s side just before half-time.