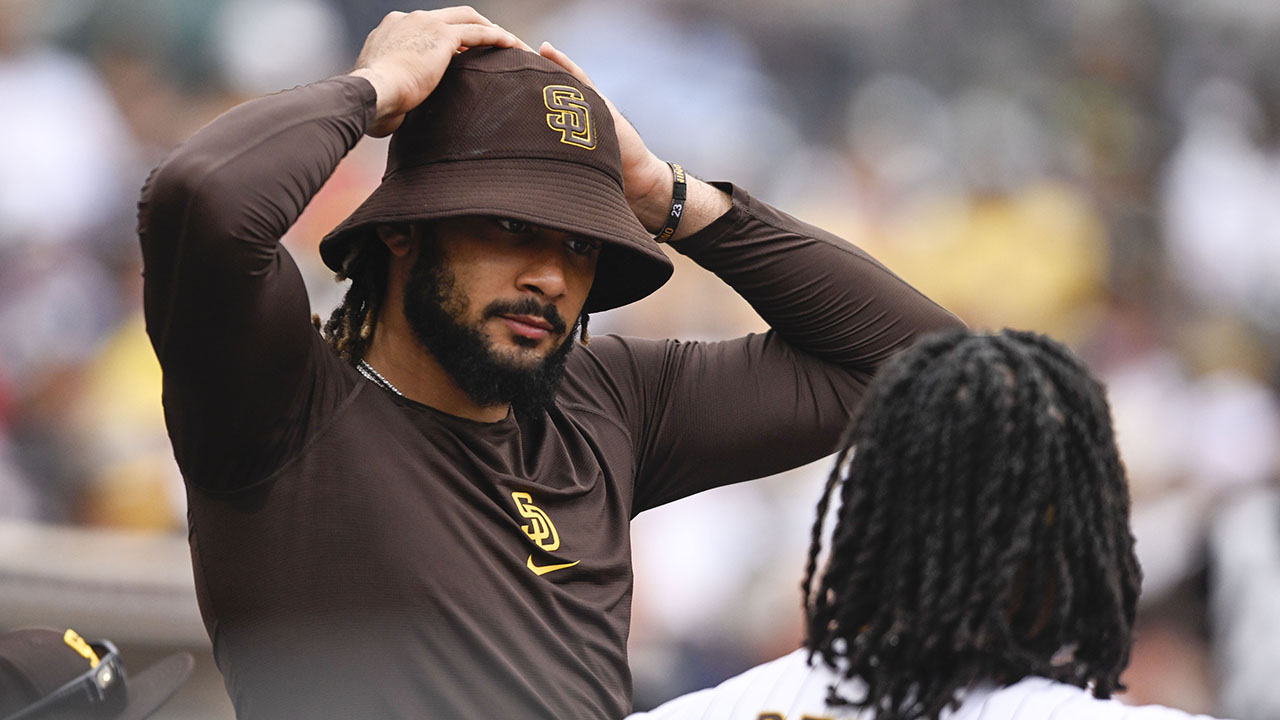 It also rocked an organization with World Series aspirations.

The Padres went all-in at Major League Baseball’s trade deadline, trading for superstar outfielder Juan Soto and first baseman Josh Bell. The deal immediately catapulted San Diego into the World Series conversation, especially with Tatis Jr.  expected to return to the diamond some time in the second half.

Just last weekend, Tatis Jr. headed to San Antonio to start his rehab assignment as his 2022 debut neared. The thought of Tatis Jr. next to Soto, Bell and Manny Machado would put fear into any pitcher come October.

Now, the Padres will try and recover from the disappointment of losing their All-Star shortstop for the rest of the regular season, the playoffs and a portion of the 2023 season.

The San Diego Padres’ Manny Machado  is congratulated by teammates after his home run during the fourth inning of a game against the Miami Marlins May 5, 2022, in San Diego.
(AP Photo/Gregory Bull)

“It’s very disappointing,” Padres president of baseball operations A.J. Preller said Friday night, according to The San Diego Union-Tribune. “He’s somebody that, from the organization’s standpoint, we’ve invested time and money into.

“When he’s on the field, he’s a difference maker. You have to learn from the situations. We were hoping that from the offseason to now that there would be some maturity, and obviously with the news today, it’s more of a pattern, and it’s something that we’ve got to dig a bit more into. … I’m sure he’s very disappointed. But, at the end of the day, it’s one thing to say it. You’ve got to start showing by your actions.”

It’s the second time in the past few months Tatis Jr. has let down his teammates, with the wrist injury reportedly occurring from an off-season motorcycle accident.

Mike Clevinger of the San Diego Padres pitches in the fourth inning against the Washington Nationals at Nationals Park Aug. 12, 2022, in Washington, D.C.
(Mitchell Layton/Getty Images)

“Very disappointed,” Padres pitcher Mike Clevinger said. “It’s the second time we’ve been disappointed with him. You hope he grows up and learns from this and learns that it’s about more than just him right now.”

Preller told reporters trust between the two parties needs to be established, as it has been lacking over the past few months.

Fernando Tatis Jr., left, of the San Diego Padres, talks to Josh Bell during a game against the Colorado Rockies Aug. 4, 2022, at Petco Park in San Diego.
(Denis Poroy/Getty Images)

“We’ll start digging into the shoulder and wrist; we’ll look a little bit more into that now because we’ll have some more time to have some conversations there,” Preller said. “I think what we need to get to is a point in time where we trust.

“Over the course of the last six or seven months, I think that’s been something that we haven’t really been able to have there.

The Padres are 64-51 and two games up on the Milwaukee Brewers for the final wild-card spot in the National League.

Kwarteng to accelerate fiscal plan after joking about mini-budget – live