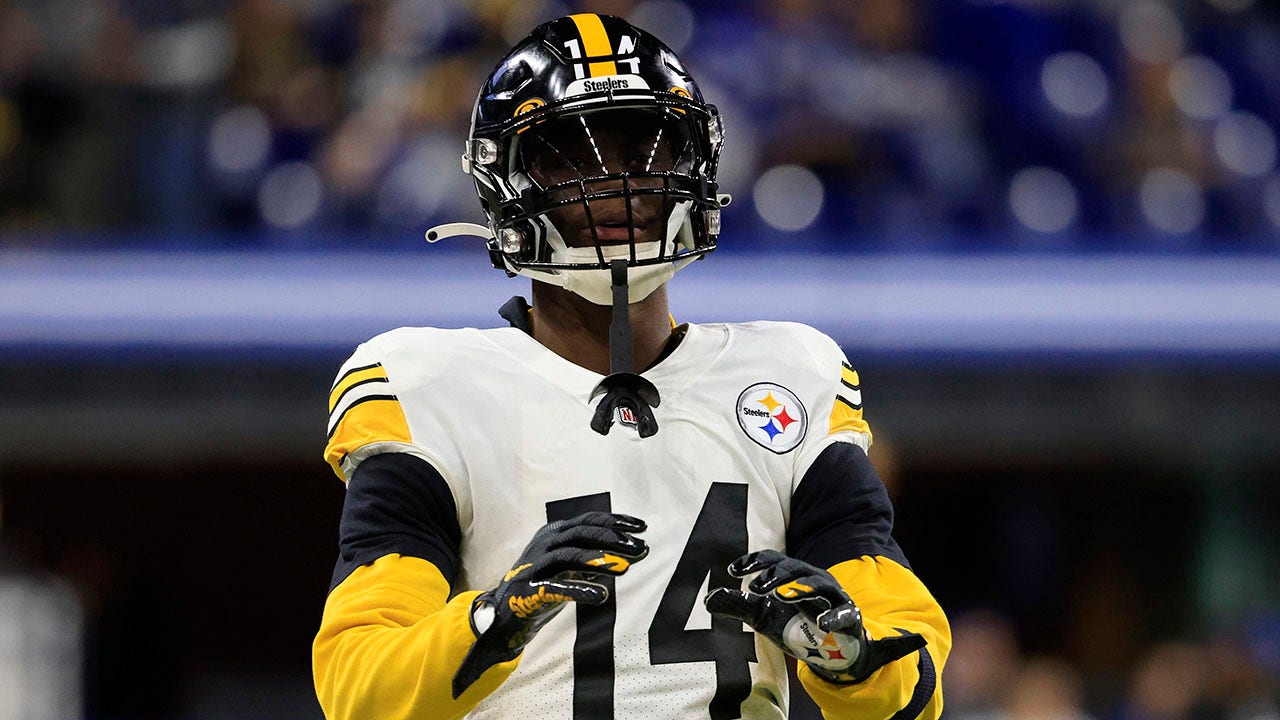 Pittsburgh Steelers wide receiver George Pickens was not pleased with his number of targets against the Atlanta Falcons in Week 13.

Early in the fourth quarter of Pittsburgh’s 19-16 win on Sunday, Pickens was seen yelling at the coaches as he walked to the sidelines, calling for more touches.

Pittsburgh Steelers wide receiver George Pickens, #14, on the field during warm up prior to the game against the Atlanta Falcons at Mercedes-Benz Stadium in Atlanta, Dec. 4, 2022.
(Dale Zanine-USA TODAY Sports)

“Come on, man. Throw me the f—ing ball,” Pickens was seen saying.

BROCK PURDY’S BIGGEST FAN SHARES SPECIAL MESSAGE AFTER 49ERS WIN OVER DOLPHINS: ‘SO PROUD OF YOU!’

Pickens finished the day with just one catch for two yards on two targets.

On Tuesday, Steelers head coach Mike Tomlin was asked about Pickens wanting the ball more, and the 16-year head coach backed his guy.

“I’d rather say ‘Woah than sic ‘em.’ I want a guy that wants to be a significant part of what it is that we do,” Tomlin said. “Now the appropriate and professional and mature way to express that, we’re growing and working on, and we will continue. But that spirit, that competitive spirit, the guy that wants the ball, I want that guy.”

Pittsburgh Steelers head coach Mike Tomlin argues a call during the second half against the Cleveland Browns at FirstEnergy Stadium on Sept. 22, 2022 in Cleveland.
(Nick Cammett/Diamond Images via Getty Images)

Pickens, who was drafted in the second round of the 2022 draft out of Georgia, has had an up-and-down season, catching 37 passes for 512 yards and two touchdowns.

He has been part of the Steelers’ rebuild at the quarterback position, as rookie Kenny Pickett took over for Mitch Trubisky starting in Week 4 against the New York Jets.

“I would imagine that T.J. [Watt] wants to lay the quarterback down more. We’ve got competitors. This is professional football,” Tomlin continued. “These guys know that they have to deliver. So, for a guy that wants to do that, I’m not going to make that a negative, no matter how silly I think the commentary is or people talking about him expressing frustrations and stuff and trying to make it a negative storyline.

George Pickens, #14 of the Pittsburgh Steelers, warms up prior to the game against the Indianapolis Colts at Lucas Oil Stadium on Nov. 28, 2022 in Indianapolis.
(Justin Casterline/Getty Images)

“I laugh at that. Again, that’s one of the reasons why we’re continually progressing because we’re capable of tuning that BS out.”

Pittsburgh is 5-7 on the season with a matchup against the Baltimore Ravens on Sunday.