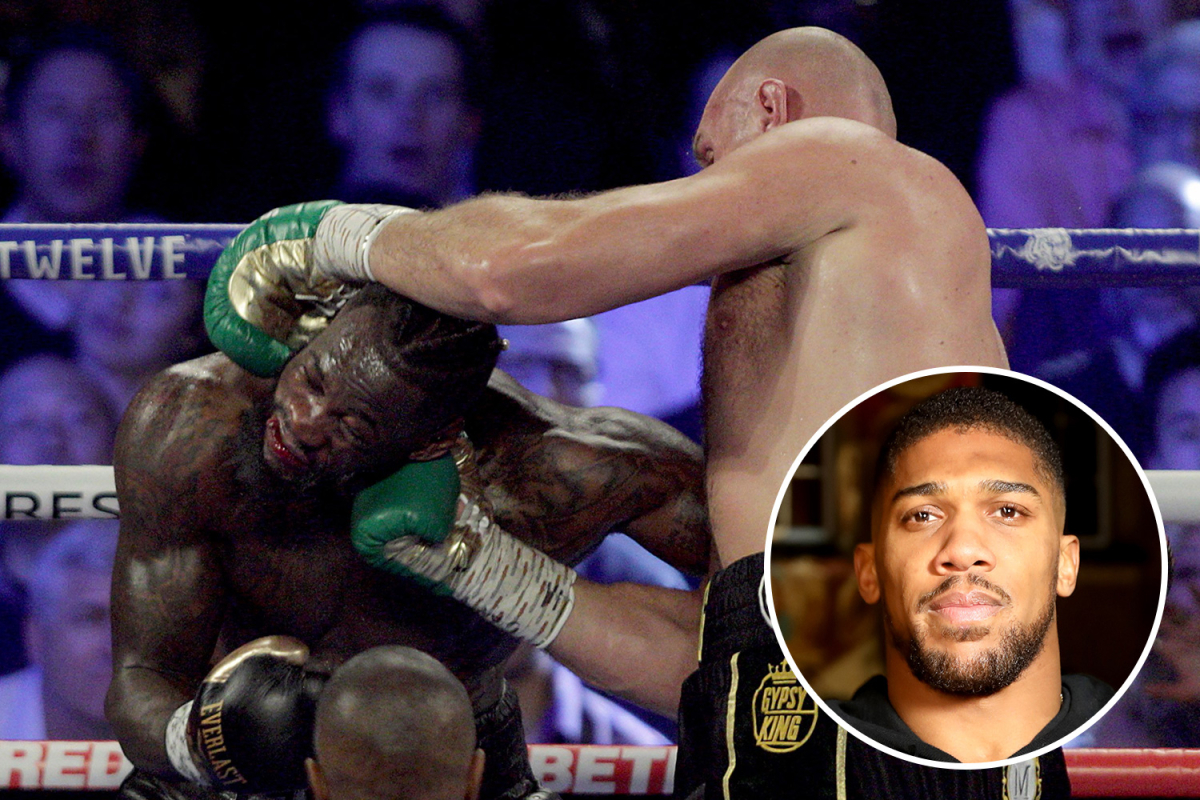 TYSON FURY “annihilated” Deontay Wilder because the American is too one dimensional.

That’s the opinion of Fury’s fellow Brit and heavyweight world champ Anthony Joshua who was not surprised by what happened in their rematch.

Back in 2020, Fury battered Wilder all around the ring before the Bronze Bomber’s team pulled him out.

Despite Wilder’s protestations to his corner, it was clear to everyone watching that he was being totally outclassed.

Now Joshua, who is continuing to face calls to thrash out a unification fight with Fury, believes Wilder’s weaknesses were exploited in brutal style.

When you go to war, you can’t have one weapon in your arsenal, which was his right hand

Speaking to Sky Sports, the WBA, WBO and IBF champ said: “I believed Tyson Fury could potentially do what he done.

“I just felt like, Deontay Wilder is a formidable ex-champion and has a chance to come back, but I just knew that when he gets to the top level, it will be difficult, because it’s one thing getting there and it’s another thing staying there.

“We’ve seen in some of his fights, it’s been difficult for him and then he lands his punch and he’s been victorious.

“But I always believe that when you go to war, you can’t have one weapon in your arsenal, which was his right hand.

“Once that was taken away from him, which Fury did, I’m not going to go into tactics, but he was able to annihilate Wilder and expose him for some of his weaknesses.

“Fury did a great job tactically and I’m looking forward to their rematch.”

SunSport reported that AJ would jump into an undisputed decider with Fury if the Gypsy King’s camp can kill off their respective upcoming bouts.

Joshua will next fight Oleksandr Usyk at the Tottenham Hotspur next weekend.