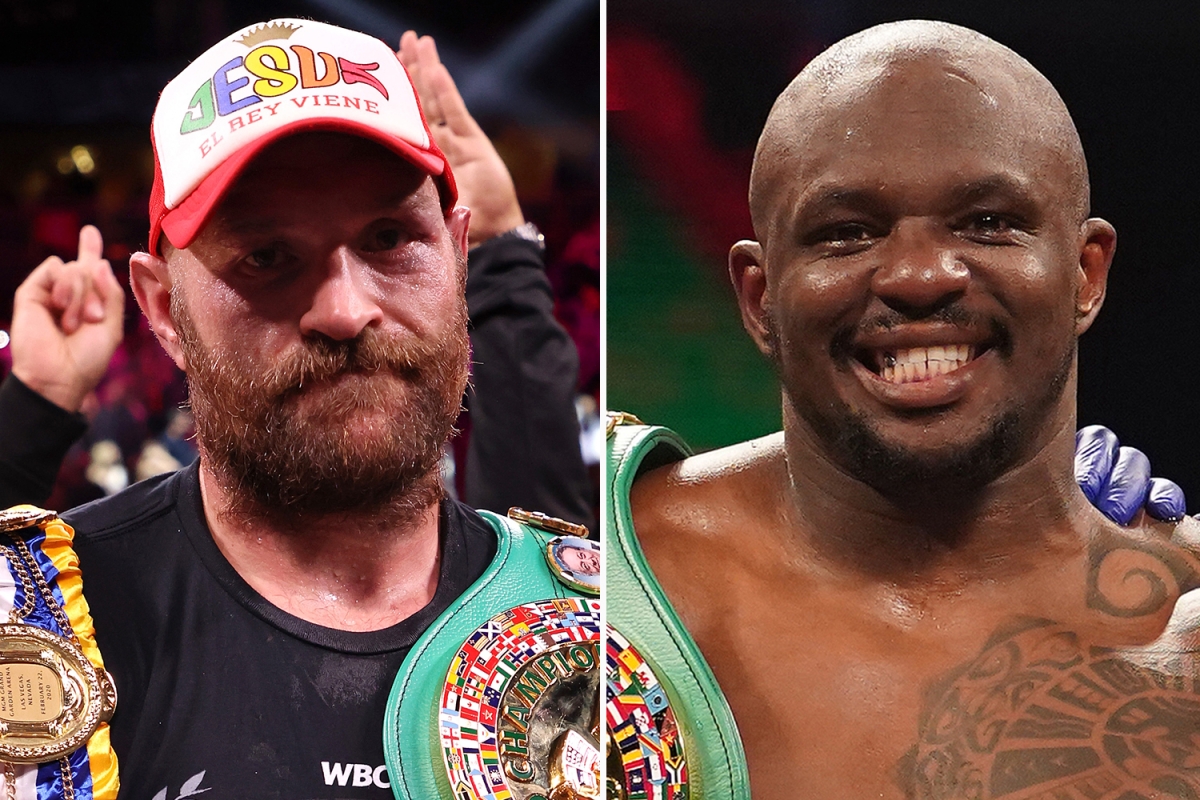 EDDIE HEARN says he expects Tyson Fury to be officially ordered by the WBC to defend his world title against Dillian Whyte.

The Gypsy King retained his belt with an epic victory over Deontay Wilder in their trilogy fight earlier this month.

Just weeks before that thriller in Las Vegas, the heavyweight boxing scene was thrown up in the air when Oleksandr Usyk completely outclassed Anthony Joshua to win the WBA, IBF, WBO and IBO world titles.

That scuppered a potential unification showdown between AJ and Fury.

The WBC had allowed their champ a 30 day period to set-up a unification clash after the Wilder scrap, but Usyk must give Joshua a rematch first.

Hearn has told his own Matchroom Boxing that he believes the WBC will now be ordering Fury to battle Whyte – despite the Body Snatcher pulling out of his upcoming fight with Otto Wallin due to a shoulder injury.

Discussing the 33-year-old, who beat Alexander Povetkin in a rematch last time out, Hearn said: “When a fighter last boxed in March, and he has the opportunity to fight Tyson Fury probably next March, you want a fight in between that period.

“Dillian Whyte has been training, probably, since the end of April. He’s been in camp in Portugal, he’s spent a lot of money on that camp and had five sparring partners out there the whole time.

“About four weeks ago we got news from the WBC that he will be mandatory for Tyson Fury and if we were gonna pull out of a fight then you’d pull out then.

“There’s no point sparring and paying all these guys – we had that conversation internally and Dillian Whyte said ‘I don’t want to wait a year in between fights when I’m fighting Tyson Fury’.

“We carried on with camp and about two-and-a-half weeks after that he had a shoulder injury, got treated by his doctor and again had another conversation but he wanted to continue with the fight and kept all of his sparring partners there.

“He had a couple of days without sparring, went back in to spar… I think he had one spar and then another one on Monday and had to stop after eight rounds.

“He went back and saw the doctor, had his MRI and the doc said ‘you can’t fight’.

“He doesn’t need an operation, he’ll need about four or five weeks of treatment to it and it’s not going to put him out.”

Asked whether that would affect any potential shot at Fury, Whyte’s promoter Hearn said: “That WBC fight, I think, will be called at the convention in about three weeks time.

“I don’t think the Fury fight will happen until February at the very earliest anyway so I don’t think it will be an issue for him.

“He wanted to fight and anyone that knows Dillian Whyte knows that he is not going to shirk out of a fight.

“It wasn’t the threat of losing the Tyson Fury fight, he could not carry on sparring.”