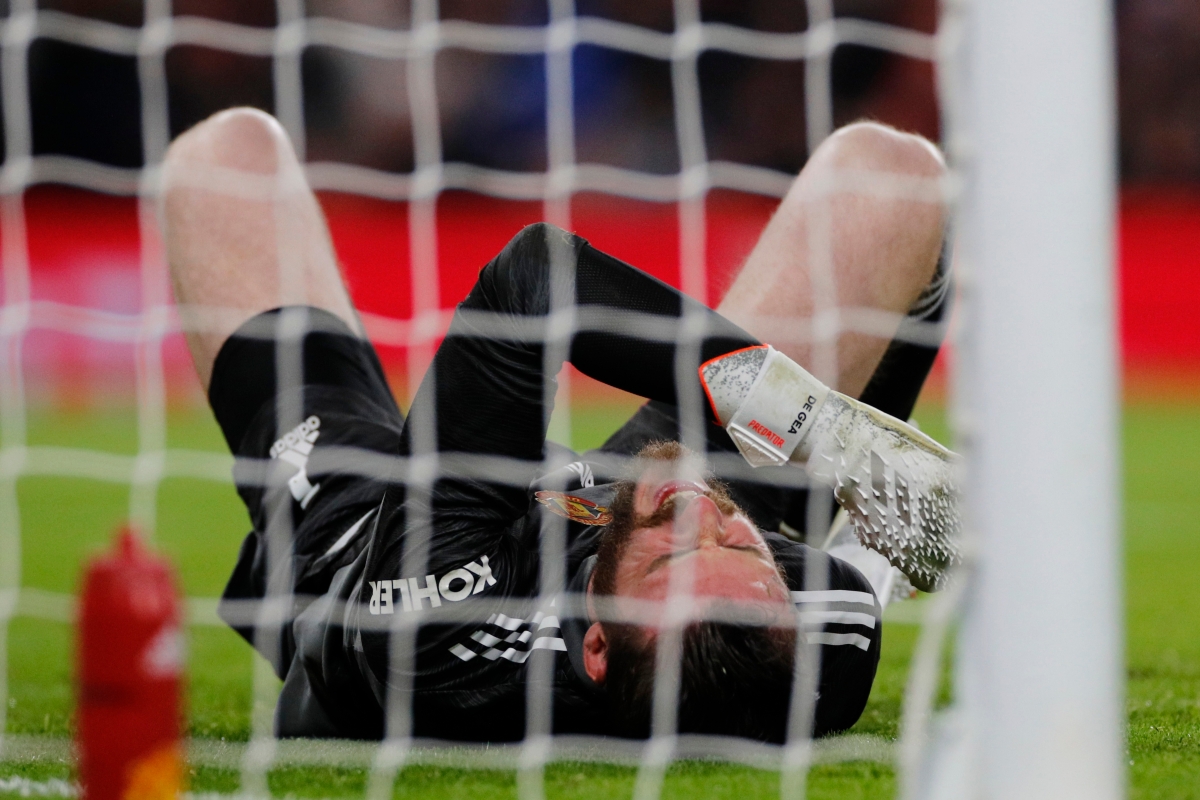 DAVID DE GEA has been slammed for going down too easily in Manchester United’s Premier League win over Arsenal.

The Spanish stopper went to ground in the 13th minute of Thursday night’s 3-2 victory over the Gunners after team-mate Fred accidentally stood on the back of his foot.

Emile Smith Rowe’s long-range effort whizzed past the crocked De Gea to give Arsenal the lead, although the Spaniard was back to his feet a few moments later.

And Premier League legend Alan Shearer believes the 31-year-old made a meal of the contact, saying: “I didn’t see or hear the referee blow.

“I didn’t see or hear a serious foul on the goalkeeper and it’s only that his own player stands on him.

“That happens in every game, someone standing on your foot or ankle.

“With him going down like that, not a care to where the ball is, yes they hurt.

FREE BETS: GET THE LATEST BETTING SIGN UP OFFERS AND FREE BETS

“But I’m not sure he should be staying down like that. He’s up on his feet a minute later anyway, so it couldn’t have hurt that much.

“There’s an argument, if there would’ve been a serious injury and he couldn’t carry on and had to be stretchered off, then there’s an argument in terms of fairness of play if Arsenal should’ve let Man Utd score.

“But he’s up on his feet a moment later. He’s walking around, he’s not limping. I think you get them in every game.”

The Arsenal legend said: “The last time I saw that was when I was 11 and my goalkeeper went to have a sandwich and left his goal – and then we were 1-0 down.”

He told SunSport: “It was bizarre as Smith Rowe fired home into an empty net with David de Gea injured on the ground.

“The strike was eventually awarded by VAR because referee Martin Atkinson did not see Fred had stepped on the foot of the United keeper.

“However, I don’t believe the controversial first-half incident should have reached that point.

“Atkinson clearly did not know why goalkeeper De Gea was lying on the ground.

“The United keeper could have had a head injury or something even more serious for all he knew.

“Therefore, the Yorkshire official should have used common sense and blown his whistle to stop play before Smith Rowe even took his shot at goal.

“We saw on the replays Atkinson went to blow and then stopped.

“Yes, De Gea should have been stronger but we must remember a goalkeeper is a specialist position because they are the only players on the field who can handle the ball.

“Atkinson’s positioning was poor, he got caught up in play and was in front of Smith Rowe when he took his shot. He should have moved six yards behind Smith Rowe to get in a better position.”

The incident mattered little as United avenged their 1-0 defeat to the Gunners at Old Trafford last season thanks to a first-half equaliser from Bruno Fernandes and a second-half brace from Cristiano Ronaldo.