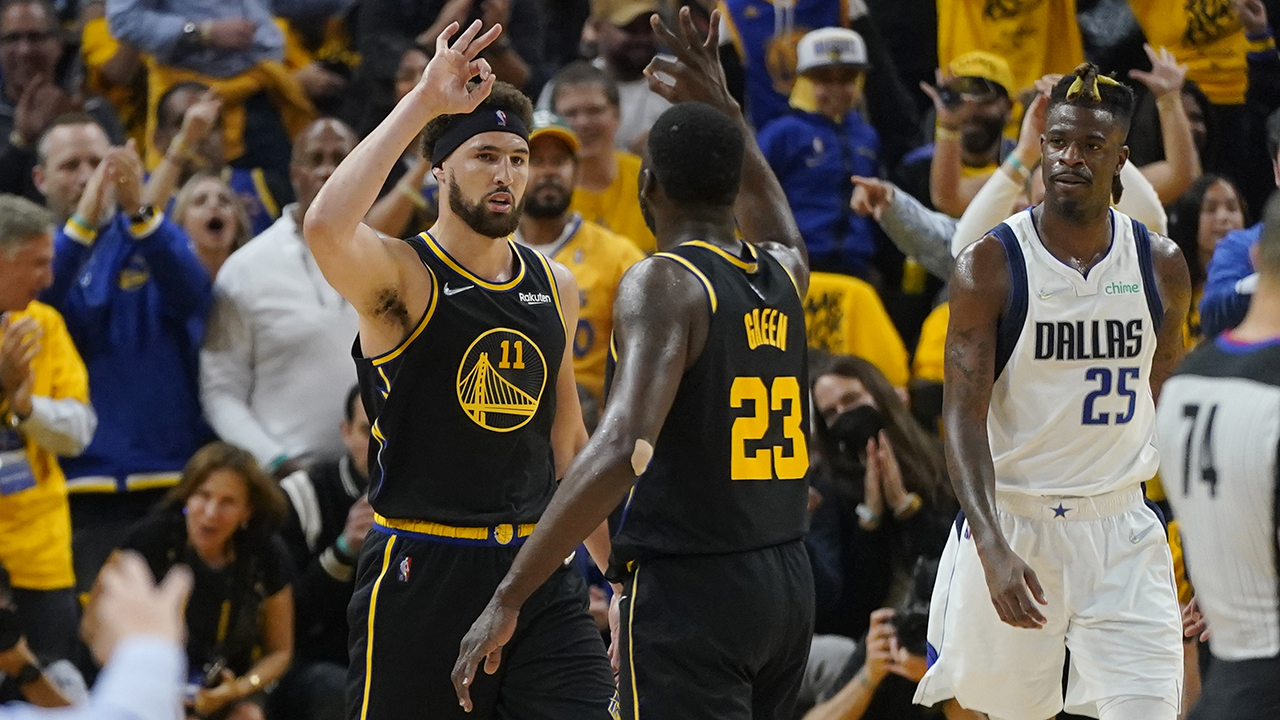 Klay Thompson shimmied his way to 32 points and the Golden State Warriors advanced to their sixth NBA Finals in the past eight seasons by beating the Dallas Mavericks 120-110 in Game 5 of the Western Conference finals on Thursday night.

Thompson scored 19 points in the first half, including a 3-pointer that he punctuated with teammate Stephen Curry’s signature shake as the Warriors raced out to a 17-point halftime lead and coasted the rest of the way.

After missing the playoffs in 2020 and ’21 in back-to back injury-plagued seasons, the Warriors are returning to a familiar stage. They are the first team to make six finals appearances in an eight-year span since the Michael Jordan-led Chicago Bulls had a pair of three-peats from 1991-93 and 1996-98.

Golden State will host the winner of the Eastern Conference finals between Boston and Miami on June 2 in Game 1 of the NBA Finals. The Celtics hold a 3-2 lead heading into Game 6 at home on Friday night.

The Warriors followed their pattern from the first two rounds by bouncing back after squandering a chance to end a series on the road by winning at home. Golden State is now 9-0 at the Chase Center this postseason, tying the 2017 team for the most consecutive home wins in a single postseason in NBA history.

The star this game was Thompson, who sat out the past two seasons with injuries but showed flashes of his old self in this clincher.

After making just seven 3-pointers in the first four games of the series, Thompson had eight this game. He gave the Warriors a 13-point lead in the first half when he hit one from the corner before dancing and added two early in the third quarter for a 23-point lead.

Dallas cut a 25-point deficit down to eight in the final minute of the third quarter but couldn’t get over the hump in the fourth. Thompson’s 3-pointer with just under 3 minutes left gave the Warriors a 15-point lead.