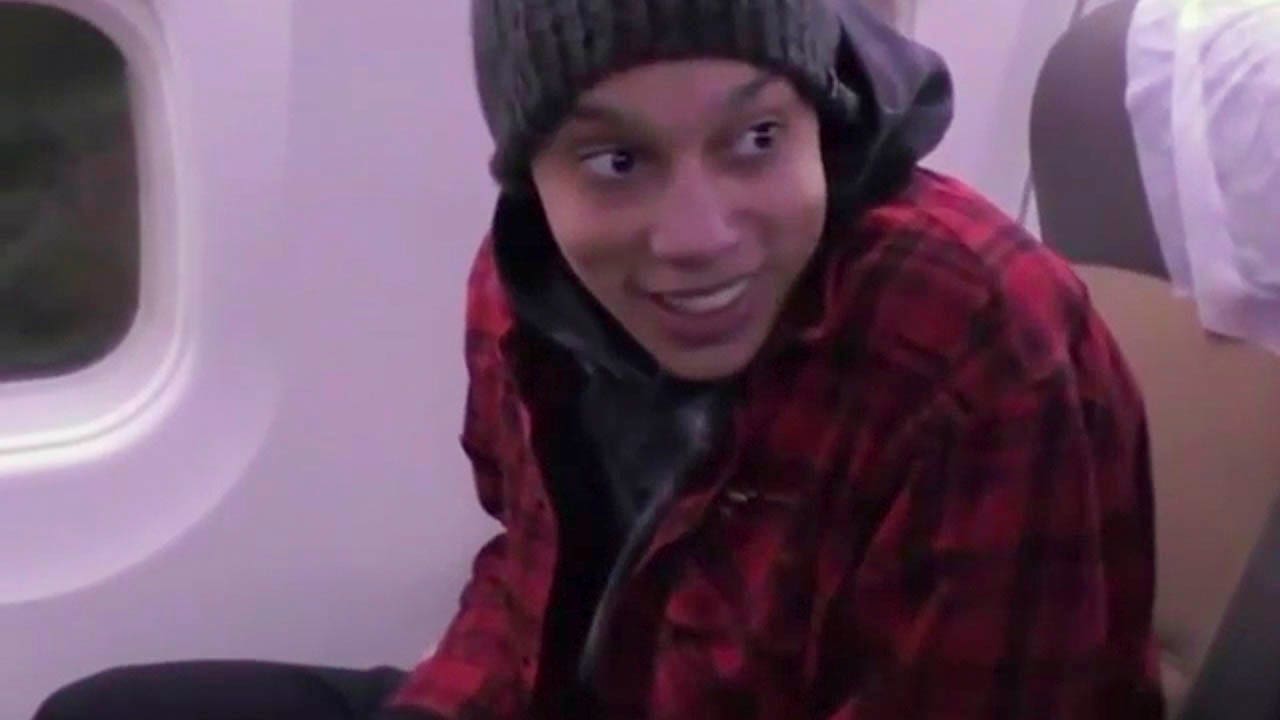 Brittney Griner’s release from a Russian prison in exchange for a convicted arms dealer reverberated throughout the sports world on Thursday.

Griner, a WNBA and Olympic champion, had been detained in Russia since February for bringing in vape cartridges containing oils derived from cannabis through a Moscow airport. She was later convicted and sent to a penal colony before being swapped for Viktor Bout in a 1-for-1 prisoner swap.

People walk past a mural of Brittney Griner outside the Footprint Center in Phoenix Dec. 8, 2022.
(REBECCA NOBLE/AFP via Getty Images)

While the reaction poured in hot and heavy throughout the day, Golden State Warriors star Stephen Curry offered his opinion at the Sports Illustrated Sportsperson of the Year Awards on Thursday night.

“We are glad she’s home, we’re glad she’s reunited with her family,” Curry said. “It’s a constant reminder for everybody continuing to use their platforms to speak on issues that are meaningful and can move the needle. Thank you to President Biden’s administration for being a part of that fight.

Perci Ami, left, of Laveen, Ariz., and Patty Talahongva show support for Brittney Griner, Thursday, Dec. 8, 2022, in Phoenix. Griner was released from a Russian prison in a prisoner swap earlier in the day.
(AP Photo/Rick Scuteri)

“But it’s also a reminder that we all need to stay engaged in the fight to protect American citizens at home and abroad who are wrongfully detained, and we can continue to be engaged in that fight. BG, we love you. We thank you for your sacrifice and your continued perseverance and patience to get through this process, and hope you enjoy reuniting with your family. We are always with you BG.”

Curry spoke on her release on the red carpet for the event as well.

“It is amazing that Brittney’s home,” he said. “It was obviously too long of a process to get her back from being unlawfully and unrightly detained in Russia. I think one, shout out to President Biden and his administration and all the athletes, activists, people who used their platform to speak on her behalf. I know there’s a conversation now there’s hopefully leading to protecting and speaking on other American citizens that are still unlawfully detained overseas and knowing that there’s still a lot of families that are in a similar predicament. This is great news that Brittney is home, excited to see her get back with her family.”

Griner and Bout were formally exchanged on a tarmac in the United Arab Emirates and boarded planes to return to their homes.