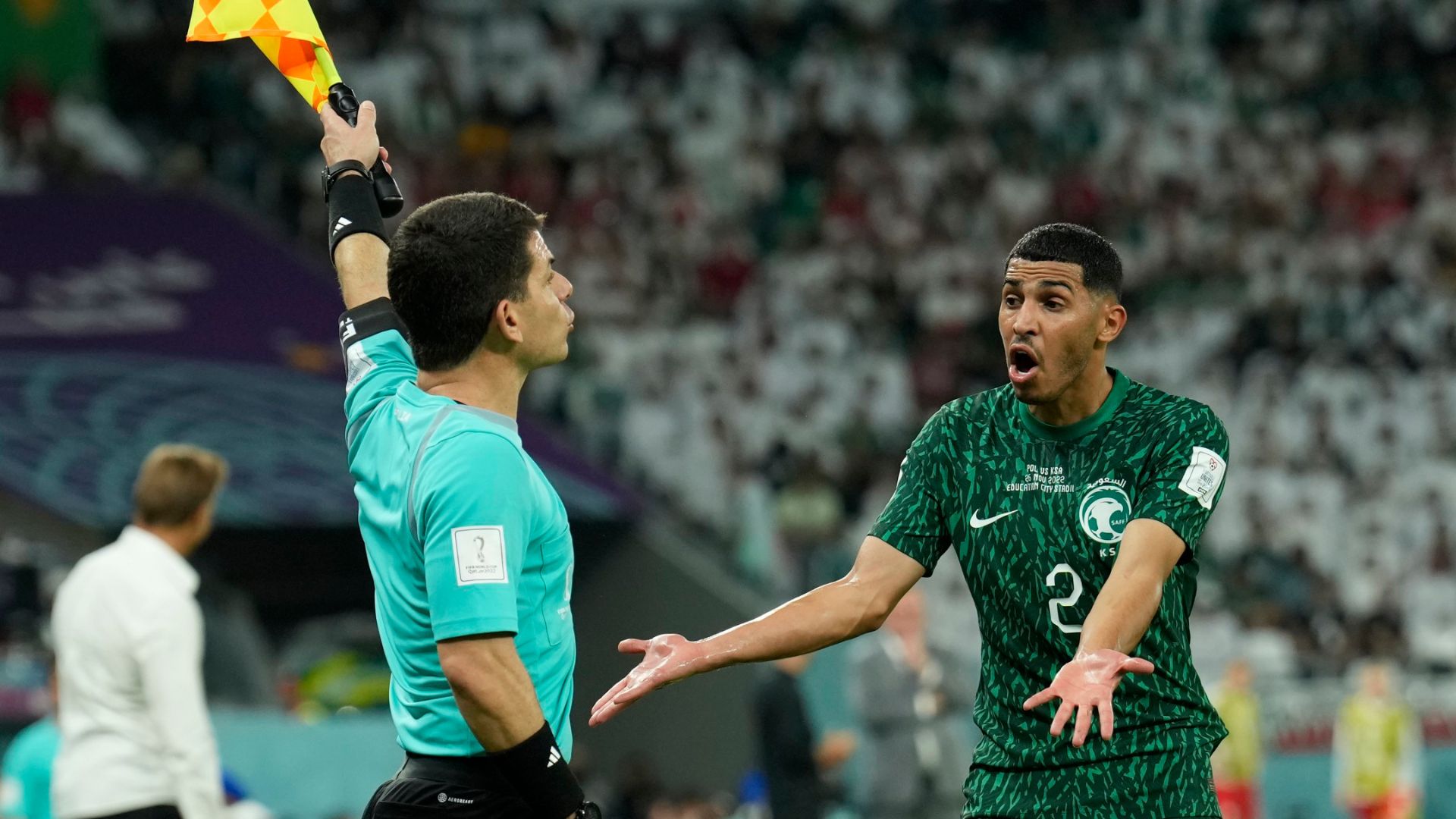 THERE’S nothing more exciting than seeing your football team go through on goal – until the assistant referee raises their delayed flag for offside.

Argentina was on the bitter end of this in their shocking 2-1 loss to Saudi Arabia.

But it has been something that referees have been instructed to do since the 2020/21 campaign.

Find out why below…

Why do assistant referees delay raising their flag for offside?

Referees were told at the beginning of the 2020/21 season that they must keep their flags down during an immediate goal-scoring opportunity even if they think it is offside.

And they must only raise their flag once the passage of play has come to an end.

However, if a goal is scored and the assistant referee opts to call for offside, the incident will then be reviewed by VAR.

VAR will then confirm or rule against the decision depending on what is shown on the monitor.

When has this happened at the World Cup?

Messi, 35, thought he had dispatched his second of the day when coolly slotted home past Saudi goalkeeper Mohamed Alowais.

However, his celebration was cut short after seeing the assistant referee eventually raise their flag for offside.

And Lautaro Martinez was haunted by the same problem minutes later.

What else do they use for offsides at the World Cup?

A semi-automatic offside tool has been used at the World Cup and it is a piece of technology introduced to make VAR decisions quicker and more accurate.

It will be done by a system using a computer tracker of 29 body parts of each player, combined with a microchip inside the ball.

This is expected to determine the positions of the players at the exact moment the ball has been played.

So in the case of an offside situation, the video operations room will receive an automated alert alongside an automatically selected point and instantly drawn lines within seconds of the incident.

Match officials will then have to validate the proposed selected kick point and the drawn offside line before VAR communicates the final decision on the pitch.

Extra VAR officials will be in charge of calling offsides with the algorithm providing a 3D animation to explain a call in an average of 25 seconds.

And that illustration is then available on the giant screens within the stadium for TV viewers to take a look at in the next stoppage of play.