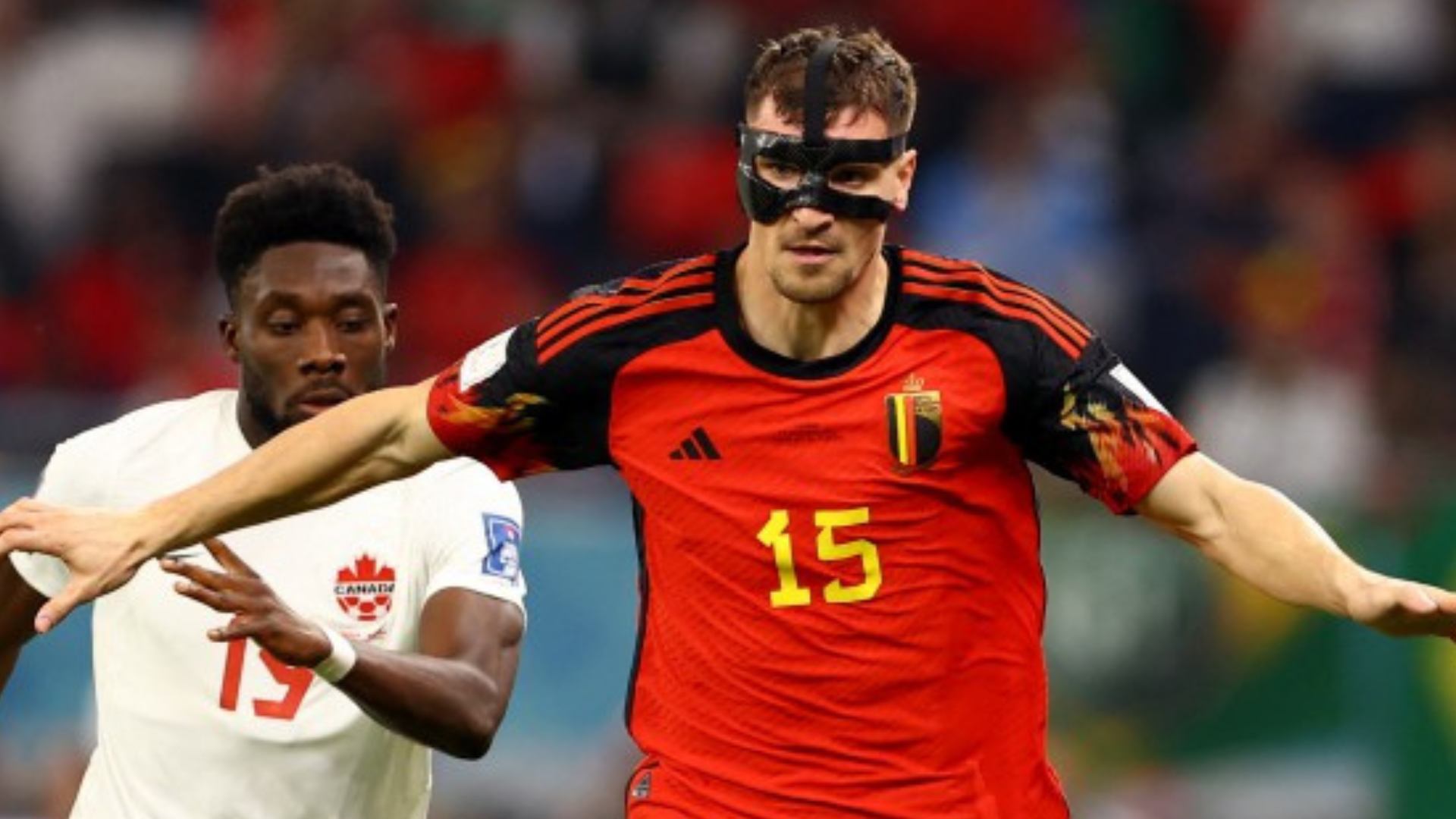 BELGIUM are back at the World Cup and hoping to go further than the semi-finals this time.

As usual, they have a squad stacked with plenty of talent from big teams all over the world.

And one of their players is Borussia Dortmund star Thomas Meunier.

The defender came on in the Red Devils’ clash with Canada and was seen wearing a mask.

Players such as Fernando Torres, Pierre-Emerick Aubameyang and Antonio Rudiger have all worn face masks before.

And Tottenham star Heung-min Son will also be wearing one this World Cup. So why is Meunier donning one?

Why is Thomas Meunier wearing a mask?

Meunier suffered a fractured cheekbone in Dortmund’s clash with Hannover 96 earlier this season.

The right-back had to undergo surgery on the injury, which caused him to miss weeks of football.

But Dortmund revelled surgery was a success and that Meunier would be part of Belgium’s World Cup squad.

He started on the bench for Belgium in their clash against Canada, but came on in the second half.

South Korea star Son will wear a mask when he steps onto the field to play Uruguay on Thursday afternoon.

Son also suffered a fracture in his face, more specifically around the eye socket, while playing for Tottenham in the Champions League.