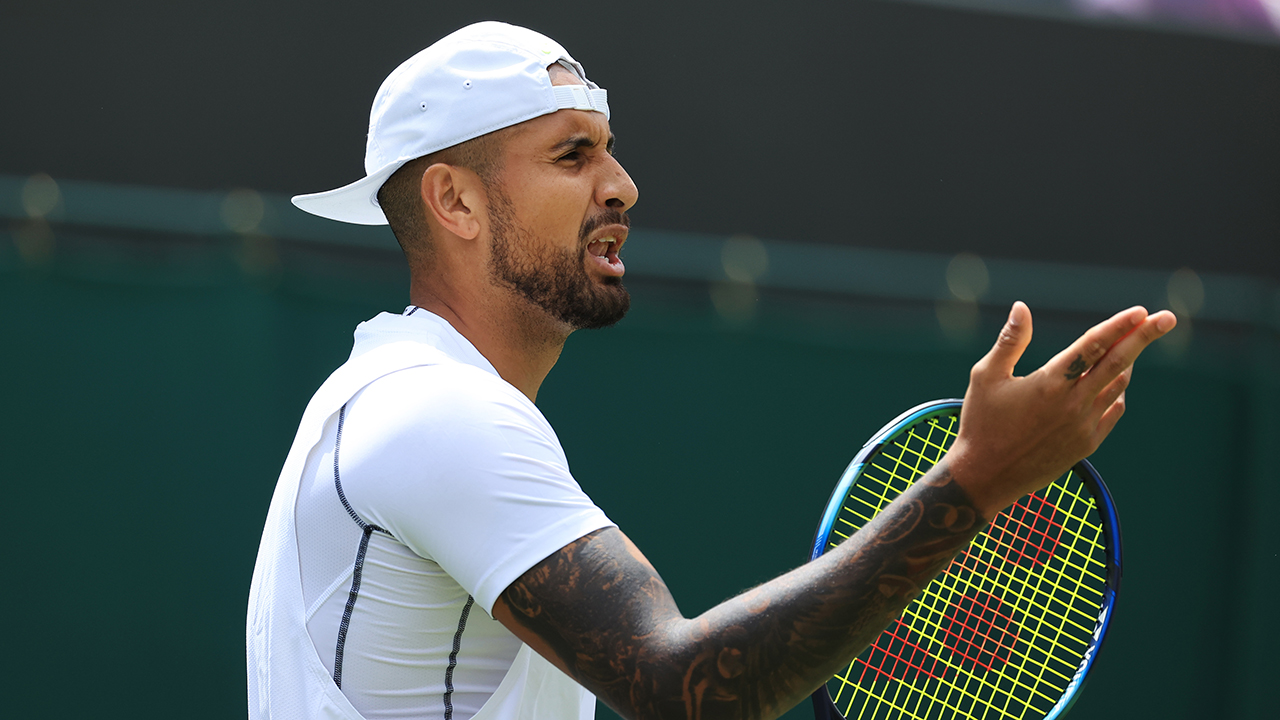 Australian tennis player Nick Kyrgios is set to appear in court next month on charges that he allegedly assaulted a former girlfriend in December 2021.

Australian Federal Police confirmed Tuesday that a 27-year-old Watson man, later identified as Kyrgios, is set to appear before the ACT Magistrates Court on Aug. 2 on “one charge of common assault,” The Canberra Times reported.

Nick Kyrgios (AUS) complains during his Gentlemen’s Singles 1st Round match against Paul Jubb (GBR) during day two of The Championships Wimbledon 2022 at All England Lawn Tennis and Croquet Club on June 28, 2022 in London, England.
(Simon Stacpoole/Offside/Offside via Getty Images)

A law firm representing the Wimbledon quarterfinalist released a statement Tuesday confirming that Kyrgios has not been charged until he appears in court.

“It’s in the context of a domestic relationship,” Jason Moffett told The Canberra Times of the case. “The nature of the allegation is serious, and Mr. Kyrgios takes the allegation very seriously.”

Nick Kyrgios of Australia celebrates his victory over Stefanos Tsitsipas of Greece during day six of The Championships Wimbledon 2022 at All England Lawn Tennis and Croquet Club on July 02, 2022 in London, England.
(Frey/TPN/Getty Images)

Kyrgios is back in the quarterfinals at Wimbledon for the first time since 2014, but his journey there has not been without controversy.

Following several outbursts in his First Round victory, the All England Club fined Kyrgios $10,000 for spitting in the direction of a heckling fan. Then, in his heavily anticipated Third Round match against Stefanos Tsitsipas, he got out of order with the chair umpire and demanded that his opponent be defaulted.

Kyrgios is likely to be fined again for breaking Wimbledon’s all-white dress code by wearing red shoes in his match against American Brandon Nakashima.

Nick Kyrgios, of Australia, during his match against Brandon Nakashima, of the United States of America, during their Men’s Singles Fourth Round match on day eight of The Championships Wimbledon 2022 at All England Lawn Tennis and Croquet Club on July 04, 2022 in London, England.
(Visionhaus/Getty Images)

Kyrgios has a history of crossing the line during matches. In 2019, he was placed on a six-month probation by the ATP Tour after being fined $113,000 for eight infractions at a tournament. Earlier that season, he was defaulted from a match at the Italian Open after throwing a chair. In 2016, he was suspended by the ATP for not trying to win and for insulting fans during the Shanghai Masters.

Fox News’ Ryan Gaydos and The Associated Press contributed to this report.