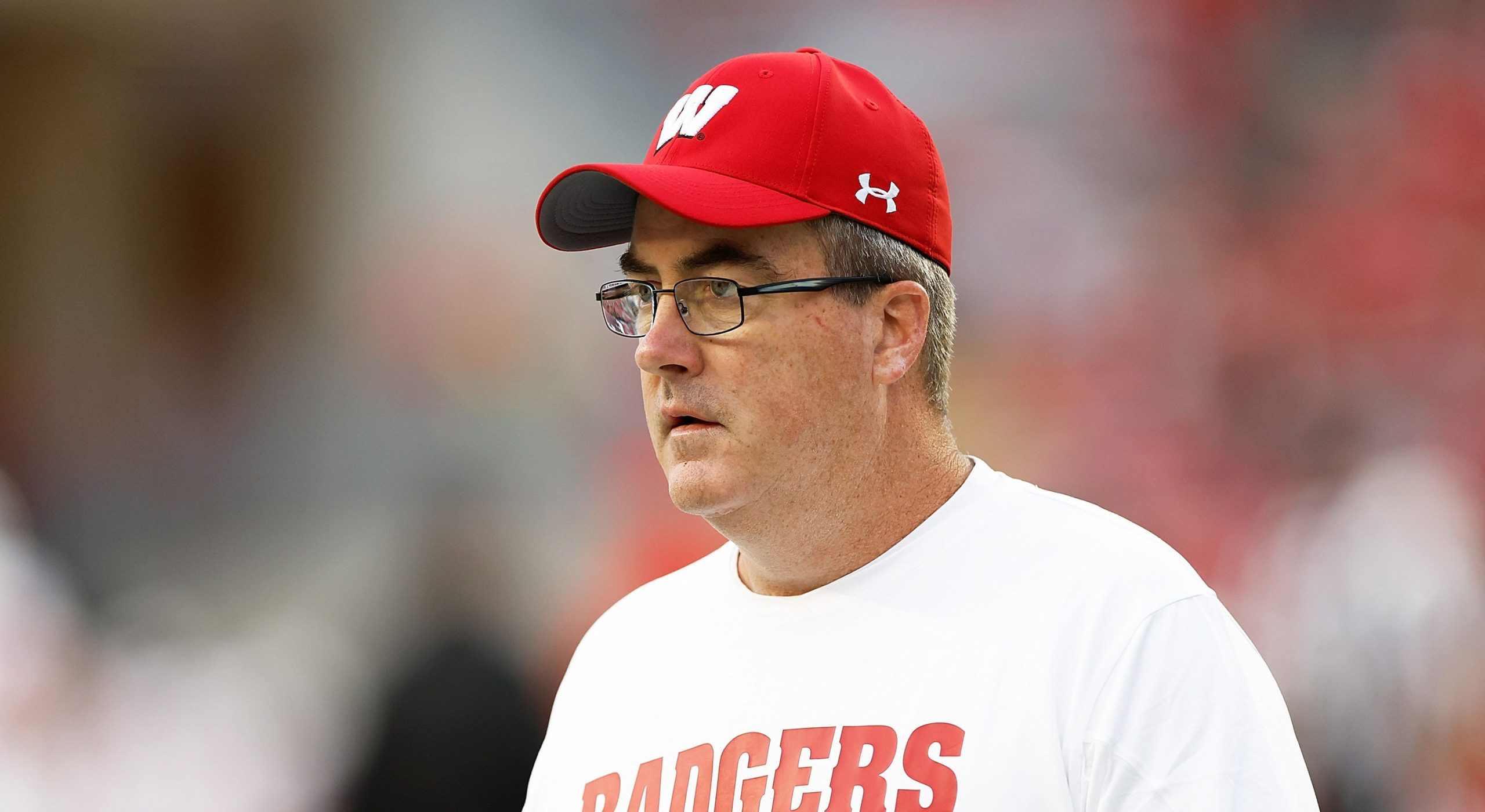 “After a heartfelt and authentic conversation with Coach Chryst about what is in the long-term best interest of our football program, I have concluded that now is the time for a change in leadership,” McIntosh said. “Paul is a man of integrity who loves his players. I have great respect and admiration for Paul and the legacy of him and his family at the University of Wisconsin.”

Head coach Paul Chryst of the Wisconsin Badgers during the game against the New Mexico Aggies at Camp Randall Stadium on September 17, 2022 in Madison, Wisconsin.
(John Fisher/Getty Images)

This surprise move comes after the Badgers were dominated by Illinois on Saturday, losing 34-10 on their home turf. But that isn’t the only blowout this season, as Ohio State beat them 52-21 in their first Big Ten game of the year in the previous week.

Moving forward, McIntosh is sure Leonhard can make things better for Wisconsin’s program.

“I also have confidence in Jim Leonhard to guide the program for the remainder of the season,” McIntosh said. “There is still a lot of season left to play and I know Jim will do a great job while the program is under his leadership.”

Head coach Paul Chryst of the Wisconsin Badgers looks on during the game against the Washington State Cougars at Camp Randall Stadium on September 10, 2022 in Madison, Wisconsin.
(John Fisher/Getty Images)

Chryst being fired leaves his contract situation up for questioning, as the university still owes him $16.4 million if there was no cause for the firing, ESPN reported. A negotiation could happen to get that number down on the contract that ran through 2026.

Chryst spent seven seasons as head coach for the Badgers, earning himself a 67-26 record, with at least 10 games won four of his first five seasons. He has taken home bowl wins as well, collecting Cotton Bowl and Orange Bowl victories.

Leonhard, a former defensive back for the Badgers, takes over with Northwestern next on the schedule as his first game leading the team.

Head coach Paul Chryst of the Wisconsin Badgers before the game against the Illinois State Redbirds at Camp Randall Stadium on September 03, 2022 in Madison, Wisconsin.
(Josh Fisher/Getty Images)

“I appreciate Chris McIntosh placing his trust in me to lead our team,” Leonhard said. “My focus right now is on our players and moving forward with preparing them for our game on Saturday at Northwestern.”